Hope that helps in understanding the concepts behind the Naive Bayes algorithm. 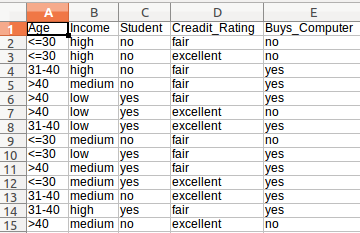 Not the answer you're looking for? Browse other questions tagged algorithm machine-learning dataset classification naivebayes or ask your own question.