To view whitespace the setting is:

Remember the settings are JSON so no trailing commas.

I use Unicode Character Highlighter, can show whitespaces and some other special characters.

Add this by, Package Control

If you really only want to see trailing spaces, this ST2 plugin will do the trick: https://github.com/SublimeText/TrailingSpaces

If you want to be able to toggle the display of whitespaces on and off, you can install the HighlightWhitespaces plugin

Here is an Official tutorial of how to do that!
http://sublimetexttips.com/show-whitespace-sublime-text/ 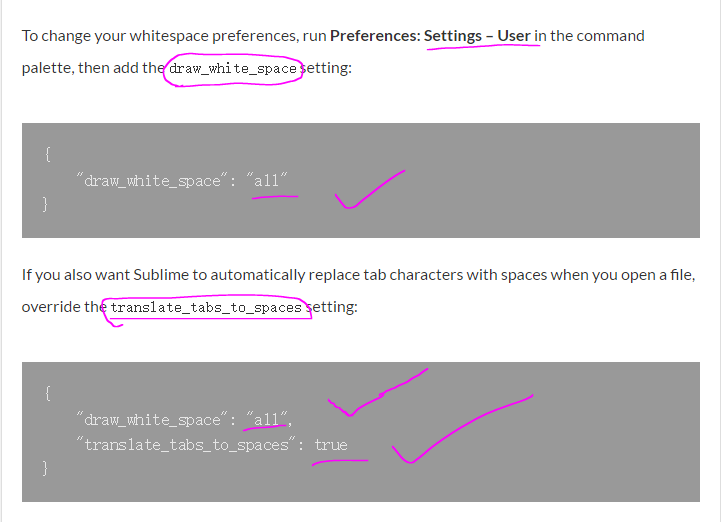 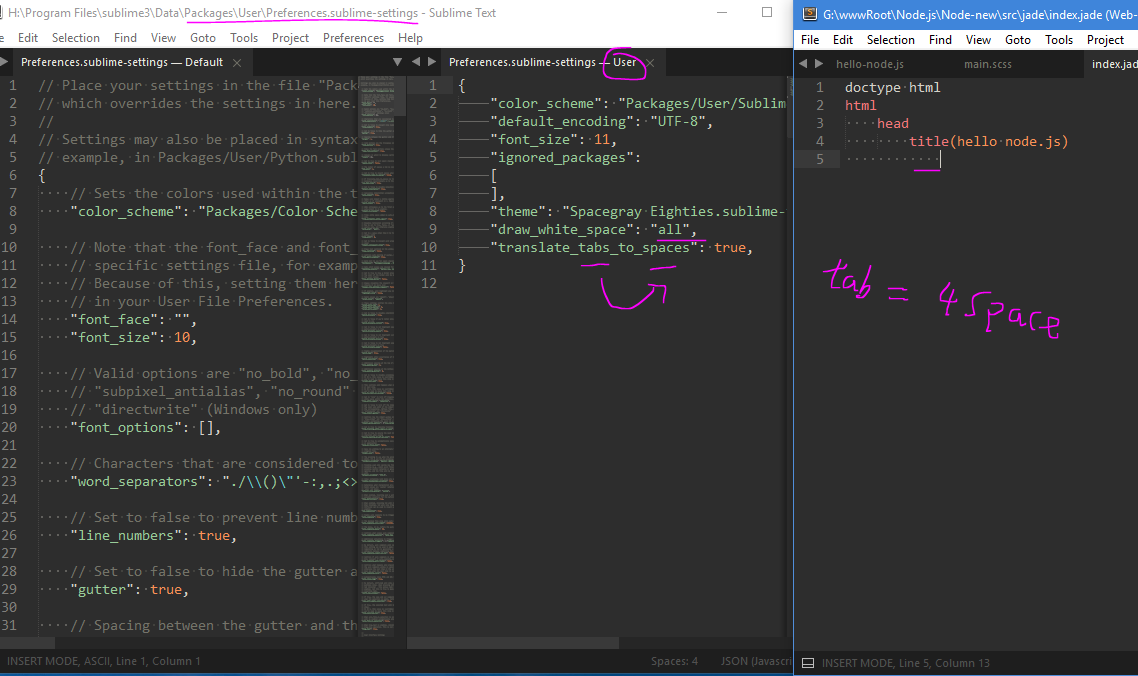 Hope help for you!

I know this is an old thread, but I like my own plugin that can cycle through whitespace modes (none, selection, and all) via a single shortcut. It also provides menu items under a View | Whitespace menu.

Hopefully people will find this useful - it is used by a lot of people :)

A "quick and dirty" way is to use the find function and activate regular expressions.

Then just search for : \s for highlighting spaces \t for tabs \n for new-lines etc.

I've several plugins (including Unicode Character Highlighter), but the only one which found the character that was hiding from me today was Highlighter.

You can test to see if it's working by pasting in the text from the readme.

For reference, the character causing me trouble was  .

For a sanity check, tap your right arrow key over a range of text containing an invisible character, and you'll need to right-arrow twice to move past the character.

Not the answer you're looking for? Browse other questions tagged sublimetext sublimetext2 or ask your own question.

16
How to debug indentation errors in python
2
Is it possible to visualize tabs and spaces on Cloud9 IDE?
1
I copy & pasted working code into my IDE - now Python is throwing tons of errors
-3
Python Indentation Error
2
Removing annoying whitespace dots
0
newbie: idled python def
1
How to deal with u\200b in sublime text?
1
Python error I'm doing completely right but i got an error