What is ADT? (Abstract Data Type)

I am currently studying about Abstract Data Types (ADT's) but I don't get the concept at all. Can someone please explain to me what this actually is? Also what is collection, bag, and List ADT? in simple terms?

Abstract Data Type(ADT) is a data type, where only behavior is defined but not implementation.

Opposite of ADT is Concrete Data Type (CDT), where it contains an implementation of ADT.

Examples:
Array, List, Map, Queue, Set, Stack, Table, Tree, and Vector are ADTs. Each of these ADTs has many implementations i.e. CDT. The container is a high-level ADT of above all ADTs. 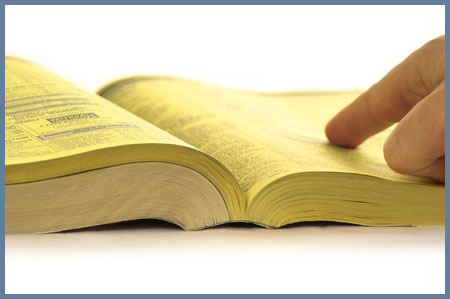 The Abstact data type Wikipedia article has a lot to say.

In computer science, an abstract data type (ADT) is a mathematical model for a certain class of data structures that have similar behavior; or for certain data types of one or more programming languages that have similar semantics. An abstract data type is defined indirectly, only by the operations that may be performed on it and by mathematical constraints on the effects (and possibly cost) of those operations.

In slightly more concrete terms, you can take Java's List interface as an example. The interface doesn't explicitly define any behavior at all because there is no concrete List class. The interface only defines a set of methods that other classes (e.g. ArrayList and LinkedList) must implement in order to be considered a List.

A collection is another abstract data type. In the case of Java's Collection interface, it's even more abstract than List, since

The List interface places additional stipulations, beyond those specified in the Collection interface, on the contracts of the iterator, add, remove, equals, and hashCode methods.

A bag is also known as a multiset.

In Java, a Bag would be a collection that implements a very simple interface. You only need to be able to add items to a bag, check its size, and iterate over the items it contains. See Bag.java for an example implementation (from Sedgewick & Wayne's Algorithms 4th edition).

An abstract data type could be defined as a mathematical model with a collection of operations defined on it. A simple example is the set of integers together with the operations of union, intersection defined on the set.

A useful tool for specifying the logical properties of data type is the abstract data type. Fundamentally, a data type is a collection of values and a set of operations on those values. That collection and those operations form a mathematical construct that may be implemented using a particular hardware and software data structure. The term "abstract data type" refers to the basic mathematical concept that defines the data type.

An ADT consists of two parts:-

The value definition defines the collection of values for the ADT and consists of two parts:

For example, the value definition for the ADT RATIONAL states that a RATIONAL value consists of two integers, the second of which does not equal to 0.

Each operator is defined as an abstract junction with three parts.

For example the operator definition of the ADT RATIONAL includes the operations of creation (makerational), addition (add) and multiplication (mult) as well as a test for equality (equal). Let us consider the specification for multiplication first, since, it is the simplest. It contains a header and post-conditions, but no pre-conditions.

The header of this definition is the first two lines, which are just like a C function header. The keyword abstract indicates that it is not a C function but an ADT operator definition.

The post-condition specifies, what the operation does. In a post-condition, the name of the function (in this case, mult) is used to denote the result of an operation. Thus, mult [0] represents numerator of result and mult 1 represents the denominator of the result. That is it specifies, what conditions become true after the operation is executed. In this example the post-condition specifies that the neumerator of the result of a rational multiplication equals integer product of numerators of the two inputs and the denominator equals th einteger product of two denominators.

In computer science, a list or sequence is an abstract data type that represents a countable number of ordered values, where the same value may occur more than once. An instance of a list is a computer representation of the mathematical concept of a finite sequence; the (potentially) infinite analog of a list is a stream. Lists are a basic example of containers, as they contain other values. If the same value occurs multiple times, each occurrence is considered a distinct item

The name list is also used for several concrete data structures that can be used to implement abstract lists, especially linked lists. 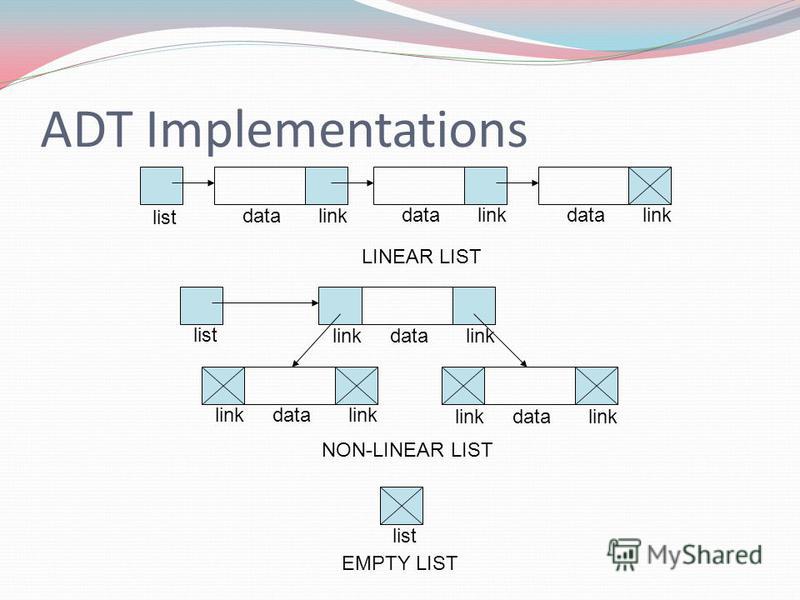 A bag is a collection of objects, where you can keep adding objects to the bag, but you cannot remove them once added to the bag. So with a bag data structure, you can collect all the objects, and then iterate through them. You will bags normally when you program in Java.

Image of a Bag 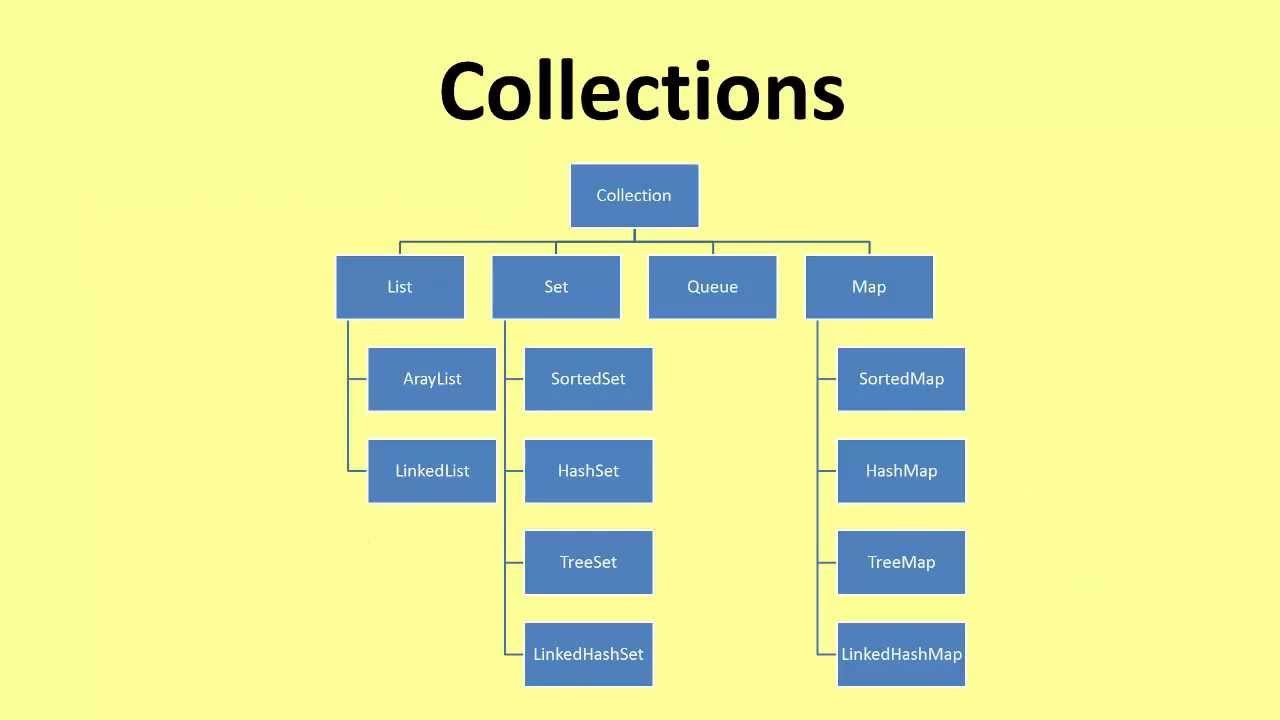 For example, lets see specifications of some Abstract Data Types,

One of the simplest explanation given on Brilliant's wiki:

Abstract data types, commonly abbreviated ADTs, are a way of classifying data structures based on how they are used and the behaviors they provide. They do not specify how the data structure must be implemented or laid out in memory, but simply provide a minimal expected interface and set of behaviors. For example, a stack is an abstract data type that specifies a linear data structure with LIFO (last in, first out) behavior. Stacks are commonly implemented using arrays or linked lists, but a needlessly complicated implementation using a binary search tree is still a valid implementation. To be clear, it is incorrect to say that stacks are arrays or vice versa. An array can be used as a stack. Likewise, a stack can be implemented using an array.

ADT are a set of data values and associated operations that are precisely independent of any paticular implementaition. The strength of an ADT is implementaion is hidden from the user.only interface is declared .This means that the ADT is various ways

Abstract Data type is a mathematical module that includes data with various operations. Implementation details are hidden and that's why it is called abstract. Abstraction allowed you to organise the complexity of the task by focusing on logical properties of data and actions.

To simplify the process of solving problems, we combine the data structures with their operations and we call this "Abstract Data Type". (ADT's).

Simply Abstract Data Type is nothing but a set of operation and set of data is used for storing some other data efficiently in the machine. There is no need of any perticular type declaration. It just require a implementation of ADT.

To solve problems we combine the data structure with their operations. An ADT consists of two parts:

Commonly used ADT's are Linked Lists, Stacks, Queues, Priority Queues, Trees etc. While defining ADTs we don't need to worry about implementation detals. They come into picture only when we want to use them.

Abstract data type are like user defined data type on which we can perform functions without knowing what is there inside the datatype and how the operations are performed on them . As the information is not exposed its abstracted. eg. List,Array, Stack, Queue. On Stack we can perform functions like Push, Pop but we are not sure how its being implemented behind the curtains.

ADT is a set of objects and operations, no where in an ADT’s definitions is there any mention of how the set of operations is implemented. Programmers who use collections only need to know how to instantiate and access data in some pre-determined manner, without concerns for the details of the collections implementations. In other words, from a user’s perspective, a collection is an abstraction, and for this reason, in computer science, some collections are referred to as abstract data types (ADTs). The user is only concern with learning its interface, or the set of operations its performs...more

Abstract data type is the collection of values and any kind of operation on these values. For example, since String is not a primitive data type, we can include it in abstract data types.

ADT is a data type in which collection of data and operation works on that data . It focuses on more the concept than implementation.. It's up to you which language you use to make it visible on the earth Example: Stack is an ADT while the Array is not Stack is ADT because we can implement it by many languages, Python c c++ java and many more , while Array is built in data type

An abstract data type, sometimes abbreviated ADT, is a logical description of how we view the data and the operations that are allowed without regard to how they will be implemented. This means that we are concerned only with what the data is representing and not with how it will eventually be constructed.

Abstractions give you only information(service information) but not implementation. For eg: When you go to withdraw money from an ATM machine, you just know one thing i.e put your ATM card to the machine, click the withdraw option, enter the amount and your money is out if there is money. This is only what you know about ATM machines. But do you know how you are receiving money?? What business logic is going on behind? Which database is being called? Which server at which location is being invoked?? No, you only know is service information i.e you can withdraw money. This is an abstraction.

Similarly, ADT gives you an overview of data types: what they are / can be stored and what operations you can perform on those data types. But it doesn’t provide how to implement that. This is ADT. It only defines the logical form of your data types.

An abstract data type(ADT) is an abstraction of a data structure that provides only the interface to which the data structure must adhere. The interface does not give any specific details about how something should be implemented or in what programming language. 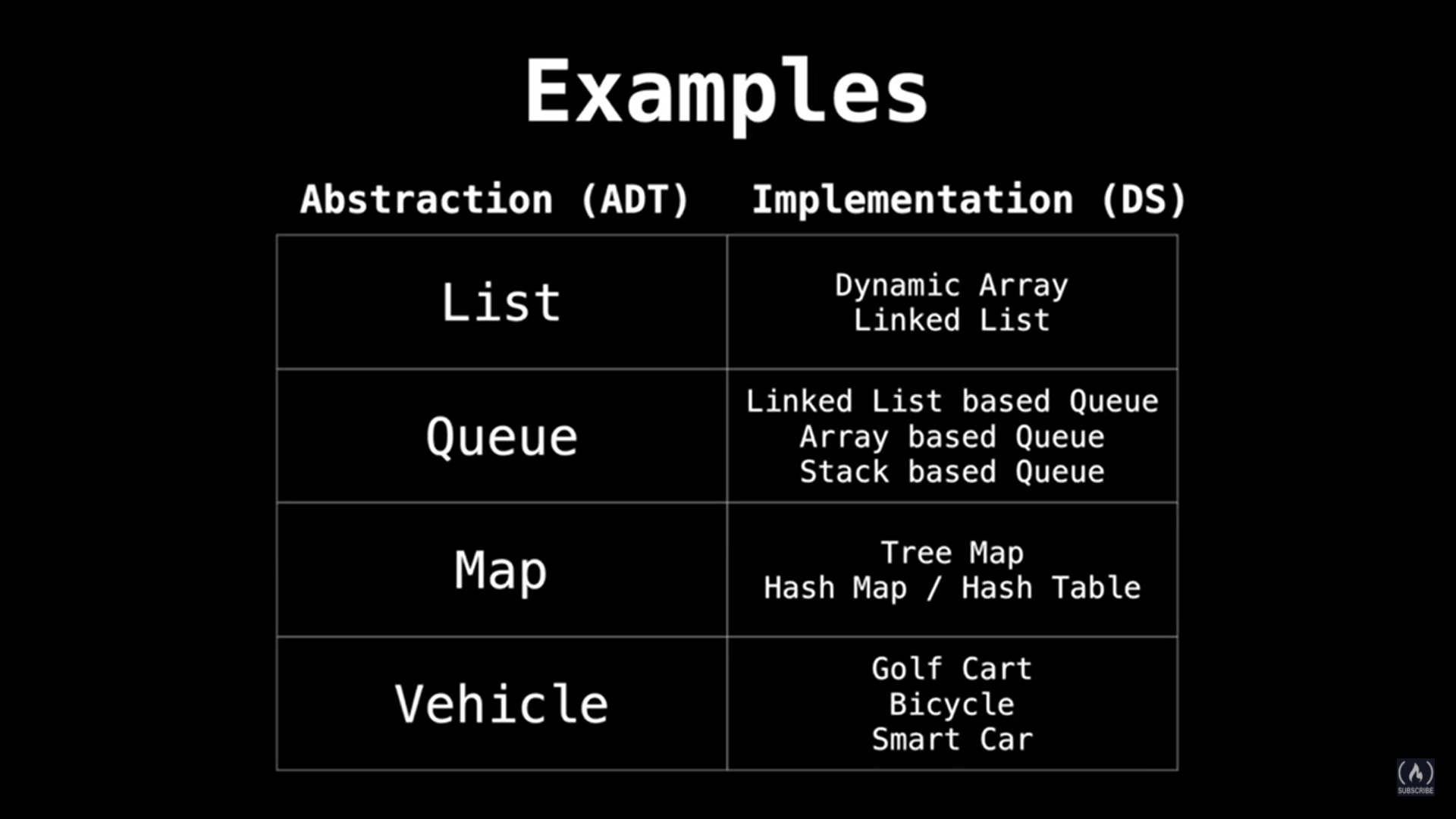 The term data type is as the type of data which a particular variable can hold - it may be an integer, a character, a float, or any range of simple data storage representation. However, when we build an object oriented system, we use other data types, known as abstract data type, which represents more realistic entities.

66
What is an abstract data type in object oriented programming?
0
Segmentation fault in postfix to infix C code
-1
Is my example a description for ADTs? (java)
0
What characterises an Abstract Data Type
1
Is there an in-built linked list node in Java libraries