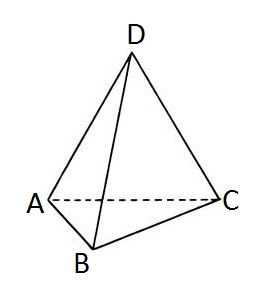 I was thinking of doing a depth first search, stopping when steps > n || (steps == n && vertex != V_start), however, this becomes rather expensive if, for instance, n = 1000000. My next thought led me to combining DFS with dynamic programming, however, this is where I'm stuck.

(This is not homework, just me getting stuck playing around with graphs and algorithms for the sake of learning.)

How would I go about solving this in a reasonable time with a large n?

This task is solved by matrix multiplication.

Create matrix nxn containing 0s and 1s (1 for a cell mat[i][j] if there is path from i to j). Multiply this matrix by itself k times (consider using fast matrix exponentiation). Then in the matrix's cell mat[i][j] you have the number of paths with length k starting from i and ending in j.

NOTE2: Lets assume n is the number of vertices in the graph. Then the algorithm I propose here runs in time complexity O(log k * n3) and has memory complexity of O(n 2). You can improve it a bit more if you use optimized matrix multiplication as described here. Then the time complexity will become O(log k * nlog27).

EDIT As requested by Antoine I include an explanation why this algorithm actually works:

I will prove the algorithm by induction. The base of the induction is obvious: initially I have in the matrix the number of paths of length 1.

Let us assume that until the power of k if I raise the matrix to the power of k I have in mat[i][j] the number of paths with length k between i and j.

Now lets consider the next step k + 1. It is obvious that every path of length k + 1 consists of prefix of length k and one more edge. This basically means that the paths of length k + 1 can be calculated by (here I denote by mat_pow_k the matrix raised to the kth power)

Again: n is the number of vertices in the graph. This might take a while to understand, but basically the initial matrix has 1 in its mat[i][y] cell only if there is direct edge between x and y. And we count all possible prefixes of such edge to form path of length k + 1.

However the last thing I wrote is actually calculating the k + 1st power of mat, which proves the step of the induction and my statement.

Not the answer you're looking for? Browse other questions tagged c++ c algorithm graph or ask your own question.

540
What algorithms compute directions from point A to point B on a map?
2
Graph connectedness assignment
2
Is the problem of finding the simple path with maximum cost in a weighted undirected graph with the same number of vertex and edges NP-Complete?
4
Find all possible Euler cycles
1
Shortest path between vertices of an edge in a graph which should not be the edge itself
5
Number of connected-components in a undirected graph
4
Most rewarding path in a graph
4
Finding best paths in a fully connected graph
2
Determine if an undirected Graph is a tree
0
Visit N special edges in graph in least time