I want to display Googlemaps on our website in German. All the country, continent and ocean names should be displayed in German. I use this as the source for the script: "https://maps.googleapis.com/maps/api/js?sensor=false&language=de". When I set language to en or ja all names are displayed in English or Japanese, but de for German or fr for French don´t work.

Any hints for solving this problem are strongly appreciated.

I have tried the same thing on my map and at first, I thought I was seeing the same results. However, the language change can sometimes be subtle, especially if you just look at a high level map of the world, because many of the country names are the same. Of course, it is very easy to see the difference for Japanese, because that language uses a different character set.

The easiest way I have found to quickly check the language change is to notice whatever map controls you have displayed on your map. I display the Satellite, Terrain, etc. options in the upper-right corner of my map. And with those, you can quickly see that the language has changed.

It's working for me, it just takes digging down a little to notice the change. Google maintains a list of supported languages and for those languages that don't change the map labels, here is a quote from the Google Docs:

Map controls and directions in the Directions Panel have been translated for a subset of languages listed in Supported Languages Spreadsheet. Labels on maps are presented in the preferred language when translations are available.

More detail about this specific point, specifically about map labels, has been included at the bottom of this answer.

Here is an example of the map labels after setting language=de: 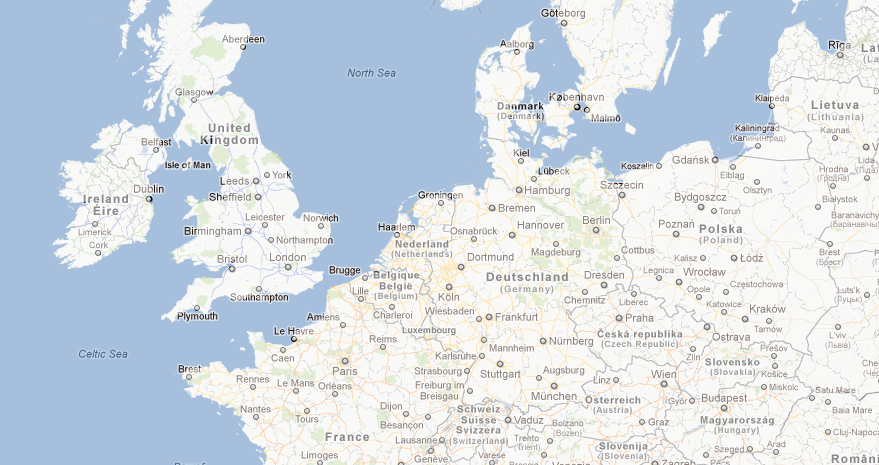 Notice the differences in the labels for: Deutschland, Ceska rebublika, and Polska.

And here is an example of the labels with no language setting (defaults to English because of my browser settings): 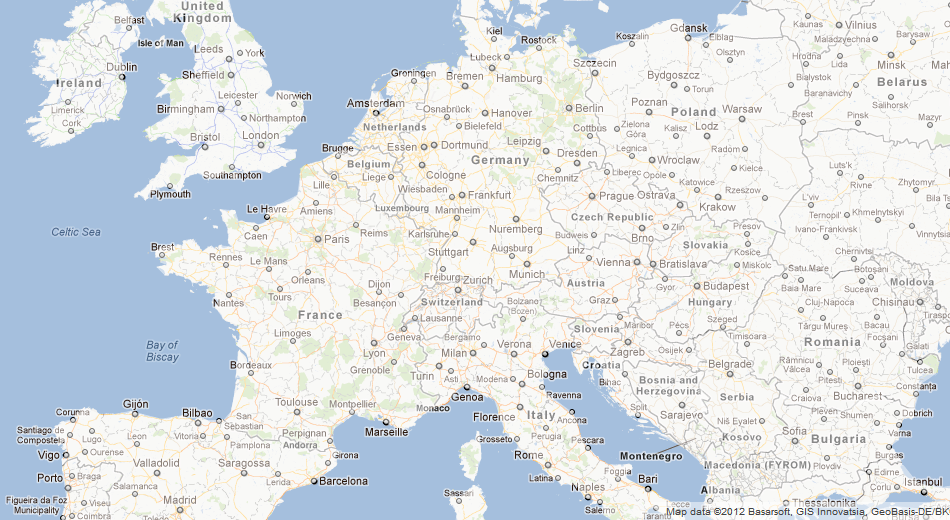 Notice the differences in the labels for: Germany, Czech Republic, and Poland.

Here is a shot that displays China and Japan using `language=de':

Many map labels appear the same in either language, but there are also many differences. The reasons for the differences are explained in this definitive explanation, direct from Google Support:

For actual place names (map labels), we share the same data as maps.google.com. Here it makes less sense to translate place names in Australia to (say) German, and more sense to offer a translation in Japanese and Chinese characters, where Latin-based names would be otherwise illegible. Having said this, the Greek and Arabic languages (and possibly others) have yet to receive global translations - presumably due to the smaller audience.

Not the answer you're looking for? Browse other questions tagged google-maps google-maps-api-3 or ask your own question.

1
How to get response only in english from Google geocode api?
1
how to force reverse geocoder to return English results in Android