How can I suspend all audible notifications on the iPad?

We're creating an audio application for iPad (only) which will be used for live performances. The device will be wired directly into the console. As such, the last thing you want during a live performance is to have the device suddenly chirp out an unexpected alarm or reminder.

With research in Apple's SDK, it looks like you can block everything except calendar and alarms (and calls on iPhone).

That said, does anyone know how to tell the device 'While we're in 'On Air' mode, don't allow any OS notifications'?

If not, can we at least query if they're turned on so we can warn the user?

Jailbeaking is not an option because we want to sell this via the App Store.

Another option is to allow the regular alerts and such to still play through the iPad's speaker, but we send our sounds out via the line-out in the dock connector.

Of course we could always develop our own hardware for this, but we're trying to leverage as much of the device's built-in functionality as possible.

It may make your app ineligible for App Store distribution but there is apparently a private API that some people have gotten to do this. See:

Some people report that there are certain API calls that have the byproduct of taking over all sound output. See iOS 5 Audio Alarms Don't Sound Without kAudioSessionProperty_OverrideCategoryMixWithOthers On for one example.

Your safest bet is probably to prompt the user to change the setting when the app opens.

I haven’t actually tried this, but after a quick Google search I found the AVAudioSession class reference says that settings the mode to AVAudioSessionCategoryRecord might achieve what you want.

The note about AVAudioSessionCategoryPlayAndRecord says:

If you want to ensure that sounds such as Messages alerts do not play while your app is recording, use the AVAudioSessionCategoryRecord category instead.

(Can also use the C API: http://developer.apple.com/library/ios/#documentation/AudioToolbox/Reference/AudioSessionServicesReference/Reference/reference.html#//apple_ref/doc/c_ref/kAudioSessionCategory_PlayAndRecord )

Note: I don't have an iPad in front of me now but I assume that it has the same option as my iPod. EDIT: No, it doesn't.

iPod ONLY: In 'Settings' => 'Sounds', you can drag the "Ringer and Alerts" volume all the way down. My iPod makes no noises at all when this volume slider is all the way down, except for noises from programs I open. 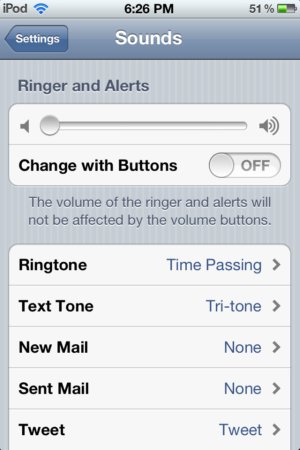 The iPad does not appear to allow separate volume control of System sounds and program sounds like the iPod does. 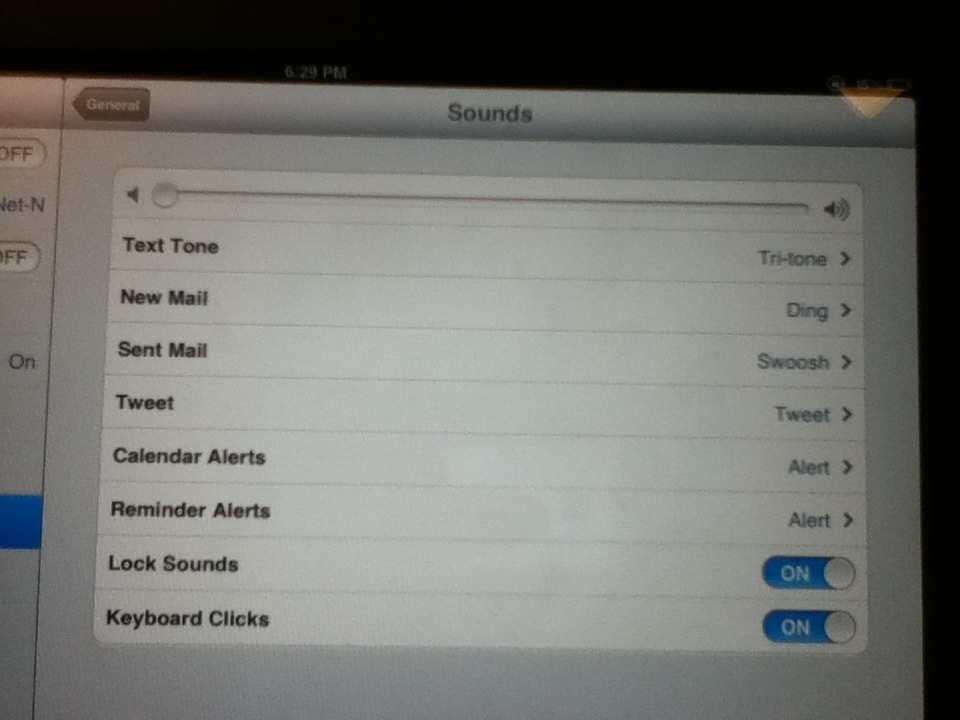 Not the answer you're looking for? Browse other questions tagged ios ipad notifications alerts alarms or ask your own question.

1235
How can I develop for iPhone using a Windows development machine?
1240
How can I disable the UITableView selection?
1073
How to change the name of an iOS app?
746
How to link to apps on the app store
1374
How can I check for an active Internet connection on iOS or macOS?
1761
How can I make a UITextField move up when the keyboard is present - on starting to edit?
567
How can I create a UIColor from a hex string?
1268
Xcode - How to fix 'NSUnknownKeyException', reason: … this class is not key value coding-compliant for the key X" error?
2
How to enforce time based license in an iPad app
10
What is the simplest way to connect a device to an iPad from an application?