Error on trying to run a simple RPC program

I tried running the same program on another pc with the same OS (ubuntu). It runs perfect there.

First you check that portmapper is working or not, use rpcinfo to check it. If you get any error then install portmap

Check whether the service is running using rpcinfo. Here's what I get.

If the service is not running, you have to start it with rpcbind. On Ubuntu I needed root privileges to run the service.

There is a bug/feature in recent Linux releases of rpcbind - it is now not active/running after system boot, but should somehow be "socket activated" according to systemctl configuration rpcbind.service file in /usr/lib/systemd/system/:

The short answer to yours (ours) issue with rpcbind is - in order to run the RPC server code, do this amendment to systemctrl configuration of your system:

Now, the intended way to set rpcbind running is to somehow access /var/run/rpcbind.sock, I would owe much to some Unix/Linux guru that may enlighten me on what RPC server application code shall do in order to achieve this rpcbind "socket activation" effect.

How to install rpcgen

Type this command on the terminal.

but at sometimes the above code won't help you to install rpcgen. 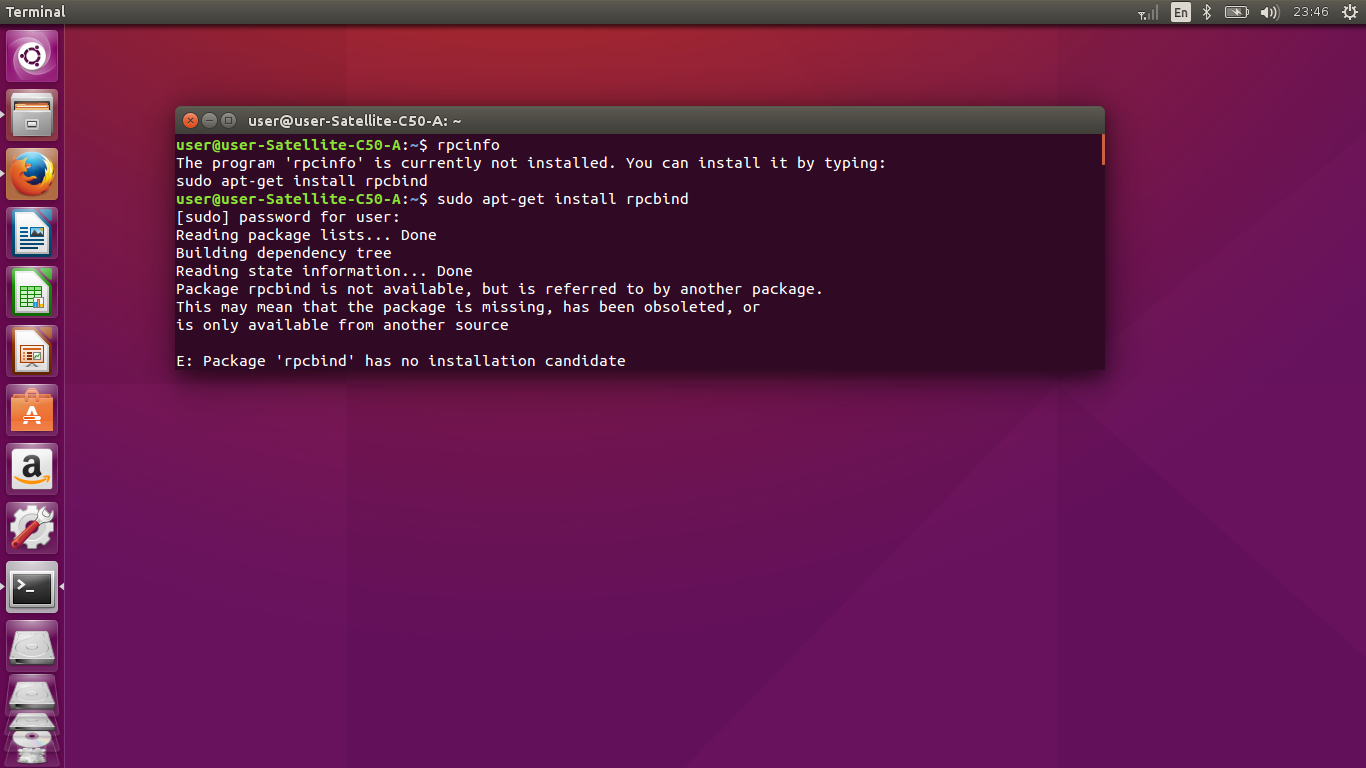 At that time you have to follow these steps.Then you can easily install it. you should follow this step by step

Finally you can check it by using this command rpcinfo 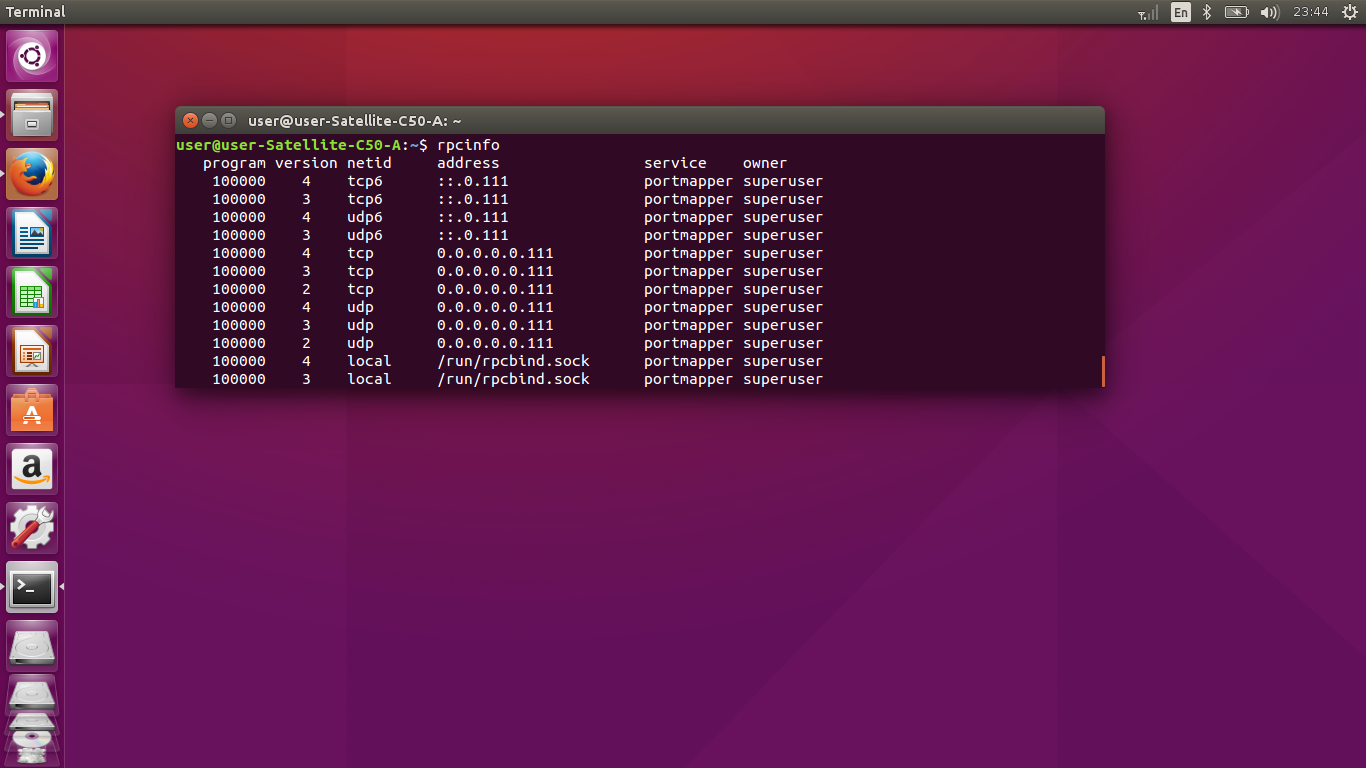 The problem arises due to unavailability of utility like portmap or rpcbind. Install either of them to solve the problem.

Just install the following and try.

I had error using rpcinfo as well. Finally I had to run:

as suggested in here.

I think their is an issue on RCPBIND in latest ubuntu version? 22.04