Eager to know Differences between .NET 4.0 and .NET 4.5 in High level in .NET and also differences in ASP.NET, C# also in these frameworks

differences in ASP.NET in these frameworks

And for Asp.net 4.5 there is also a long list of improvements:

differences in C# also in these frameworks

Edit:
The languages documentation for C# and VB breaking changes:

Hope this help you get what are you looking for..

Microsoft announced the intention to ship .NET Framework 4 on 29 September 2008. The Public Beta was released on 20 May 2009.

After the release of the .NET Framework 4, Microsoft released a set of enhancements, named Windows Server AppFabric, for application server capabilities in the form of AppFabric Hosting and in-memory distributed caching support.

In the .NET Framework 4.5, new asynchronous features were added to the C# and Visual Basic languages. These features add a task-based model for performing asynchronous operations.

In the .NET Framework 4.5, the following features have been added to make it simpler to write and maintain Windows Communication Foundation (WCF) applications:

For more information and access to reference links, please visit: 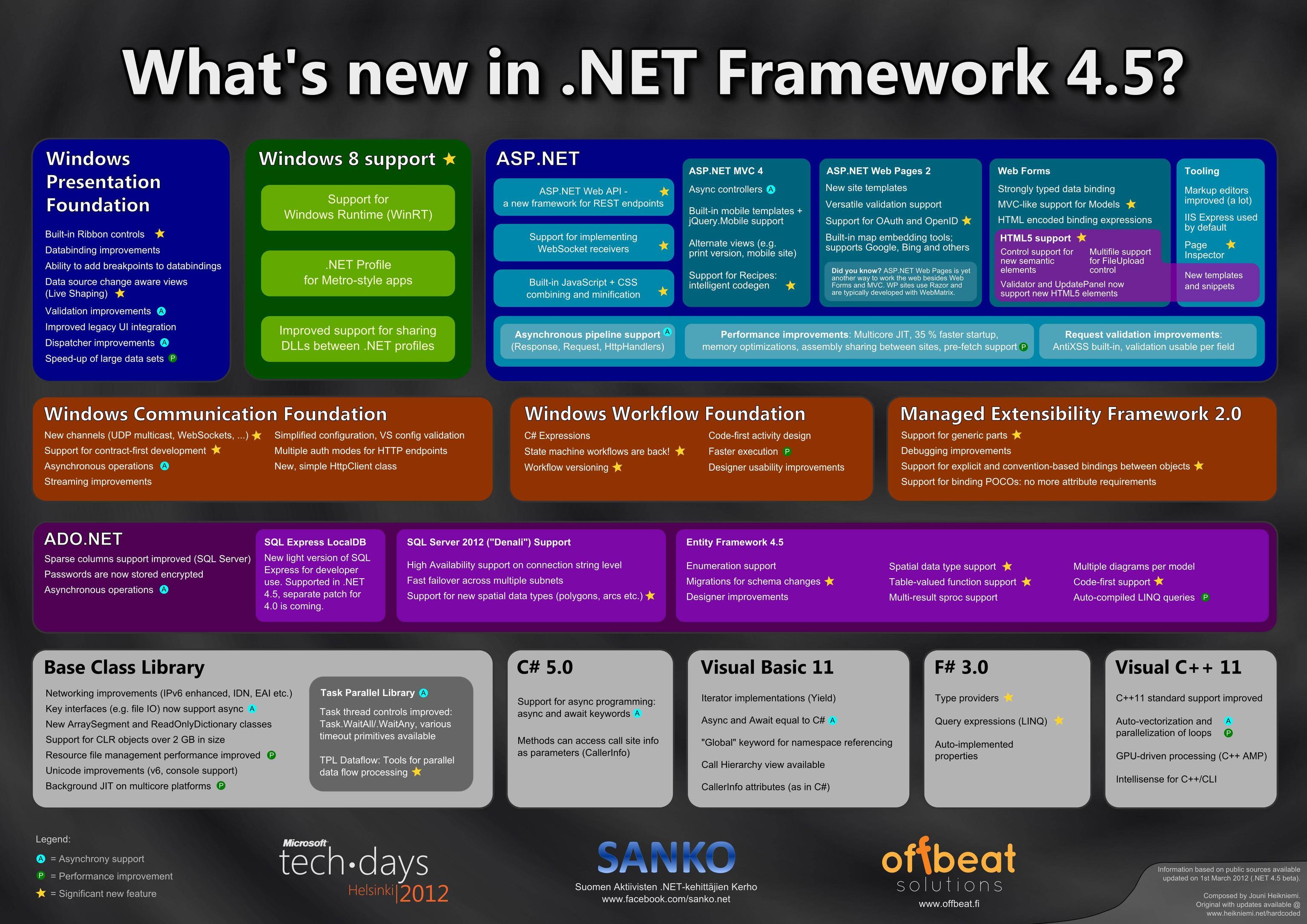 You can find the latest features of the .NET Framework 4.5 beta here

It breaks down the changes to the framework in the following categories:

You sound like you are more interested in the Web section as this shows the changes to ASP.NET 4.5. The rest of the changes can be found under the other headings.

You can also see some of the features that were new when the .NET Framework 4.0 was shipped here.

This answer may be late reply but it will be useful for seeing this topic in future.

The features of .NET framework 4.5 can be seen in the following link.

Here is a great resource from Microsoft which includes a high level features overview for each .NET release since 1.0 up to the present day. It also include information about the associated Visual Studio release and Windows version compatibility.

Not the answer you're looking for? Browse other questions tagged .net .net-4.0 .net-4.5 or ask your own question.