What is the difference between class and instance methods?

What's the difference between a class method and an instance method?

Are instance methods the accessors (getters and setters) while class methods are pretty much everything else?

Like most of the other answers have said, instance methods use an instance of a class, whereas a class method can be used with just the class name. In Objective-C they are defined thusly:

Some real world examples of class methods are the convenience methods on many Foundation classes like NSString's +stringWithFormat: or NSArray's +arrayWithArray:. An instance method would be NSArray's -count method.

All the technical details have been nicely covered in the other answers. I just want to share a simple analogy that I think nicely illustrates the difference between a class and an instance: 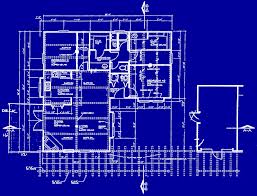 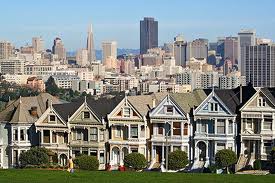 An instance (or an object) is the actual house that you build based on the blueprint: You can build lots of houses from the same blueprint. You can then paint the walls a different color in each of the houses, just as you can independently change the properties of each instance of a class without affecting the other instances.

Like the other answers have said, instance methods operate on an object and has access to its instance variables, while a class method operates on a class as a whole and has no access to a particular instance's variables (unless you pass the instance in as a parameter).

A good example of an class method is a counter-type method, which returns the total number of instances of a class. Class methods start with a +, while instance ones start with an -. For example:

Another example is if you have a method that you want the user to be able to call, sometimes its good to make that a class method. For example, if you have a class called MathFunctions, you can do this:

So then the user would call:

without ever having to instantiate the class!

You can also use class functions for returning autoreleased objects, like NSArray's

That takes an object, puts it in an array, and returns an autoreleased version of the array that doesn't have to be memory managed, great for temperorary arrays and what not.

I hope you now understand when and/or why you should use class methods!!

The answer to your question is not specific to objective-c, however in different languages, Class methods may be called static methods.

The difference between class methods and instance methods are

You use an instance method to modify a specific instance of a class that is unique to that instance, rather than to the class as a whole. init for example (denoted with a - before the method declaration), is an instance method because you are normally modifying the properties of that class after it has been created with alloc.

You are calling the class method alloc in order to generate an instance of that class. Notice how the receiver of the message is a class.

You are modifying the instance of NSString called myString by setting some properties on that instance. Notice how the receiver of the message is an instance (object of class NSString).

Class methods are usually used to create instances of that class

For example, [NSString stringWithFormat:@"SomeParameter"]; returns an NSString instance with the parameter that is sent to it. Hence, because it is a Class method that returns an object of its type, it is also called a convenience method.

So if I understand it correctly.

A instance method is just the opposite. You cannot call it unless you allocate a instance of that class. Its like a normal class that has a constructor and can have a destructor (that cleans up all the allocated memory).

In most probability (unless you are writing a reusable library, you should not need a class variable.

Instances methods operate on instances of classes (ie, "objects"). Class methods are associated with classes (most languages use the keyword static for these guys).

Take for example a game where lots of cars are spawned.. each belongs to the class CCar. When a car is instantiated, it makes a call to

Or for example, you allow the user to specify a default font size for the whole app, which is loaded and saved at startup. Without the class method, you might have to do something like

With the class method, you could get away with [FontHandler getDefaultFontSize].

As for your removeVowels function, you'll find that languages like C# actually have both with certain methods such as toLower or toUpper.

In this case the instance likely calls the class method, so both are available. i.e.

There's no definitive answer, but if you feel like shoving a class method in would improve your code, give it a shot, and bear in mind that a class method will only let you use other class methods/variables.

In Objective-C all methods start with either a "-" or "+" character. Example:

The "+" and "-" characters specify whether a method is a class method or an instance method respectively.

The difference would be clear if we call these methods. Here the methods are declared in MyClass.

instance method require an instance of the class:

Inside MyClass other methods can call instance methods of MyClass using self:

But, class methods must be called on the class itself:

A class method typically either creates a new instance of the class or retrieves some global properties of the class. Class methods do not operate on an instance or have any access to instance variable.

To invoke a class method, you send the message to the class directly.

Class methods can't change or know the value of any instance variable. That should be the criteria for knowing if an instance method can be a class method.

Also remember, the same idea applies to variables. You will come across terms like static, member, instance, class and so on when talking about variables the same as you would for methods/functions.

It seems the common term in the Obj-C community is ivar for instance variable, but I am not an Obj-C guy, yet.

An update to the above answers, I agree instance methods use an instance of a class, whereas a class method can be used with just the class name.

There is NO more any difference between instance method & class method after automatic reference counting came to existence in Objective-C.

For Example[NS StringWithformat:..] a class method & [[NSString alloc] initwihtformat:..] an instance method, both are same after ARC

Note: This is only in pseudo code format

Almost does all it needs to do is during compile time. It doesn't need any user input, nor the computation of it is based on an instance. Everything about it is based on the class/blueprint——which is unique ie you don't have multiple blueprints for one class. Can you have different variations during compile time? No, therefore the class is unique and so no matter how many times you call a class method the pointer pointing to it would be the same.

On the contrary instance method happens during runtime, since it is only then that you have created an instance of something which could vary upon every instantiation.

Adding to above answers

Class method will work on class, we will use this for general purpose where like +stringWithFormat, size of class and most importantly for init etc

Instance Method will work on an instance of a class not on a class like we are having two persons and we want to get know the balance of each separately here we need to use instance method. Because it won't return general response. e.g. like determine the count of NSSArray etc.

Not the answer you're looking for? Browse other questions tagged objective-c oop methods class-method instance-methods or ask your own question.

7
+(void) or -(void) difference?
0
Why we put '+' or '-' sign in front of method name in iOS
0
How to call a method of another class
-3
class method and my array
-1
What's the difference of instance method and class method in Objective-C?
-2
What does NSString*myString =[ NSString string ] means?
1
Objective-C : Create and using Objects
-6
When do I use a + or - at the beginning of creating a method?
0
is there any advantage when use class method instead of instance method?
193
What do the plus and minus signs mean in Objective-C next to a method?
See more linked questions