I have a full screen PNG I want to display on splash. Only one error there, and I have no idea what size to put in every drawable folder (ldpi, mdpi, hdpi, and xhdpi). My application is supposed to run good and beautiful on all phones and tablets. What sizes (in pixels) should I create so the splash displays nice on all screens?

This answer is from 2013 and is seriously outdated. As of Android 3.2 there are now 6 groups of screen density. This answer will be updated as soon as I am able, but with no ETA. Refer to the official documentation for all the densities at the moment (although information on specific pixel sizes is as always hard to find).

With this, Android will select the appropriate file for the device's image density, then it will stretch the image according to the 9-patch standard.

I am answering in respect to the design-related aspect of the question. I am not a developer, so I won't be able to provide code for implementing many of the solutions provided. Alas, my intent is to help designers who are as lost as I was when I helped develop my first Android App.

With Android, companies can develop their mobile phones and tables of almost any size, with almost any resolution they want. Because of that, there is no "right image size" for a splash screen, as there are no fixed screen resolutions. That poses a problem for people that want to implement a splash screen.

Do your users really want to see a splash screen?

(On a side note, splash screens are somewhat discouraged among the usability guys. It is argued that the user already knows what app he tapped on, and branding your image with a splash screen is not necessary, as it only interrupts the user experience with an "ad". It should be used, however, in applications that require some considerable loading when initialized (5s+), including games and such, so that the user is not stuck wondering if the app crashed or not)

So, given so many different screen resolutions in the phones on the market, Google implemented some alternatives and nifty solutions that can help. The first thing you have to know is that Android separates ALL screens into 4 distinct screen densities:

What you (if you're a designer) need to know from this is that Android basically chooses from 4 images to display, depending on the device. So you basically have to design 4 different images (although more can be developed for different formats such as widescreen, portrait/landscape mode, etc).

With that in mind know this: unless you design a screen for every single resolution that is used in Android, your image will stretch to fit screen size. And unless your image is basically a gradient or blur, you'll get some undesired distortion with the stretching. So you have basically two options: create an image for each screen size/density combination, or create four 9-patch images.

The hardest solution is to design a different splash screen for every single resolution. You can start by following the resolutions in the table at the end of this page (there are more. Example: 960 x 720 is not listed there). And assuming you have some small detail in the image, such as small text, you have to design more than one screen for each resolution. For example, a 480x800 image being displayed in a medium screen might look ok, but on a smaller screen (with higher density/dpi) the logo might become too small, or some text might become unreadable.

The other solution is to create a 9-patch image. It is basically a 1-pixel-transparent-border around your image, and by drawing black pixels in the top and left area of this border you can define which portions of your image will be allowed to stretch. I won't go into the details of how 9-patch images work but, in short, the pixels that align to the markings in the top and left area are the pixels that will be repeated to stretch the image.

So you can place 1 dot on either side of your logo (in the top border), and 1 dot above and below it (on the left border), and these marked rows and columns will be the only pixels to stretch. 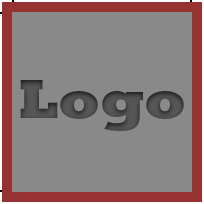 Notice the 1px marks on top and left saying which rows/columns will expand.

Here's what this image would look like in 100x100 inside the app:

One last thing to consider. These images might look fine on your monitor screen and on most mobiles, but if the device has a very high image density (dpi), the image would look too small. Probably still legible, but on a tablet with 1920x1200 resolution, the image would appear as a very small square in the middle. So what's the solution? Design 4 different 9-patch launcher images, each for a different density set. To ensure that no shrinking will occur, you should design in the lowest common resolution for each density category. Shrinking is undesirable here because 9-patch only accounts for stretching, so in a shrinking process small text and other elements might lose legibility.

Here's a list of the smallest, most common resolutions for each density category:

So design four splash screens in the above resolutions, expand the images, putting a 1px transparent border around the canvas, and mark which rows/columns will be stretchable. Keep in mind these images will be used for ANY device in the density category, so your ldpi image (240 x 320) might be stretched to 1024x600 on an extra large tablet with small image density (~120 dpi). So 9-patch is the best solution for the stretching, as long as you don't want a photo or complicated graphics for a splash screen (keep in mind these limitations as you create the design).

Again, the only way for this stretching not to happen is to design one screen each resolution (or one for each resolution-density combination, if you want to avoid images becoming too small/big on high/low density devices), or to tell the image not to stretch and have a background color appear wherever stretching would occur (also remember that a specific color rendered by the Android engine will probably look different from the same specific color rendered by photoshop, because of color profiles).

I hope this made any sense. Good luck!

I have searched the best and the simplest answer to make 9-patch image. Now to make the 9 patch image is the easiest task.

From https://romannurik.github.io/AndroidAssetStudio/index.html you can make a 9-patch image for all the resolutions - XHDPI,HDPI,MDPI,LDPI in just one click.

Using PNG is not such a good idea. Actually it's costly as far as performance is concerned. You can use drawable XML files, for example, Facebook's background.

This will help you to smooth and speed up your performance, and for the logo use .9 patch images.

In my case, I used list drawable in style.xml. With layer list drawable, you have just needed one png for all screen size.

and flash_screen.xml in drawable folder.

"background_noizi" is a png file in the drawable folder. I hope this helps.

To be honest i lost the idea, but it refers another screen feature as size (not only density)
https://developer.android.com/guide/practices/screens_support.html
Please inform me if there are some mistakes

If you are only targeting APIs24+ you can simply scale down your vector drawable directly in its xml file like so: 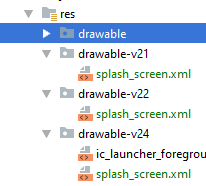 For some reason for these APIs you have to wrap your drawable in a bitmap in order to make it work and jet the final result looks the same. The issue is that you have to use the aproach with the aditional drawable folders as the second version of the splash_screen.xml file will lead to your splash screen not being shown at all on devices running APIs higher than 23. You might also have to place the first version of the splash_screen.xml into drawable-v24 as android defaults to the closest drawable-vXX folder it can find for resources. hope this helps 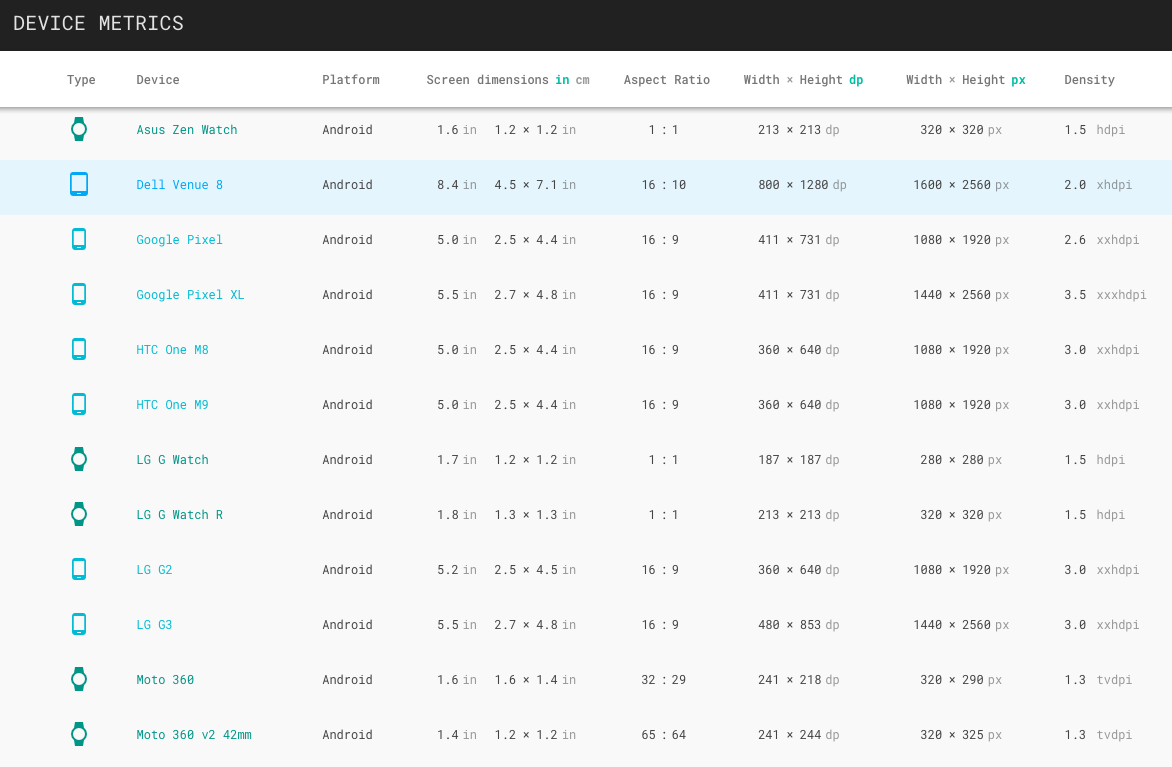 Based off this answer from Lucas Cerro I calculated the dimensions using the ratios in the Android docs, using the baseline in the answer. I hope this helps someone else coming to this post!

Not the answer you're looking for? Browse other questions tagged android png screen drawable splash-screen or ask your own question.

1937
How to get screen dimensions as pixels in Android
500
How to develop or migrate apps for iPhone 5 screen resolution?
124
Android: Background Image Size (in Pixel) which Support All Devices
118
android splash screen sizes for ldpi,mdpi, hdpi, xhdpi displays ? - eg : 1024X768 pixels for ldpi
3
Android universal splash screen for multiple devices
0
Android image resource and need for 10 images to cater for each screen resolution and orientation
1
Phonegap Build App Don't Display Splash Screen in Android
161
How to define dimens.xml for every different screen size in android?