For the past few weeks I've been working with images in objective-c and noticing a lot of strange behavior. First, like many other people, I've been having this problem where images taken with the camera (or taken with somebody else's camera and MMS'd to me) are rotated 90 degrees. I wasn't sure why in the world this was happening (hence my question) but I was able to come up with a cheap work around.

My question this time is why is this happening? Why is Apple rotating images? When I take a photo with my camera right-side up, unless I perform my code mentioned above, when I save the photo it gets saved rotated. Now, my workaround was okay up until a few days ago.

My application modifies individual pixels of an image, specifically the alpha channel of a PNG (so any JPEG conversion gets thrown out of the window for my scenario). A few days ago I noticed that even though the image is displayed properly in my app thanks to my workaround code, when my algorithm modifies the individual pixels of the image, it thinks the image is rotated. So instead of modifying the pixels at the top of the image, it modifies the pixels on the side of the image (because it thinks it should be rotated)! I can't figure out how to rotate the image in memory - ideally I would prefer to just wipe away that imageOrientation flag all together.

Here's something else that has been baffling me as well... When I take the photo, the imageOrientation is set to 3. My workaround code is smart enough to realize this and flip it so the user never notices. Additionally, my code to save the image to the library realizes this, flips it, then saves it so it appears in the camera roll properly.

Would the best fix for this problem be to just blow away imageOrientation as soon as the user is done taking an image. I assume Apple has the rotation behavior done for a reason, right? A few people suggested that this is an Apple defect.

(... if you're not lost yet... Note2: When I take a horizontal photo, everything seems to work perfectly, just like photos taken from the internet)

Here are what some of the images and scenarios actually look like. Based off the comments so far, it looks like this strange behavior is more than just an iPhone behavior, which I think is good.

This is a picture of the photo I took with my phone (note the proper orientation), it appears exactly as it did on my phone when I snapped the photo:

Here is what the image looks like in Gmail after I emailed it to myself (looks like Gmail handles it properly): 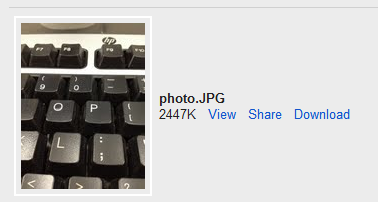 Here is what the image looks like as a thumbnail in windows (doesn't look like it is handled properly): 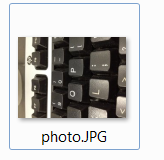 And here is what the actual image looks like when opened with Windows Photo Viewer (still not handled properly): 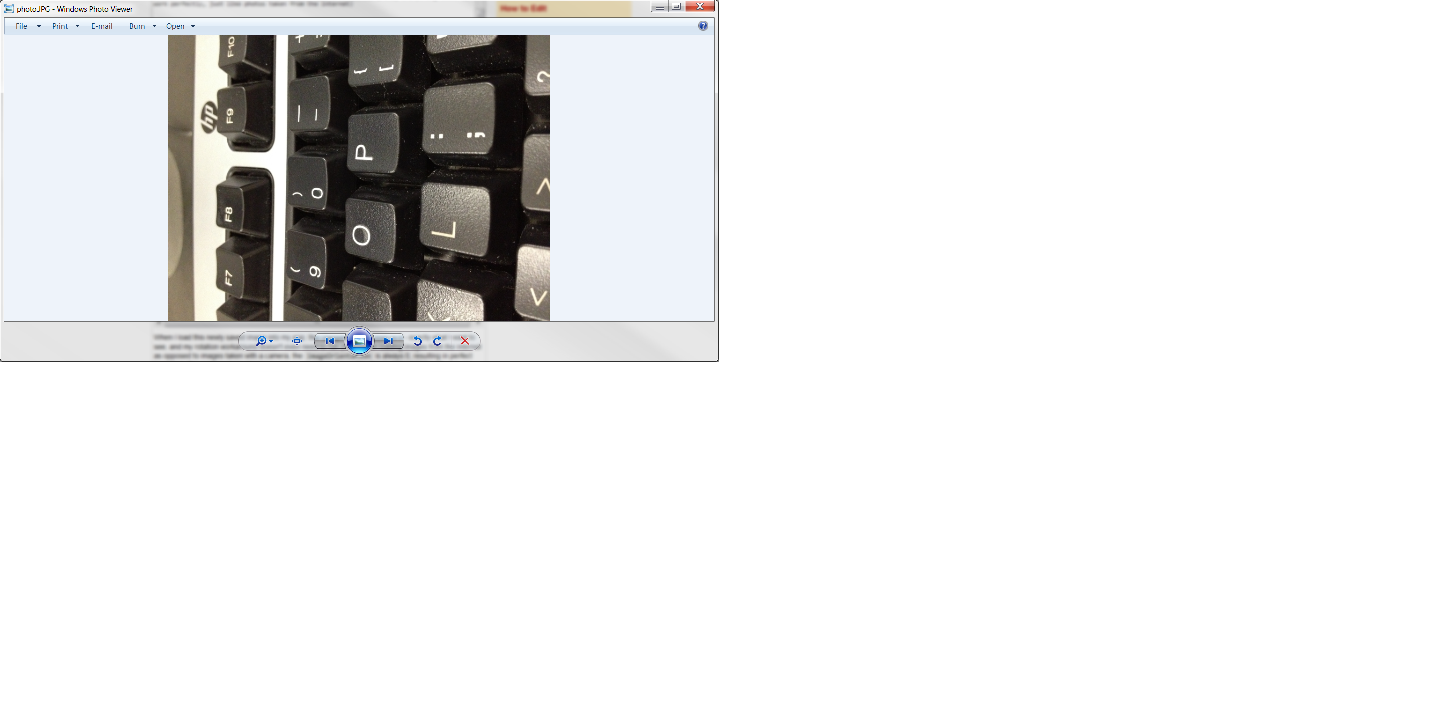 After all of the comments on this question, here's what I'm thinking... The iPhone takes an image, and says "to display this properly, it needs to be rotated 90 degrees". This information would be in the EXIF data. (Why it needs to be rotated 90 degrees, rather than defaulting to straight vertical, I don't know). From here, Gmail is smart enough to read and analyze that EXIF data, and properly display it. Windows however, is not smart enough to read the EXIF data, and therefore displays the image improperly. Are my assumptions correct?

I had the same problem when I get the image from Camera, I put the following code to fix it.. Added the method scaleAndRotateImage from here

I did R&D on it and discovered , every image file has metadata property. If the metadata specifies the orientation of the image which is generally ignored by other OS but Mac. Most of images taken are having their meta data property set to right angle. So Mac shows it 90 degree rotated manner. You can see the same image in proper way in windows OS.

My question this time is why is this happening? Why is Apple rotating images?

The answer to this is very simple. Apple is NOT rotating the image. That's where the confusion lies.

The CCD camera doesn't rotate, so it's always taking the photo in landscape mode.

Apple did a very smart thing - instead of spending all the time to rotate the image - shuffling megabytes of data around - just tag it with HOW the picture was taken.

OpenGL does translations very easily - so the DATA never gets shuffled - just HOW ITS DRAWN.

This becomes a problem if you want to crop, resize etc - but once you know what's happening, you just define your matrix and everything works out.

Any image generated by iPhone/iPad is saved as Landscape Left with EXIF Orientation tag (Exif.Image.Orientation) specifying the actual orientation.

If you open one of these images in GIMP, it will say that the image has rotation info.

For anyone else using Xamarin, here's a C# translation of Dilip's great answer, and a thanks to thattyson for the Swift translation.

I came across this question because I was having a similar problem, but using Swift. Just wanted to link to the answer that worked for me for any other Swift developers: https://stackoverflow.com/a/26676578/3904581

Here's a Swift snippet that fixes the problem efficiently:

I know exactly what your problem is. You are using UIImagePicker, which is weird in every sense. I would suggest you use AVFoundation for the camera which gives flexibility in orientation as well as quality. Use AVCaptureSession. You can get the code here How to save photos taken using AVFoundation to Photo Album?

Quickly refactored for Swift 3 (can someone test it and confirm everything works ok?):

you can fix this HECI rotate image by this code

Try changing the image format to .jpeg. This worked for me

Not the answer you're looking for? Browse other questions tagged iphone objective-c ios or ask your own question.