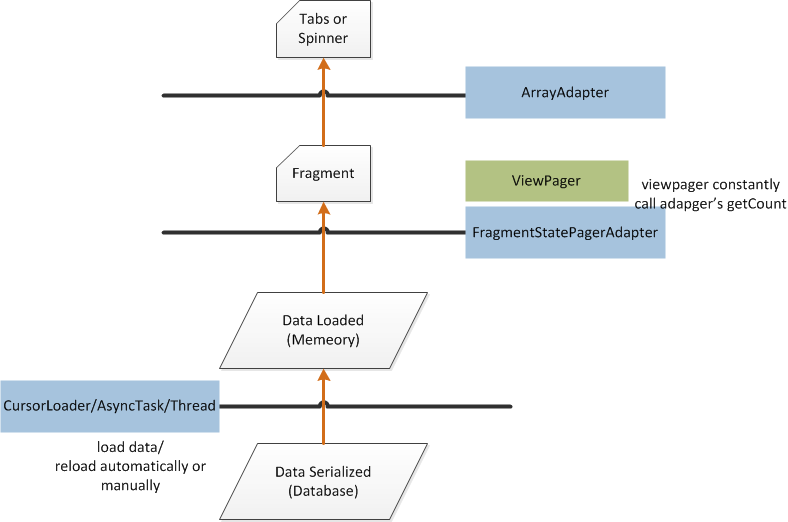 There is an important note in the docs on how to get this working:

Note: The DiffUtil utility class relies on identifying items by ID. If you are using ViewPager2 to page through a mutable collection, you must also override getItemId() and containsItem(). (emphasis mine)

Based on ViewPager2 documentation and Android's Github sample project there are a few steps we need to take:

2
Reload fragments in ViewPager
634
Why `PagerAdapter::notifyDataSetChanged` is not updating the View?
254
Retrieve a Fragment from a ViewPager
165
dynamically add and remove view to viewpager
90
ViewPager does not redraw content, remains/turns blank
61
Android Viewpager as Image Slide Gallery
35
How to disable ViewPager from swiping in one direction
24
Android FragmentStatePagerAdapter
18
Refresh images on FragmentStatePagerAdapter on resuming activity
11
How to update ViewPager content?
See more linked questions

634
Why `PagerAdapter::notifyDataSetChanged` is not updating the View?
141
Update data in ListFragment as part of ViewPager
551
IllegalStateException: Can not perform this action after onSaveInstanceState with ViewPager
509
ViewPager and fragments — what's the right way to store fragment's state?
813
How to determine when Fragment becomes visible in ViewPager
2
Class Cast Exception in instantiateItem of a ViewPager
9
getFragmentManager returning null pointer exception
3
Saving ToggleButton state in ListView by using SharedPreferences
3
Weird OutOfMemoryError when loading view pager