hoping a grandmaster can shed some light. Very high overview is that I am no beginner to coding, but still new to OOP. This set of message classes is at the heart of a large simulation application we're writing, and I don't want to do it stupidly--this interface cuts the application in half, from sequencer to executer and vice-versa.

My question is whether or not it's a bad idea to have an inheritance hierarchy this deep (image is not yet fleshed out, might go 5 or 6 deep in the end). This is as opposed to having some of the child classes just have a directed association to their parent class, instead of inheriting.

I've read that a deep inheritance hierarchy is not a good idea, and that if a child class is inheriting simply to have the parent's data, then you should simply include the parent as data in the child, but I'm having a hard time wrapping my head around why. What bad thing is going to happen to us if I decided to make an inheritance hierarchy 7-deep or something like that? Clearly there's a small performance hit, and changing things at the top of the hierarchy is going to have huge ripples throughout the app, but other than that I don't see an issue. Aside, I care little about minor differences in performance. 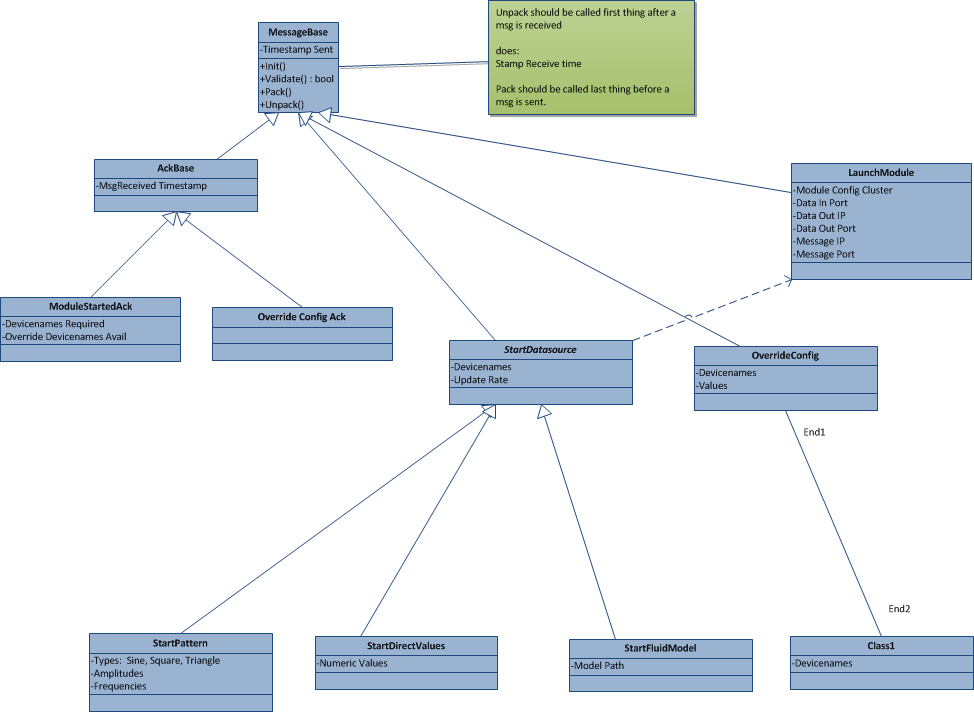 (bonus question: Is there an off-the-shelf package that handles this kind of stuff? We have most of the low level physical simulations handled, but the sequencing program we're going to have to write. I just have this suspicion that what I've laid out is very similar to what about 10,000 simulation developers before me did.)

(bonus question #2: any masters of both simulation systems and OOP programming, that would not hate living in Los Angeles? We're hiring.)

This is a bad idea. There's this understanding that you define base classes as the most generic of contracts that a set of (concrete) classes are going to honor. This typically means that your contract is about behavior and not implementation.

What bad thing is going to happen to us if I decided to make an inheritance hierarchy 7-deep or something like that?

The major issues here are mundane:

(You many want to peruse this paper on Why Ada isn't popular, particularly, Item 6, para 6.)

Is there an off-the-shelf package that handles this kind of stuff?

I'm not sure what you are looking for, but if you're looking for an automated hierarchy simplifier then I don't know of any. Also if such a package exists it'll be highly dependent on your language of choice and you haven't mentioned one.

Note that most of the times such issues can be resolved by looking at alternatives like aggregation or traits or dependency injection or whatever. These are design time issues and are typically (IMO) best ironed out on a whiteboard than with a compiler and millions of LOC.

Seeing this question quite late, but I have had many thoughts on this and have been bitten with deep inheritance hierarchies. One reason they are bad is because you will inevitably get the classification wrong as you specialize the many subclasses. However, once you have the class structure in place it will be hard to change because doing so would break client code.

I blogged about this here.

Old question, but active issue in software development and wanted to add an opinion that may help.

Maintenance overhead can't be estimated when you touch the base classes with DI. This is a major drawback that recently affected our 3 level deep inheritance structure. Also, if you base is a template, expect to violate SOL(I)(D) if you have too many children with just 1 derived parent in 3 levels for example.

Generally, just to access data I'd choose an adequate design pattern or pass the data pointer if it doesn't violate SOLID. Depending on whether you just read or write, I'd also avoid getters and setters to avoid the Quasi-Classes. It's rare case that default children are 'protected' and I think the structure in this case is a candidate to be flawed by design.

Not the answer you're looking for? Browse other questions tagged class inheritance associations simulation or ask your own question.

3
is it bad for design using nested derived classes

1852
Prefer composition over inheritance?
1176
When should you use a class vs a struct in C++?
2358
Static class variables and methods in Python
726
How to call a parent class function from derived class function?
737
How do I call a parent class's method from a child class in Python?
1160
What is the difference between public, private, and protected inheritance in C++?
856
Is List<Dog> a subclass of List<Animal>? Why are Java generics not implicitly polymorphic?
1052
What are the nuances of scope prototypal / prototypical inheritance in AngularJS?
1732
What does "Could not find or load main class" mean?
0
How much domain class inheritance is too much in Grails?