I am relatively new to git and am facing this problem. The git push command shows the error below. I will explain to you from the beginning what I had been trying to do. I created a submodule, committed, and pushed it. The push throws the error below.

After that, I tried some solutions, but none of them worked. I will also explain briefly what I have been trying.

1: From the bitbucket repo, I noticed there are some dangling commits (the red arrow in picture 2), so I gave the following commands to solve that git gc and git prune.

2: I also tried commands like git revert HEAD and git push origin HEAD --force, but none seem to work. 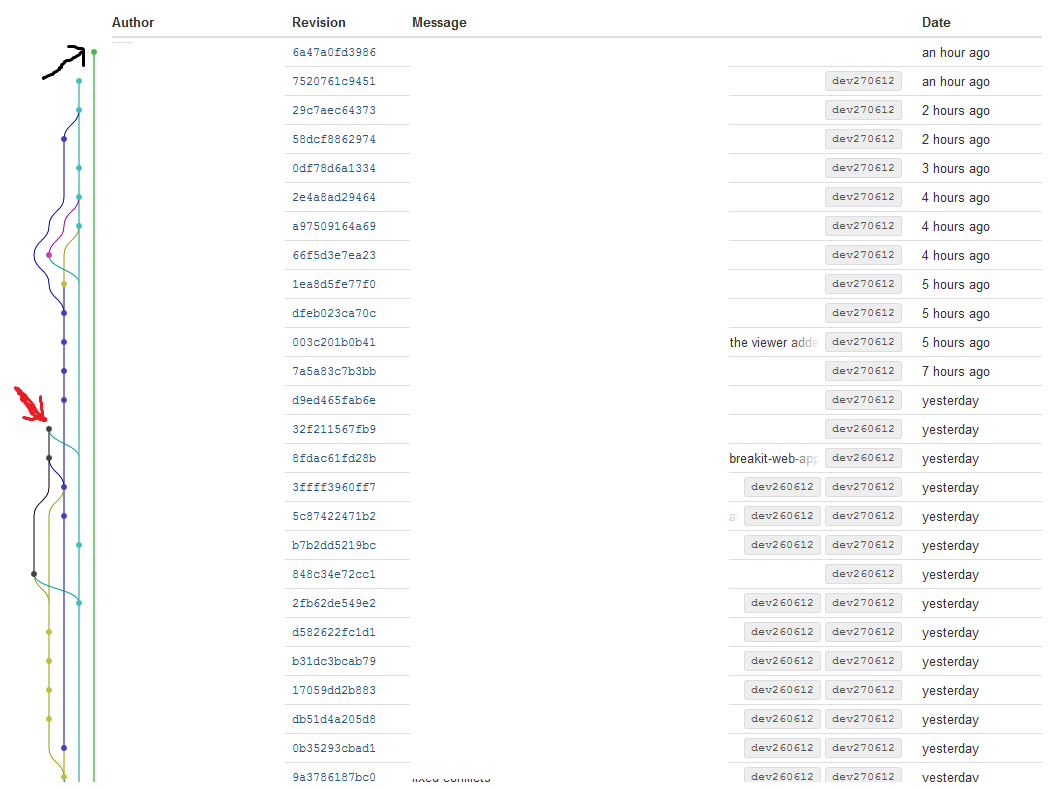 You have to update the HEAD known by git. It will be transparent for you.

If you tried all these above steps and did not work, try the following command.

this worked for me

132
Change a Git remote HEAD to point to something besides master
1197
master branch and 'origin/master' have diverged, how to 'undiverge' branches'?
1953
Make the current Git branch a master branch
461
Heroku: How to push different local Git branches to Heroku/master
862
Cleaning up old remote git branches
3741
Message 'src refspec master does not match any' when pushing commits in Git
2528
How do I safely merge a Git branch into master?
1707
How can I reconcile detached HEAD with master/origin?
599
Git and nasty "error: cannot lock existing info/refs fatal"
854
git error: failed to push some refs to remote