How to center a subview of UIView

I have a UIView inside a UIViewm and I want the inner UIView to be always centered inside the outer one, without it having to resize the width and height.

I've set the struts and springs so that it's on top/left/right/bottom without setting the resize. But it still doesn't center. Any idea?

You can do this and it will always work:

Before we'll begin, let's just remind that origin point is the Upper Left corner CGPoint of a view. An important thing to understand about views and parents.

Lets take a look at this simple code, a view controller that adds to it's view a black square:

This will create this view: the black rectangle origin and center does fit the same coordinates as it's parent 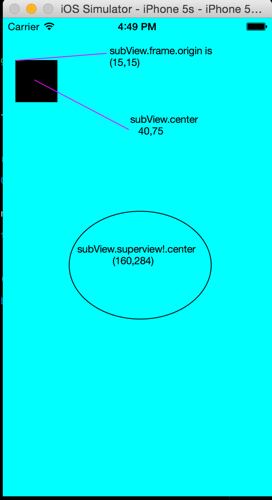 Now let's try to add subView another SubSubView, and giving subSubview same origin as subView, but make subSubView a child view of subView

And this is the result: 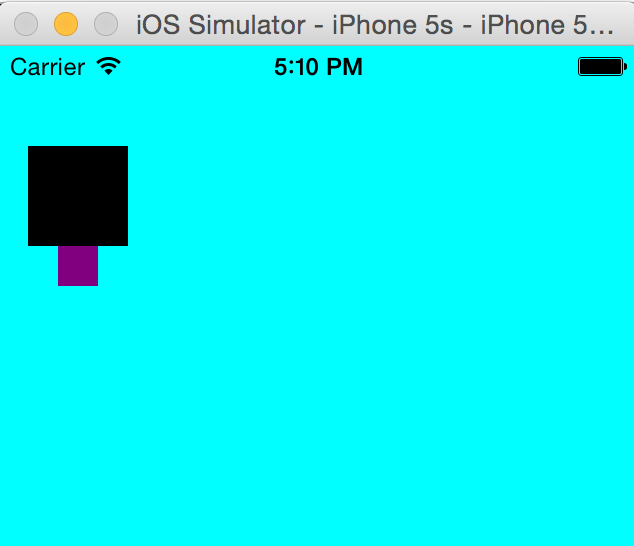 Because of this line:

You expect for the purple rectangle's origin to be same as it's parent (the black rectangle) but it goes under it, and why is that? Because when you add a view to another view, the subView frame "world" is now it's parent BOUND RECTANGLE, if you have a view that it's origin on the main screen is at coords (15,15) for all it's sub views, the upper left corner will be (0,0)

This is why you need to always refer to a parent by it's bound rectangle, which is the "world" of it's subViews, lets fix this line to:

And see the magic, the subSubview is now located exactly in it's parent origin: 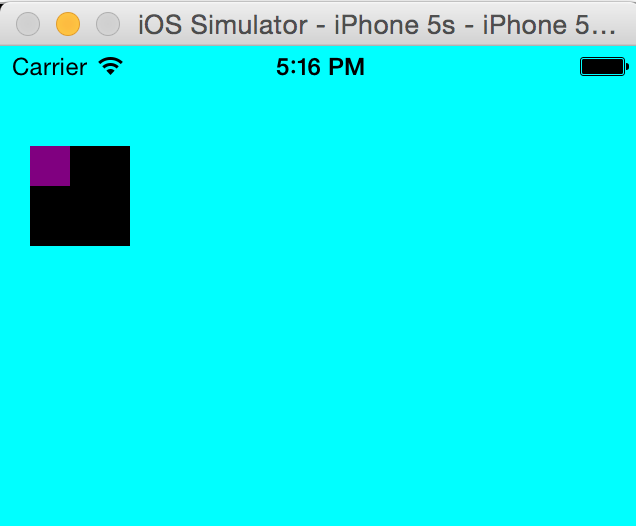 So, you like "ok I only wanted to center my view by my parents view, what's the big deal?" well, it isn't big deal, you just need to "translate" the parent Center point which is taken from it's frame to parent's bounds center by doing this:

You're actually telling him "take parents view center, and convert it into subSubView world".

And you'll get this result: 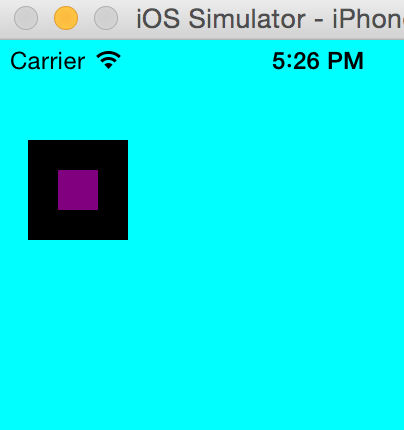 1. If you have autolayout enabled:

Set this autoresizing mask to your inner view.

With IOS9 you can use the layout anchor API.

The advantage of this over CGPointMake or CGRect is that with those methods you are setting the center of the view to a constant but with this technique you are setting a relationship between the two views that will hold forever, no matter how the parentview changes.

Just be sure before you do this to do:

and to set the translatesAutoresizingMaskIntoConstraints for each view to false.

This will prevent crashing and AutoLayout from interfering.

Using the same center in the view and subview is the simplest way of doing it. You can do something like this,

In c# or Xamarin.ios, we can use like this

This is simple, short, and sweet. If you use @Hejazi's answer above and parent.center is set to anything other than (0,0) your subview will not be centered!

0
UIview is not placed in screen center
6
CGRect positioning according to center point
2
Center UIImageView inside UIView
0
Centering a child UIView to its parent UIView
-2
How to get the mid point of origin?
0
Centre animation on every screen size

1253
How can I develop for iPhone using a Windows development machine?
1778
How can I make a UITextField move up when the keyboard is present - on starting to edit?
115
Allowing interaction with a UIView under another UIView
125
Rounded UIView using CALayers - only some corners - How?
160
UIButton: how to center an image and a text using imageEdgeInsets and titleEdgeInsets?
177
UITableViewCell subview disappears when cell is selected
156
Programmatically get height of navigation bar
2
Resize UIView in the opposite direction
63
How to use UIView autoresizingMask property programmatically?
609
UIScrollView Scrollable Content Size Ambiguity