What is a stash?

I have googled and searched in various places for a while, but have not found a good answer. What is a stash, and what is it used for?

(Source of confusion: using beautiful Fuel with Fossil, clicked the "Stash changes" button, see files in there with question marks, and don't know what to do with them ...)

First of all: let us understand why do we need to use stash?

In order to understand what stash is, we first need to understand the 3-stats. Git has a build in model named 3-states which is the internal git structure for working with local repository. 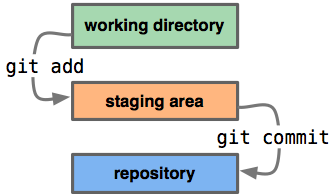 The "problem" with the 3-states is that there is one per repository and not one per branch. So when we switch branches the only thing that is being modified is the HEAD which points to a different commit.

In git a branch is only an alias to a given commit so switching branches as explained before only changes the HEAD while leaving the working directory && stage unchanged and leaving all the modification as is. [Working directory is being updated with the required files which the new branch has but its not part of our explanation.]

So if we add new files, modified some others and now we wish to move to a different branch we will have dirt left out in our working directory and stage area as seen below.

We have some dirty work following us regardless of the branch we are now working on. 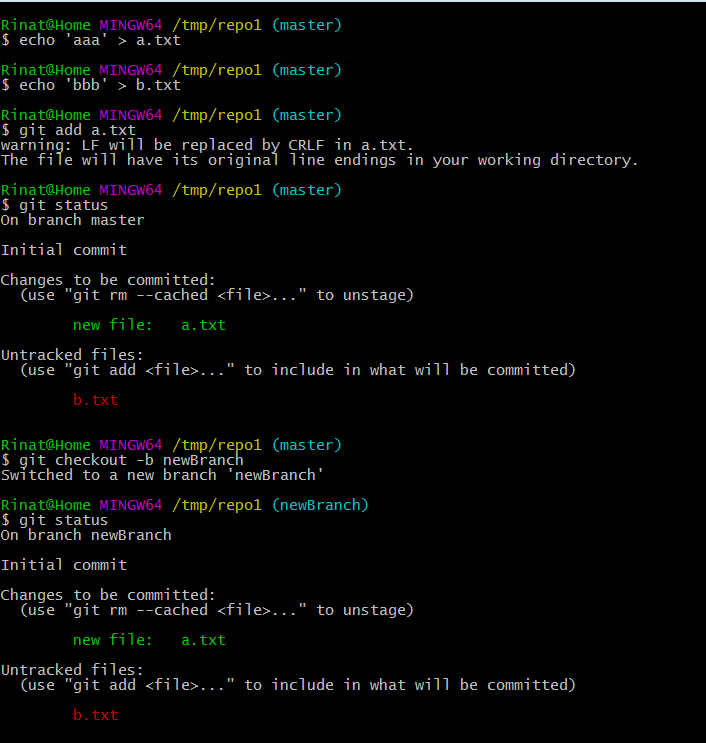 So how can we work on multiple branches?

Most of the git users use stash in order to gain the ability to work simultaneously on multiple branches. git stash is the basic way to accomplish it since git stash saves our work in a separate zone named stash.

We then can checkout the code at any given time for any given branch. 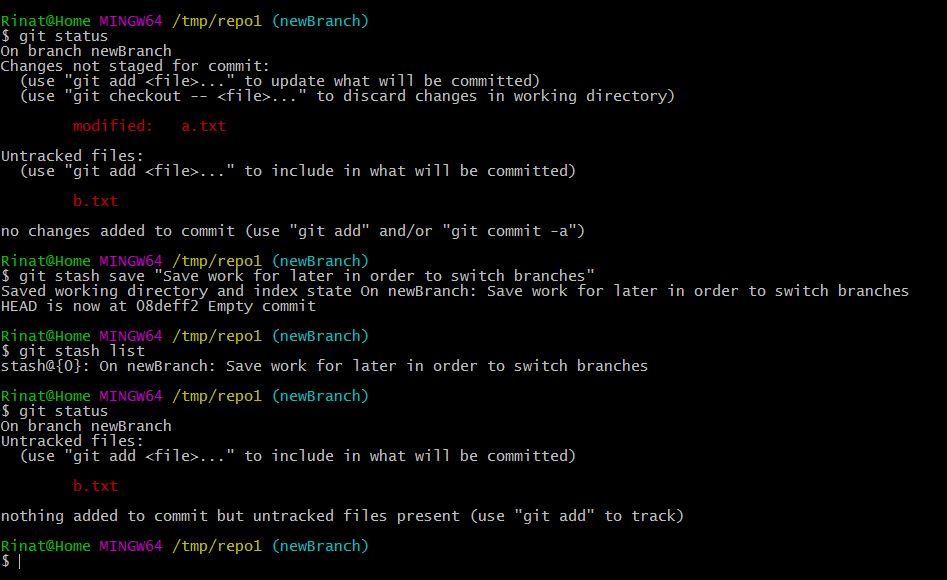 So far so good.

Where is the problem and why not use stash in first place?

The problem is that when using stash we don't have the ability to really work on multiple branches since we will have to stash every time we wish to switch branches.

Another issue is, that we can pull the stash code to the wrong branch and than we have to figure out which files are the correct ones, if we did a mistake.

So how can we really work on multiple branches?

Git had this ability since 2007. Under the contrib folder the was a hidden command named 'new-workdir' which was later on added to git in version 2.5 and was renamed to git worktree.

git worktree will create a new working folder allow us to work on multiple branches on the same time. Each copy will point to the origin repository while the 3-states are a new and fresh copy. This save us the need to use git stash or even to clone a new repository, since those worktrees shares the same repository, we can checkout any branch on any worktree, we can do a cherry-pick or merge and all will be done locally on our machine.

will create another folder on your computer which allows you to work on a different branch simultaneously.

This will allow you to do any experiments on the new worktree without having any effect on the repository itself. In the attached image you can see that there are 2 separate working folder but both of them are using a single repository and share the content. 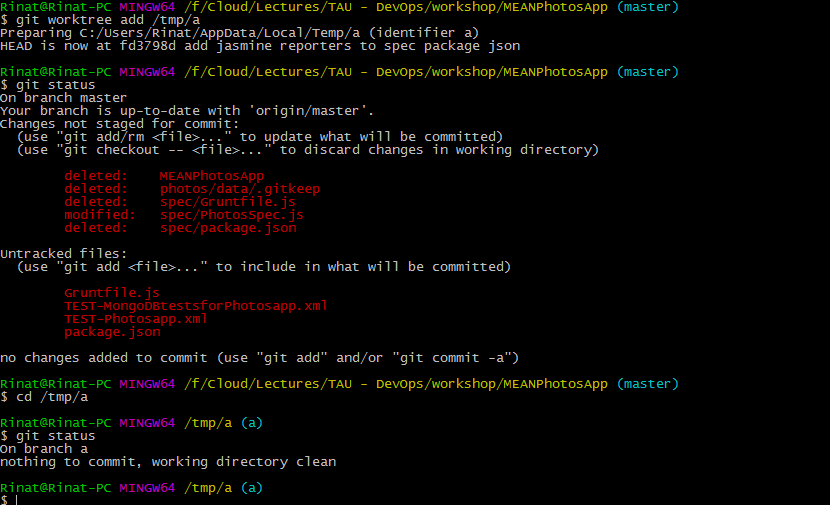 Fossil, Git, and possibly other revision control systems share the idea of a stash. Pro Git has a section on stashing. It says, in part:

Stashing takes the dirty state of your working directory — that is, your modified tracked files and staged changes — and saves it on a stack of unfinished changes that you can reapply at any time.

In other words, it's a way to save your current work while doing something else, without making a "real" commit or affecting your repository history.

Not the answer you're looking for? Browse other questions tagged git git-stash fossil or ask your own question.

244
How can I move HEAD back to a previous location? (Detached head) & Undo commits

2104
How to recover a dropped stash in Git?
12978
What is the difference between 'git pull' and 'git fetch'?
1874
How do you stash an untracked file?
2590
How do I make Git ignore file mode (chmod) changes?
3463
Stash only one file out of multiple files that have changed with Git?
1918
How can I git stash a specific file?
2440
What is the best (and safest) way to merge a Git branch into master?
1604
Git diff against a stash
1876
How to name and retrieve a stash by name in git?
1322
Difference between git stash pop and git stash apply