I'm passing around some objects through web service and some of them contain java.sql.Date. Because Date doesn't have empty constructor it doesn't want to get serialized.

First part of a question is easy: what is the best way to pass a date between client and service?

Second part is bit trickier: Once I decide how to pass dates around, I can obviously declare date transient and make some wrapper class to pass dates as String or whatever, but how to apply same solution as transparently as possible to several classes that include Date?

(I have a hunch that DynamicProxy thingy might be a solution, but reading documentation on Sun's site wasn't very helpful, so if it really is something in that direction, some clarification would be appreciated)

Edit: I asked wrong question, sorry (some misunderstanding between me and coworker what is actually a problem). Problem occurs because of deserializing. So once I have date in xml format it tries to deserialize itself as GregorianCalendar. Other part of a question still remains: What is the best way to receive something (long timestamp or GregorianCalendar) and convert it to sql date, without making 10 different wrappers for 10 different classes. I'm using a NetBeans for code and wsdl generation.

The Date class has a clunky API. A better implementation is Joda-Time.

Joda-Time also allows you to convert your date in a ISO 8601 standard format (yyyy-mm-ddTHH:MM:SS.SSS). Using this standard when moving dates from server to its client has the advantage to include the full date in a readable format. When you use for example JAXB, the XML representation of a date is also this ISO standard. (see the XMLGregorianCalendar class)

To answer the first part of your question, I would suggest a string in iso 8601 format (this is a standard for encoding dates).

For the second part, I'm not sure why you would need a proxy class? Or why you would have to extend the date class to support this. eg. would not your web service know that a certain field is a date and do the conversion from date to string and back itself? I'd need a little more information.

Just use getTime() to get the long value from it. This can be serialized and a new java.sql.Date(long) or new java.util.Date(long) constructed from it at the other end.

one caveat with java.sql.Date that bit me recently is that it doesn't store the time portions (hours, minutes, seconds, etc) just the date portion. if you want the full timestamp you have to use java.util.Date or java.sql.Timestamp

I will expand on the correct answer by JeroenWyseur.

The ISO 8601 standard format is absolutely the best way to serialize a date-time value for data exchange. The format is unambiguous, intuitive to peoples across cultures, and increasingly common around the world. Easy to read for both humans and machines.

The first example has an offset of two hours ahead of UTC. The second example shows the common use of Z ("Zulu") to indicate UTC, short for +00:00.

The java.util.Date & .Calendar classes bundled with Java are notoriously troublesome, confusing, and flawed. Avoid them. Instead use:

By default, both libraries use ISO 8601 for both parsing and generating String representations of date-time values.

Search StackOverflow.com for many hundreds of Questions and Answers with much discussion and example code.

Some of the other answers recommend using a number, a count from epoch. This approach is not practical. It is not self-evident. It is not human-readable, making debugging troublesome and frustrating. 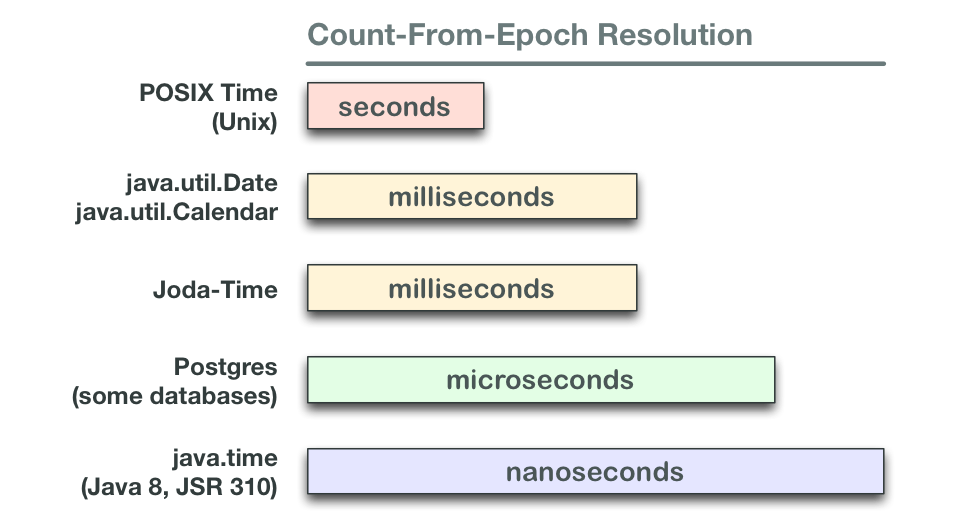 See my answer on a similar question for more discussion.

I'm passing around some objects through web service and some of them contain java.sql.Date

Best to avoid the legacy class entirely, but you can convert back and forth by calling new methods added to the old class: myJavaSqlDate.toLocalDate()

The LocalDate class implements Serializable. So you should have no problem with it automatically serializing, both marshaling and unmarshalling.

You don't need default constructor (empty) in order to serialize/deserialize date (either java.sql.Date or java.util.Date). During deserialization constructor is not called but attributes of object set directly to values from serialized data and you can use the object as it is since it deserialized.

You could use an encoder and decode to serialise and deserialise your objects.

Here is an example which serialises the SWT Rectangle class:

First, if you are using web services, it means you are serializing to XML and not your regular Java serialization (but some other library for marshaling and unmarshaling). So the question is lacking some information.

java.sql.Date already implements Serializable so no need to implement it :-)

As far as your main question is concerned, I'm deeply in love with JAXB as I can turn almost any XML into an object, so it might be worth your while to look into it.

Hmmm... Can't think of any reason why any serialized object-instance (serialized via the default java mechanism) should deserialize itself as an instance of another class as the class information should be an inherent part of the serialized data.

So it's either a problem of your (de-)serialization framework or the framework accepts any "date-like" object on the "sending end" (Calendar, java.util.Date etc. - an thus java.sql.Date too as it extends java.util.Date), "serializes" it to a String in some common date-format (so the type information is lost) and "deserializes" it back to a Calendar object on the receiving end.

So I think the simplest way to get to java.sql.Date is to do a

where you need an java.sql.Date but get the GregorianCalendar back from the "deserialization".

Not the answer you're looking for? Browse other questions tagged java web-services serialization date or ask your own question.

6392
Is Java “pass-by-reference” or “pass-by-value”?
3950
How do I read / convert an InputStream into a String in Java?
3051
When to use LinkedList over ArrayList in Java?
3426
How do I generate random integers within a specific range in Java?
1860
Compare two dates with JavaScript
1420
Detecting an “invalid date” Date instance in JavaScript
2229
How do I get the current date in JavaScript?
2056
How to format a JavaScript date
2943
How do I convert a String to an int in Java?
3152
How to create a memory leak in Java?