How to get the application version and build in an iOS PhoneGap Application?

When you are setting up a PhoneGap project, you see the following:

I wanted to offer my solution (based off of Adam Ware's solution).

Normally I don't like just giving all the code for people to copy and paste, but I feel like this is a bit of an exception as a lot of people diving into PhoneGap know nothing about Objective-C and its funny-looking syntax (like me).

So here's what I went through using the code and following the guide Adam pointed to:

I've written in C before, so I understand headers, but for those of you that don't, it's basically telling the complier what to look for, so we just tell it the name of our method and import Cordova's header:

Those parameters are the standard Cordova plugin parameters (as far as I know). Our function, as a getter, doesn't actually have any parameters in one sense, but those are still required. (options might actually be optional? I didn't test.)

In our .m, all we need is the actual function, our header from before, and CDVPluginResult.h:

Basically, this gets the version number and passes it back to your success callback. (I didn't think this method really has a fail case, so it doesn't have a fail callback.) 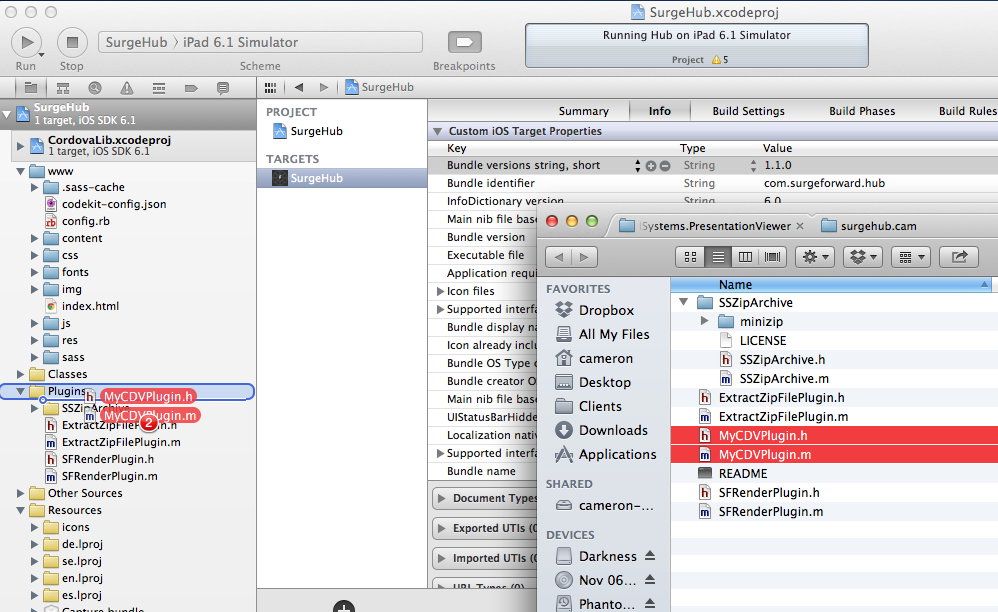 Also, make sure you add your plugin to your Cordova.plist Plugins entry: 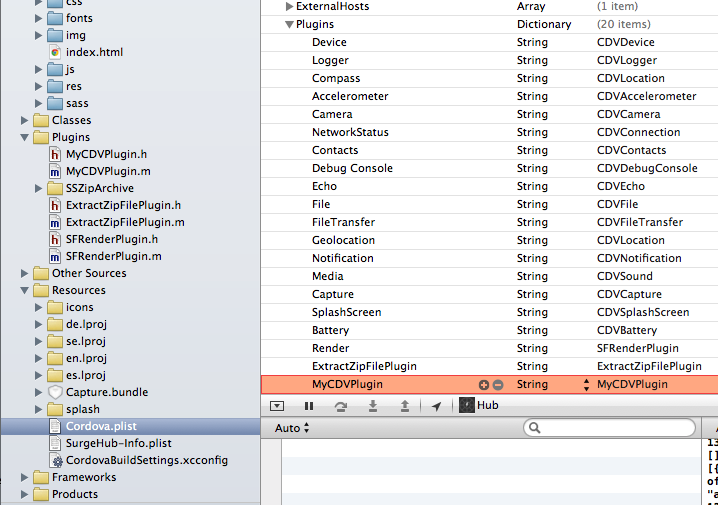 From there, it's pretty simple to call the method from JavaScript (make sure to use it after deviceready is triggered):

That's it! Simple, right...? Hope this helps someone else a little overwhelmed by the Obj-C side of PhoneGap.

As a small tweak to @CWSpear's awesome answer, I also wanted to grab the Build:

Grab the Build and Version:

Throw them into a Dict:

Modify the pluginResult to return the new Dict:

I don't know enough about objective C to return it as two args in the JS cordova.exec callback function, otherwise that would probably be the most straight forward.

If you are using jquery then we can get the app version from this function cordova.getAppVersion.getVersionNumber of cordova-plugin-app-version cordova plugin.

But if we use angular then we have to put the version setting code inside the $timeout then it will work fine.

3
How to get the version of the current installed app using Cordova?
0
How to get app version number in iOS PhoneGap app?
0
Bundle version in iOS and Phonegap

1115
How can I change the name of an iOS app in XCode?
1930
What's the difference between the atomic and nonatomic attributes?
1395
How can I check for an active Internet connection on iOS or macOS?
899
How to check iOS version?
696
Version vs build in Xcode
13
How to add a PhoneGap plugin and build the app with Phonegap build
91
iOS 7 Status bar with Phonegap
348
How to localise a string inside the iOS info.plist file?
534
How do I get the App version and build number using Swift?
346
I get conflicting provisioning settings error when I try to archive to submit an iOS app