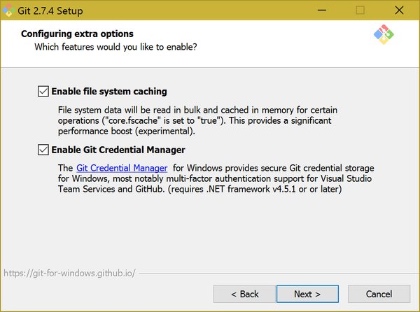 I was also getting similar error when I tried to use command "git pull" from master branch.

I executed below two commands and issue got resolved.

On an older Ubuntu Linux system:

I literally just went through this!

Additional note: There is a bug in Git Credential Manager Core v 2.0.567 in their Debian backage. Please install v2.0.474 before the new version is out.

Another efficient workaround is:

1- Go to control panel and add your credentials for github.com like this:

2- go to CMD and enter these commands: 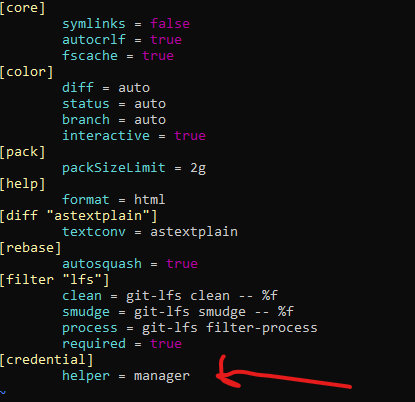 This works perfectly for me!

I had three different helper= entries in my .gitconfig's [credential] section, one of them empty. Deleting the other two and keeping helper=wincred solved the problem for me.

BTW: I don't know why, but I didn't find my .gitconfig right away. I found it then in C:\Users\username.

In my case this command solved the issue:

This is after GCM (Git Credential Manager): microsoft/Git-Credential-Manager/

Git Credential Manager (GCM) is a secure Git credential helper built on .NET that runs on Windows, macOS, and Linux. It aims to provide a consistent and secure authentication experience, including multi-factor auth, to every major source control hosting service and platform.

To help with migration somewhat, create symlinks and shim/copy-executables for the original executable name "git-credential-manager-core(.exe)" for consumers who have not updated to the new version.

git-compat-util: include declaration for unix sockets in windows

NO_UNIX_SOCKETS is still the default for Windows builds, as they need to keep backward compatibility with releases up to Windows 7, but allow including the header otherwise.

My original answer turned out to not be very useful even for myself, so I looked a bit more into it, and I found a hack (albeit somewhat complicated).

So, I use git under MSYS2, and I would like to use credential-cache, to just remember my password temporarily (and I haven't seen such a use case with wincred or other Windows-applicable approaches).

Basically, this requires a hack in https://github.com/git/git/blob/55144cc/builtin/credential-cache--daemon.c#L239 - instead of die-ing in that line, we'd like to proceed.

So, first of all, we want to build git under MSYS2.

So, we need to build the actual git as used in MSYS2. First, check versions:

Then, as per https://www.msys2.org/wiki/Creating-Packages/, we can do this:

So, now we want to do a hack in the source; note:

So, we make our hack with sed, and then build:

At this point, note that the hack ends up in at least three executables, which can be confirmed with:

... and I could only get this to work, after replacing all three:

And at this point, credential-cache started working also for me on MSYS2 (caching passwords for a limited amount of time); it's just that it dumps the hacked line when starting up:

A bit tricky, but seems to work.

PS: A tricky thing was, that I originally replaced die with just a printf to stdout, but that kept on failing; it turns out, stdout is used for interprocess communication, and for this to succeed, something apparently answers ok\0 on stdout which is three bytes; so the solution was to print the notice to stderr instead.

While not responsive to the question exactly as asked, this was the most appropriate question I could find, to document this as an answer:

I use git under MSYS2 in Windows 10, which currently has the version:

I typically just want git to cache my password for a limited time (maybe 10 minutes or so) and then forget about it; and I haven't yet seen uses of wincred or other Windows-specific credential manager with that use case.

That being said, turns out for me there is an "easy fix" - basically, the first time credential manager runs, it is fine; it is only upon subsequent uses that I get:

So, basically, the fix is to delete the credential directory - thereafter, the credential cache manager runs as if for the first time, and caches the passwords for a limited time - just as I want it:

Good enough for me, I guess :)

EDIT: not really, I've experienced that immediately after this, if you try a pull in another tab, the error returns.

2411
How can I save username and password in Git?
2063
Is there a way to cache https credentials for pushing commits?
944
Remove credentials from Git
329
Where to store my Git personal access token?
256
Git credential helper - update password
73
Git http - securely remember credentials
61
Use GitHub for Windows for both Bitbucket and GitHub
23
git: 'credential-cache' is not a git command - Remove setting
20
Error fatal: credential-cache unavailable; no Unix socket support
19
Supplying a password to Git in a Bash script
See more linked questions