I am using PyCharm to work on a project. The project is opened and configured with an interpreter, and can run successfully. The remote interpreter paths are mapped properly. This seems to be the correct configuration, but PyCharm is highlighting my valid code with "unresolved reference" errors, even for built-in Python functions. Why don't these seem to be detected, even though the code runs? Is there any way to get PyCharm to recognize these correctly?

Dmitry's response didn't work for me.

I got mine working by going to Project Interpreters, Selecting the "Paths" tab, and hitting the refresh button in that submenu. It auto-populated with something called "python-skeletons". 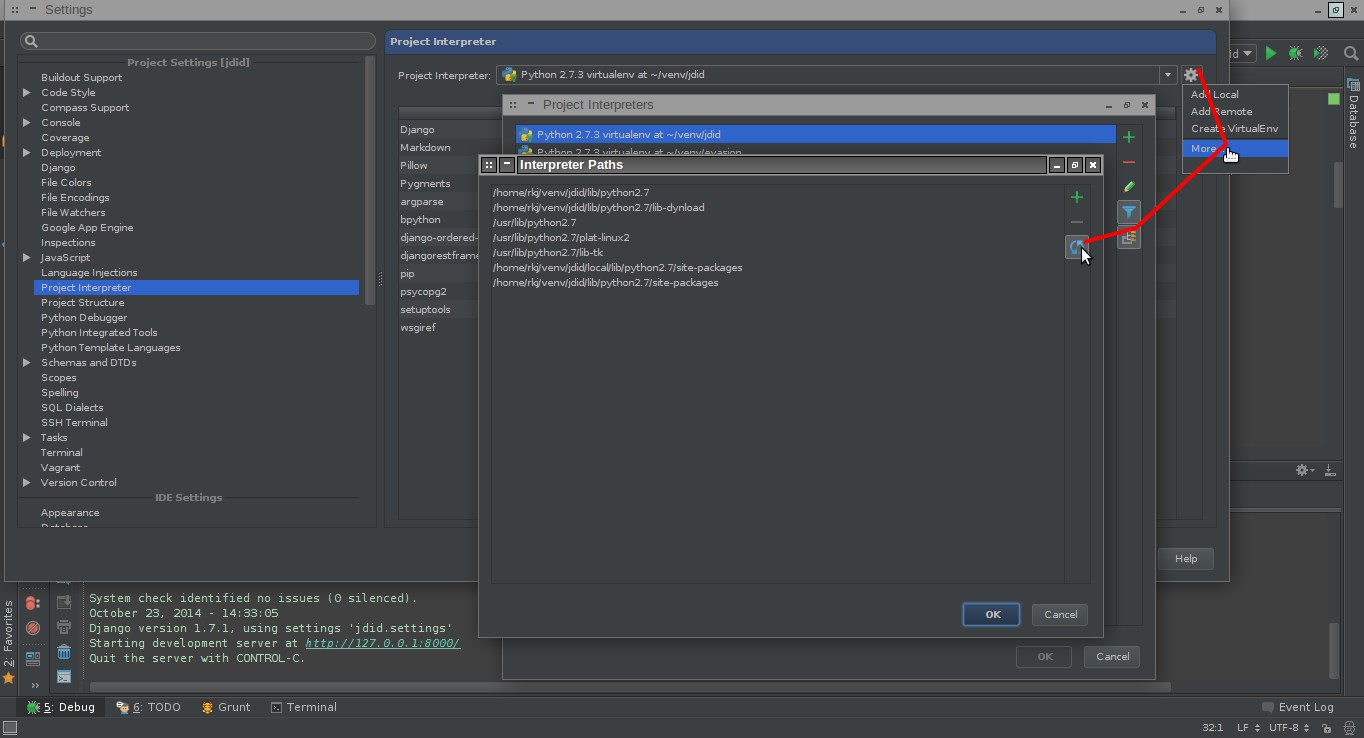 There are many solutions to this, some more convenient than others, and they don't always work.

Here's all you can try, going from 'quick' to 'annoying':

In my case it was the directories structure. My project looks like this:

So right click on dir_b > "mark directory as" > "project root"

I find myself removing and re-adding the remote interpreter to fix this problem when Invalidating Caches or Refreshing Paths does not work.

I use vagrant and every once and awhile if I add a new VM to my multi-vm setup, the forwarded port changes and this seems to confuse PyCharm when it tries to use the wrong port for SSH. Changing the port doesn't seem to help the broken references.

If none of the other solutions work for you, try (backing up) and deleting your ~/.PyCharm40 folder, then reopening PyCharm. This will kill all your preferences as well.

you just have to mark your root directory as: SOURCE ROOT (red), and your applications: EXCLUDED ROOT (blue),

then the unresolved reference will disappear.

Sorry to bump this question, however I have an important update to make.

You may also want to revert your project interpreter to to Python 2.7.6 if you're using any other version than that This worked for me on my Ubuntu installation of PyCharm 4.04 professional after none of the other recommendations solved my problem.

You might try closing Pycharm, deleting the .idea folder from your project, then starting Pycharm again and recreating the project. This worked for me whereas invalidating cache did not.

I finally got this working after none of the proposed solutions worked for me. I was playing with a django rest framework project and was using a virtualenv I had setup with it. I was able to get Pycharm fixed by marking the root folder as the sources root, but then django's server would throw resolve exceptions. So one would work when the other wouldn't and vice versa.

Ultimately I just had to mark the subfolder as the sources root in pycharm. So my structure was like this

That second playground folder is the one I had to mark as the sources root for everything to work as expected. That didn't present any issues for my scenario so it was a workable solution.

Just thought I'd share in case someone else can use it.

It could also be a python version issue. I had to pick the right one to make it work.

If you want to ignore only some "unresolved reference" errors, you can also tell it PyCharm explicitly by placing this in front of your class/method/function:

I closed all the other projects and run my required project in isolation in Pycharm. I created a separate virtualenv from pycharm and added all the required modules in it by using pip. I added this virtual environment in project's interpreter. This solved my problem.

Geeze what a nightmare, my amalgamation of different StackOVerflow answers:

None of the above solutions worked for me!
If you are using virtual environment for your project make sure to apply the python.exe file that is inside your virtual environment directory as interpreter for the project (Alt + Ctrl + Shift + S) this solved the issue for me.

In my case the inspection error shows up due to a very specific case of python code. A min function that contains two numpy functions and two list accesses makes my code inspection give this kind of errors.

Removing the 'd=0' line in the following example gives an unresolved reference error as expected, but readding doesn't make the error go away for the code inspector. I can still execute the code without problems afterwards.

Clearing caches and reloading list of paths doesn't work. Only altering the code with one of the following example patches does work:

None of the answers solved my problem.

What did it for me was switching environments and going back to the same environment. File->Settings->Project interpreter

I am using conda environments.

Worked for me with much simplier action:

Profit - Pycharm is updating skeletons and everything is fine.

If you are using vagrant the error can be caused by wrong python interpreter. In our vagrant we are using pyenv so I had to change Python Interpreter path path from /usr/bin/python to /home/vagrant/.pyenv/versions/vagrant/bin/python 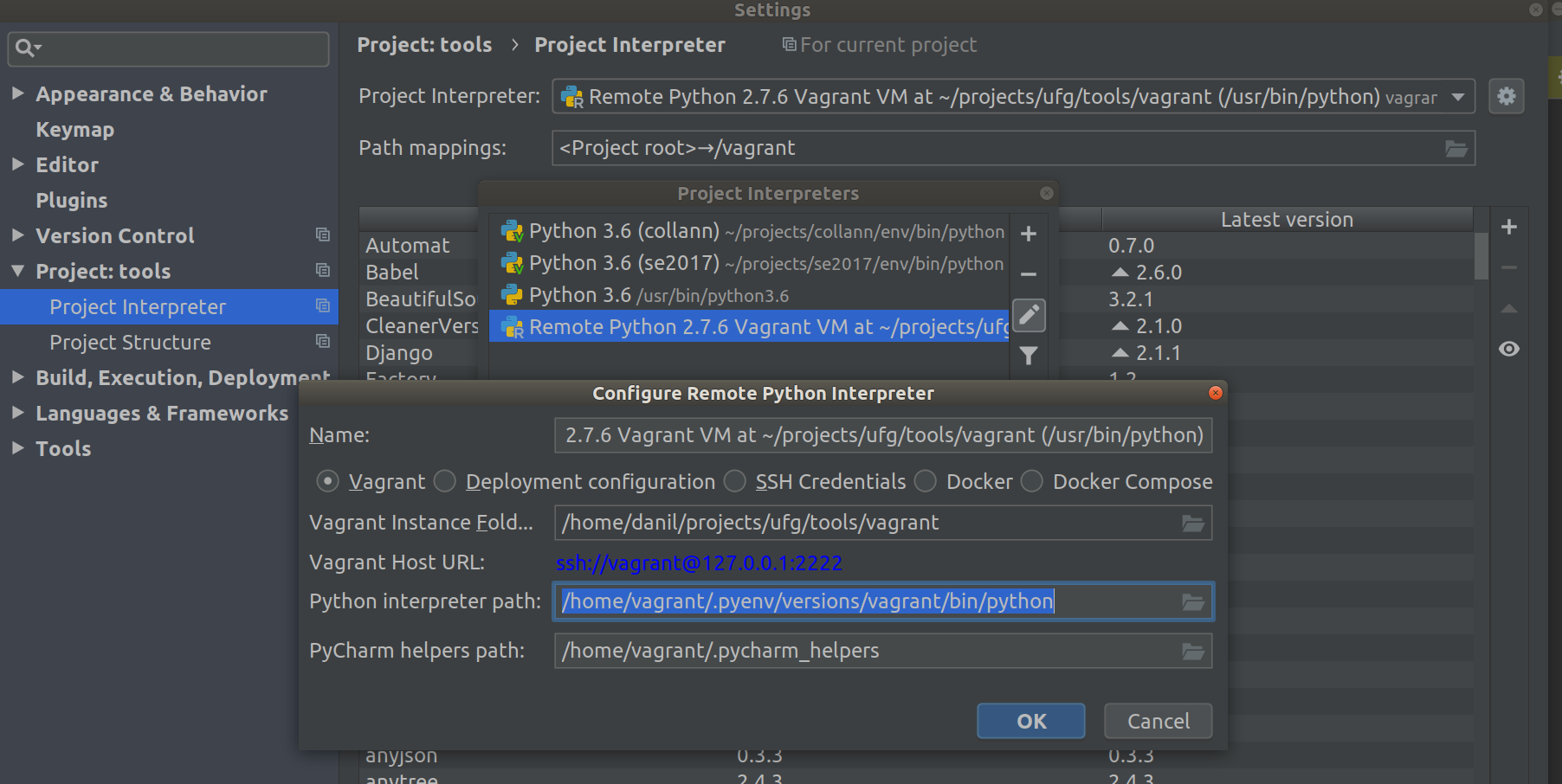 I have a project where one file in src/ imports another file in the same directory. To get PyCharm to recognize I had to to go to File > Settings > Project > Project Structure > select src folder and click "Mark as: Sources"

My problem is that Flask-WTF is not resolved by PyCharm. I have tried to re-install and then install or Invalidate Cache and Restart PyCharm, but it's still not working.

Then I came up with this solution and it works perfectly for me. 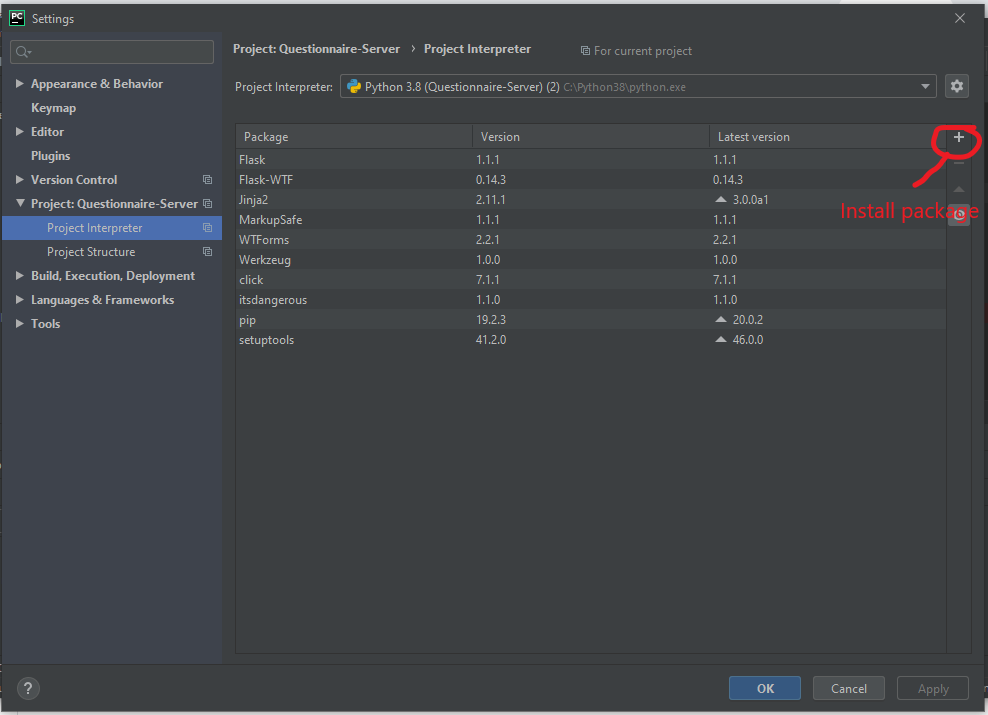 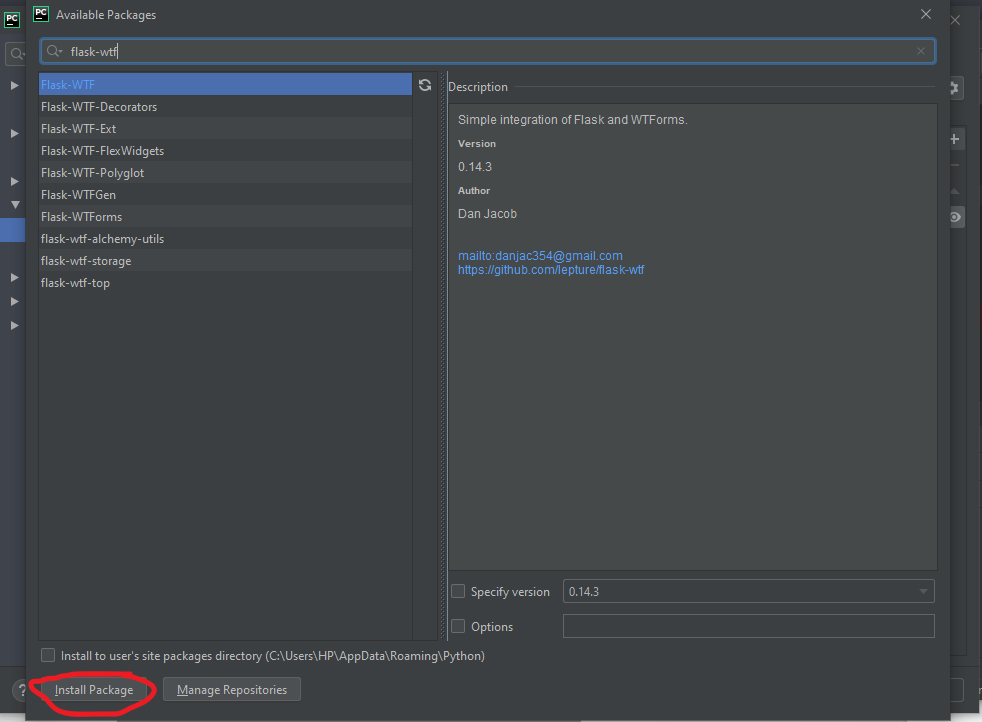 Now, you'll see your library has been resolved.

Are you using virtualenv?

if so, you need to notify PyCharm for every change in the location of the the desired python.exe (merely ./activate is not enough for PyCharm) 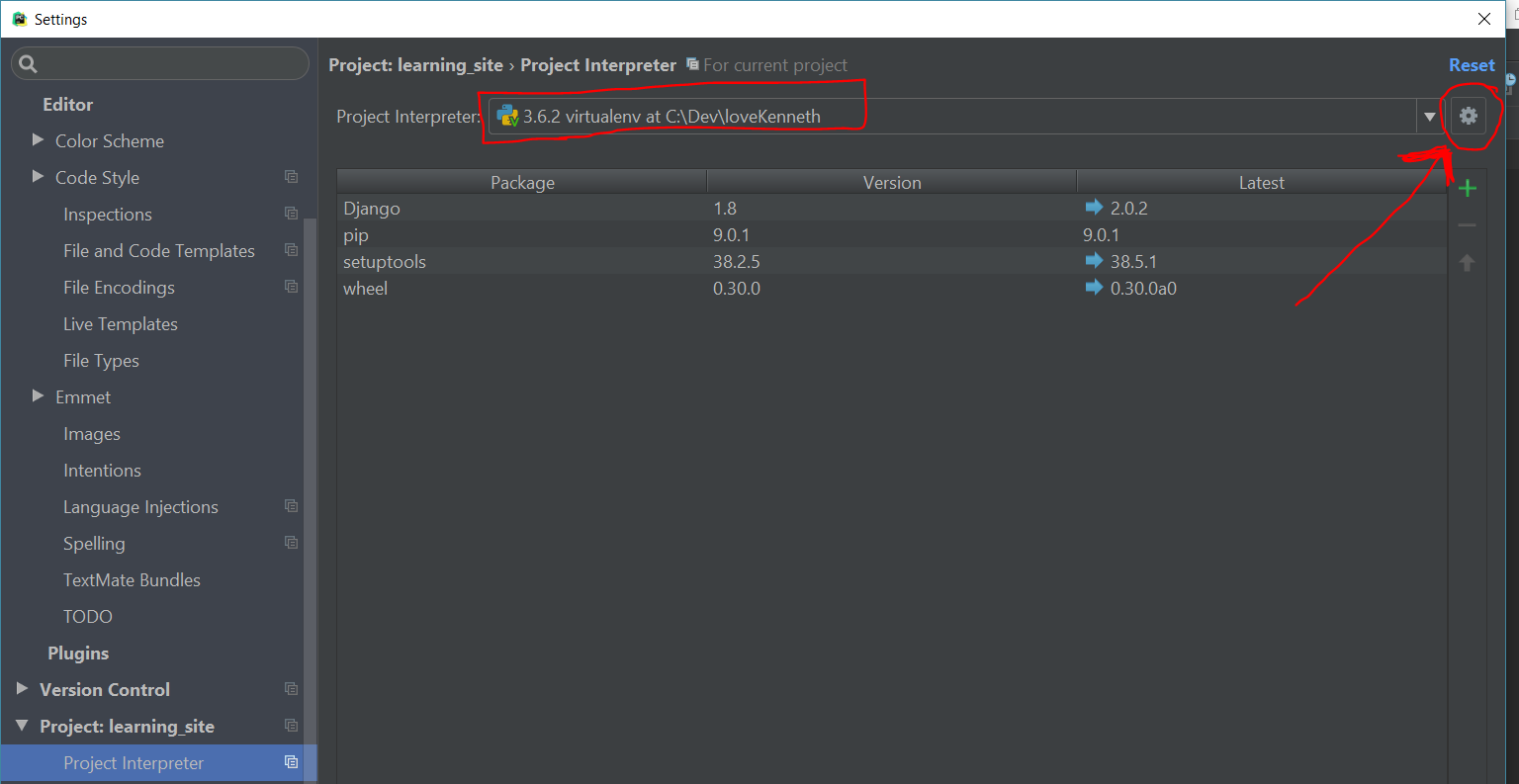