I am writing an Android app and have run into a very strange situation. I have an animation-list xml file that I have created for an animated loading graphic named 'loading.xml' and I am setting it as the background for an ImageView in my code. It is something like this:

This works wonderfully with no problems whatsoever. However, if I rename 'loading.xml' to 'anim_loading.xml' (to keep it inline with my usual naming scheme) I get a force close with

at the line where

After changing the name, it force closes, and if I change it back to just 'loading.xml' it works fine again.

I am really stumped on this one. I have tried creating a completely new file with the correct name, various clean/builds, closing/reopening Eclipse, closing/reopening the AVD, wiping the AVD and reinstalling fresh, I have tried renaming the xml file to something else entirely, and there are no other resources with the same names. So far, nothing has worked outside of leaving the file named 'loading.xml', which at least it works, but it is annoying. I haven't been able to find anyone with the same type of problem, which as vast as SO and the internet are, usually means that it's something stupid that I have missed somewhere along the line.

Does anyone have any ideas on why it will not let change the name on this file?

After giving up and just leaving it alone for a little while, I just stumbled upon the answer to this question!

Apparently, there is some sort of bug with Android that causes the first file in the res/drawable directory to be viewed as a ColorDrawable regardless of what it actually is. Before, when I was trying to change the name of the file, the new name put it at the top of the list in the directory and that was enabling this bug to show itself. Without the name change, the top item in my drawable directory just happened to be a ColorDrawable so I never noticed this weird bug until after I tried changing that name.

To solve the problem (or rather, to work around the problem) I created an empty dummy file in the res/drawable directory named a.xml. As odd as it may sound, it fixed everything!

You should save in drawable res/drawable/rocket.xml

It will fix the question. 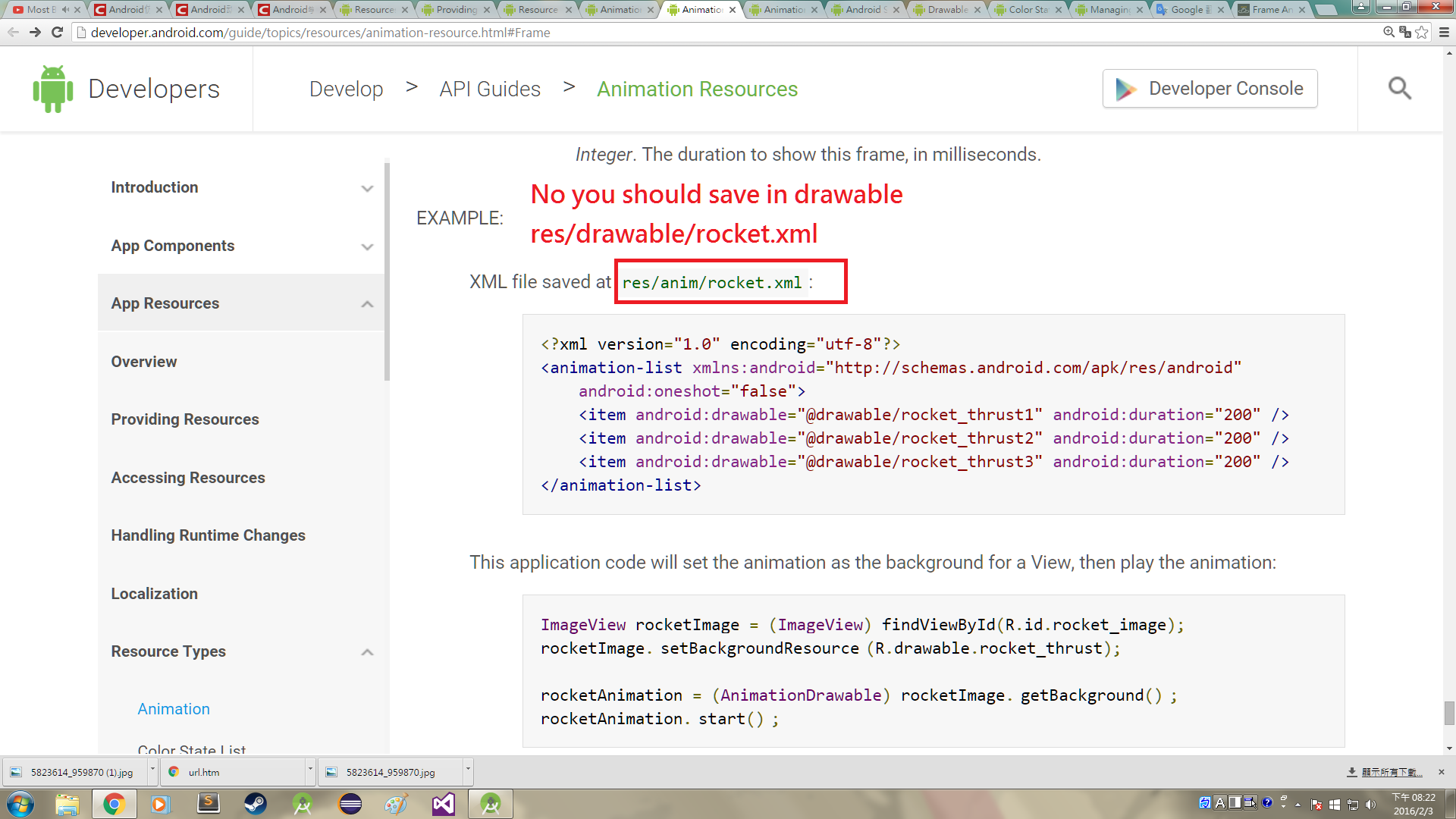 Not the answer you're looking for? Browse other questions tagged android classcastexception xml-drawable or ask your own question.

2089
Is there a way to run Python on Android?
1970
How to lazy load images in ListView in Android
3933
How do you close/hide the Android soft keyboard using Java?
2941
How to stop EditText from gaining focus at Activity startup in Android
1921
“Debug certificate expired” error in Eclipse Android plugins
2825
Is there a unique Android device ID?
982
How to convert a Drawable to a Bitmap?
2044
What is 'Context' on Android?
3702
Proper use cases for Android UserManager.isUserAGoat()?