I've been pulling my hair out trying to find a way to include the list of changes generated by Jenkins (from the SVN pull) into our Testflight notes. I'm using the Testflight Plugin, which has a field for notes - but there doesn't seem to be any paramater/token that jenkins creates to embed that information.

Has anyone had any luck accomplishing something like this?

It looks like the TestFlight Plugin expands variables placed into the "Build Notes" field, so the question is: how can we get the changes for the current build into an environment variable?

As far as I'm aware, the Subversion plugin doesn't provide this information via an environment variable. However, all Jenkins SCM plugins integrate changelog information, as you can see via the "Changes" link in the web UI for each build.

This information is also available via the Jenkins API, even while a build is in progress.

For example, if you add an "Execute shell" build step where you run this command:

You'll get an XML document similar to this:

You can then format this information however you like and place it into an environment variable which can then be referenced in the TestFlight "Build Notes" section.

However, setting an environment variable in a build step isn't persistent by default — to do so requires using the EnvInject Plugin.

In this case, you could write your changelog text to a temporary file with contents like:

Then, by using a build step with the Environment Properties File Path option to load this file, the $CHANGELOG variable would exist in your environment and persist until the end of the build, allowing you to use it in the "Build Notes" field.

Note: I haven't used the TestFlight plugin myself (though I took a quick look at the code), and I only tested the changes API with a Git repository. Similarly, I didn't test how newlines should be encoded with the EnvInject plugin, so that could cause issues.

Given that Jenkins log changed format, I updated XML content from the original post. Also, since original TestFlight died, and the plugin is now obsolete, I am shoving the content into an HTML file for use with HockeyKit. It is really a text file WITH line breaks. Making sed insert line breaks is ..challenging, and the string looks very confusing (at least to me) at a first glance.

Note Edit: BuildDestinationPath and Changelog are my local variables. Variables in caps are Jenkins environment variables and should exist on any instalation.

Very simple and it works for SVN.

In fact, you can access to that information before the build phase finish by reading/parsing the ../builds/$BUILD_NUMBER/changelog.xml file inside the build folder. This file is created with the SVN/GIT commit triggering and not with the end of the build or post_build phase. That means, you can parse it at the start of the build phase of the same job with a script and insert the data in env variables.

This is if you don´t want to use the curl and XML.

I made some python example which coverts xml to CHANGELOGS

actual python code is below

The Testflight Plugin has an option for this. Here's the commit:

I didn't see it in the most recent testflight-plugin release so I built the plugin from git and it has this option. 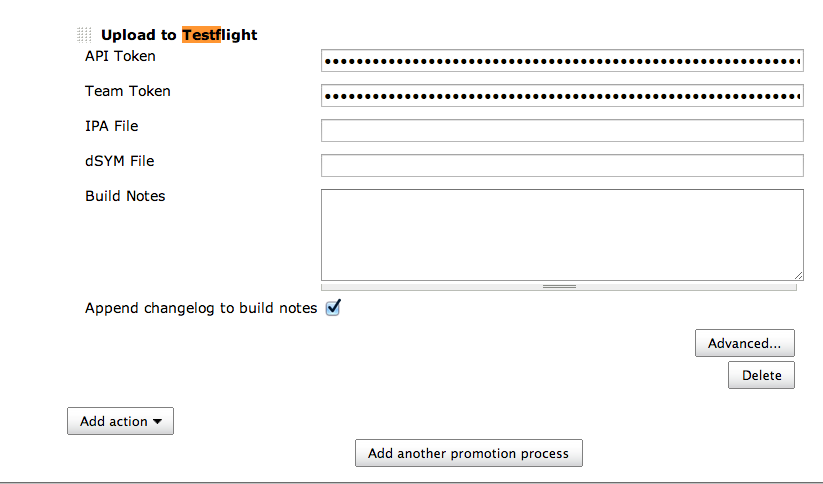 Not the answer you're looking for? Browse other questions tagged svn jenkins testflight or ask your own question.

1
Jenkins: capture git commit message
38
In Hudson, how do I get the current build's git commit sha?
3
How to get the username of the last svn commit using ant?
4
Jenkins conditional build step based on files changed from SVN
3
How to upload a Changelog in Jenkins as Release notes of Hockey app
2
Passing git changes to a file for use in later Jenkins jobs
0
Jenkins change log
1
Saving Jenkins changelog from TFS to file