I am reading Maven documentation and came across the name uber-jar. 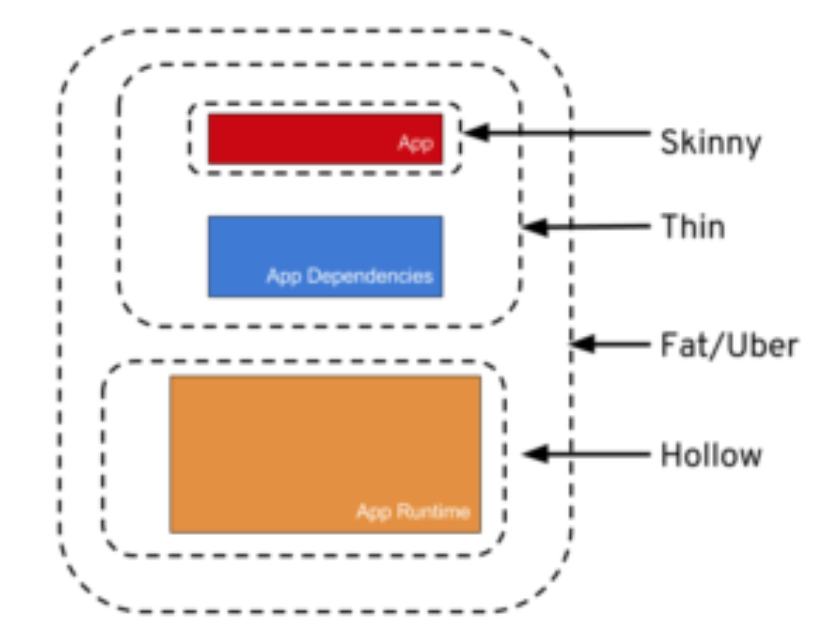 181
What is a fat JAR?
70
What is a shaded jar? And what is the difference/similarities between uber jar and shaded jar?
0
Is fat jar equal to runnable/executable jar?
1
How to run jar after maven package
495
"Invalid signature file" when attempting to run a .jar
254
What causes java.lang.IncompatibleClassChangeError?
47
Best practices in building and deploying Clojure applications: good tutorials?
17
Should you provide dependent libraries in client jar?
12
using JarJar repackaging tool
8
Packaging and Running Scala Spark Project with Maven
See more linked questions

4240
What are the differences between a HashMap and a Hashtable in Java?
3361
What is a serialVersionUID and why should I use it?
2821
How can I create an executable/runnable JAR with dependencies using Maven?
2055
Does Java support default parameter values?
1108
What does 'synchronized' mean?
2084
Comparing Java enum members: == or equals()?
2275
What is a JavaBean exactly?
1322
Can't execute jar- file: "no main manifest attribute"
359
What is the maven-shade-plugin used for, and why would you want to relocate Java packages?
1807
What does "Could not find or load main class" mean?