I want to warp a flat image in a way that it appears to be the projection coming from a cylinder. 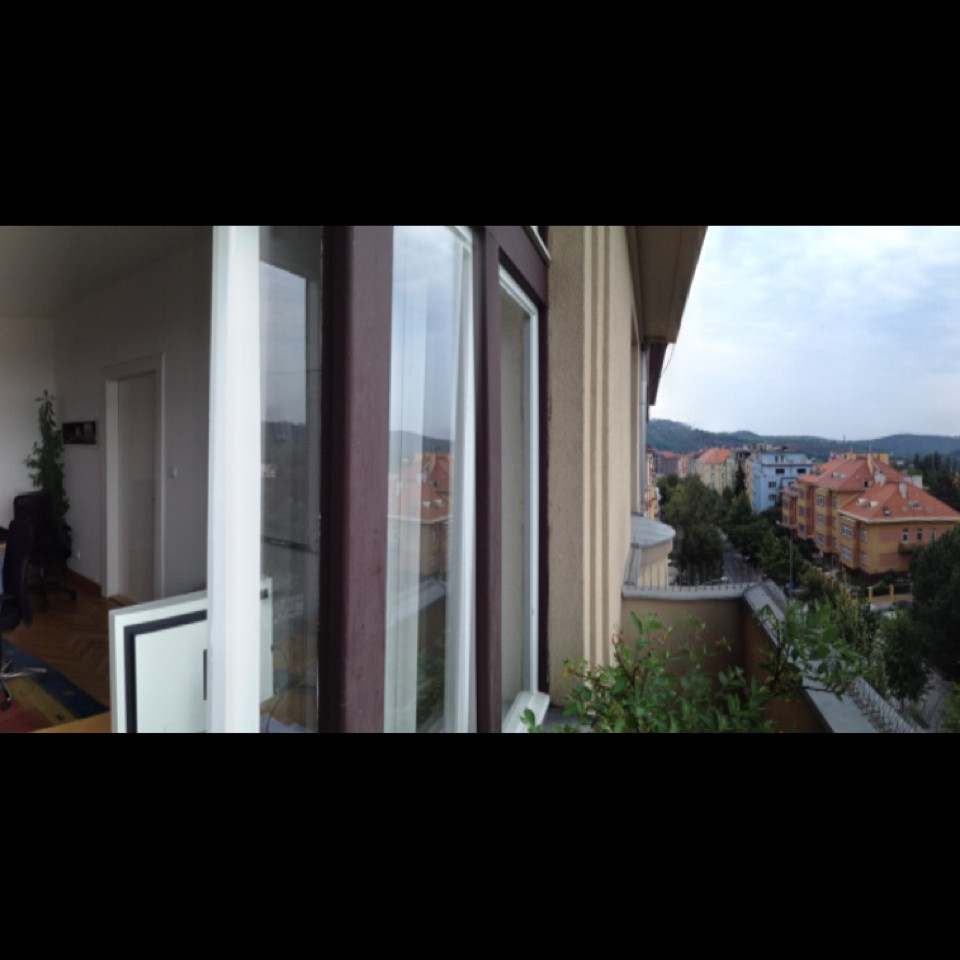 and I want to show it as something like this in 2D image: 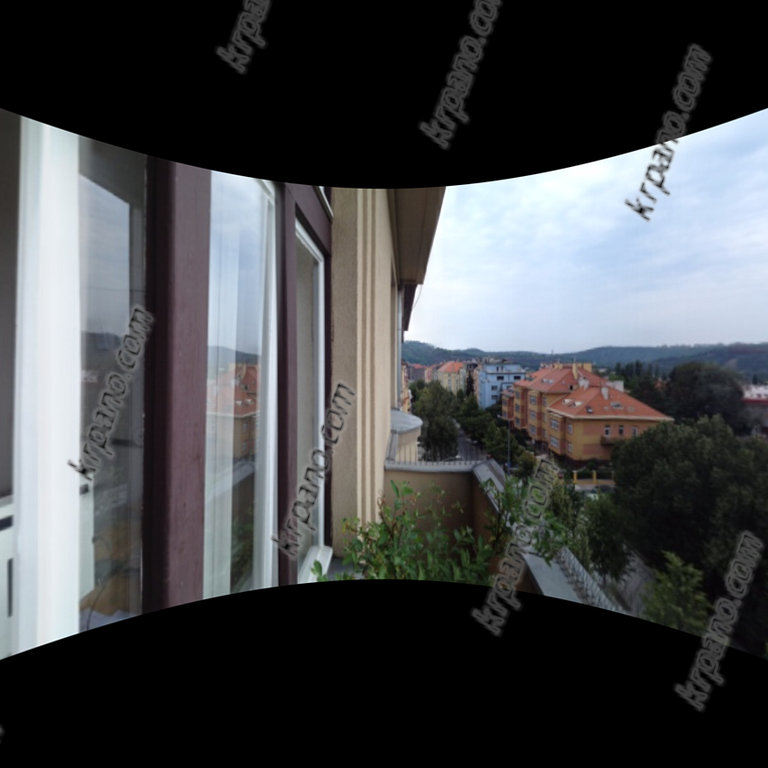 I'm a bit phased out on geometrical projections. I visited some other questions like this but I don't understand how will I represent these cylindrical coordinates (theta and rho) into x,y coordinates in cartesian (x,y) plane. Could you guys help me with an elaborative example? I'm coding it for iPhone and I'm not using any 3rd party library like OpenCV etc.

This is an answer in 2 parts, the math and the code

I like this problem because the projection involved is interesting but the math can still be solved by hand without too much difficulty. To start, it is important to understand why exactly the image warps the way it does. Say we have a flat image with a concave cylinder sitting in front of it. 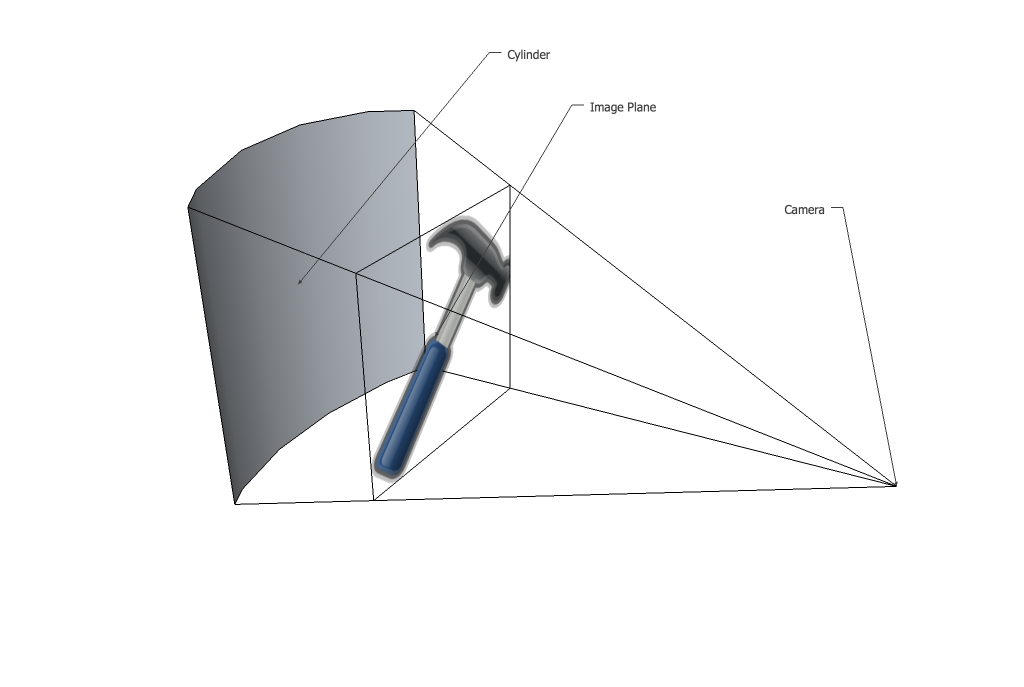 The first step is to do an orthographic projection moving the image onto the curved surface. 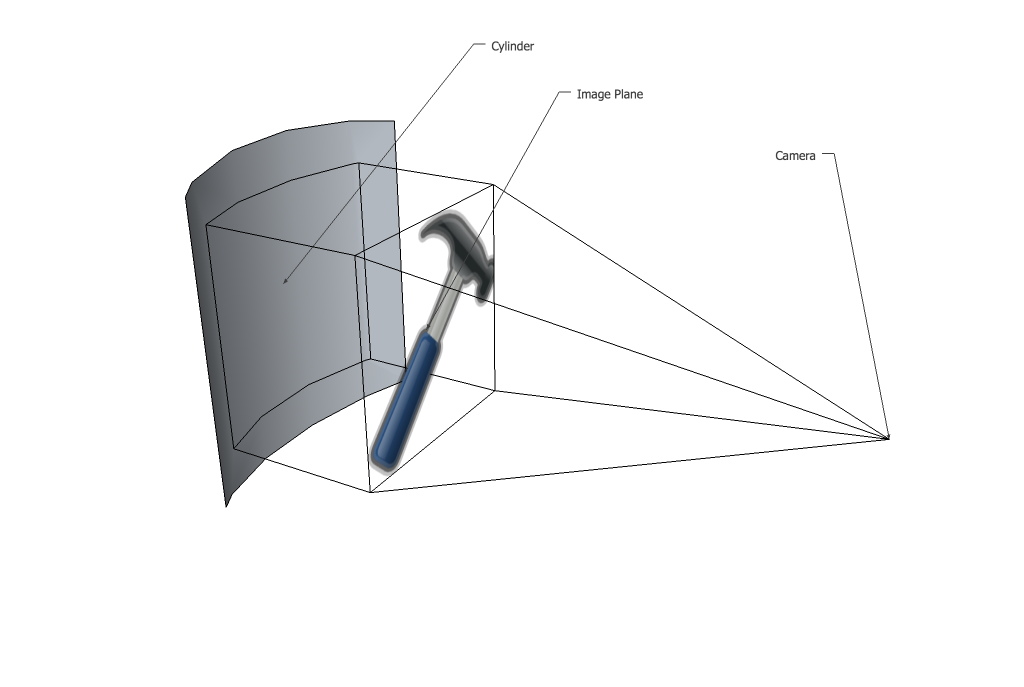 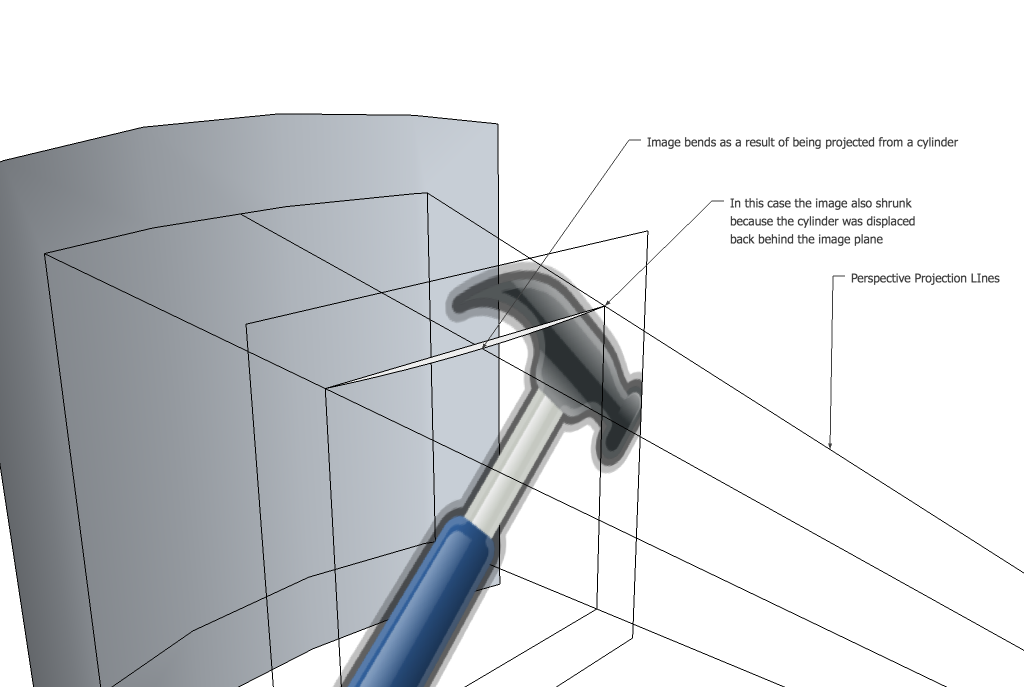 Keeping track of everything can be a little tricky so I will try to use consistent terminology. First of all, I am assuming that you want to guarantee that your cylinder touches your image at the edges. If that is true, then the the 2 free parameters you can choose are cylinder radius and focal length.

The equation of a circle in the zx plane is

assuming the center of the circle lies on the z axis. If the edge of the cylinder is going to touch the edge of the image plane which has a width w and a focal length f then

Now we know all the parameters of the cylinder we move on to step 2, project lines from the camera, through the image plane at xim to the cylinder at xc. Here is a quick diagram of the terminology. 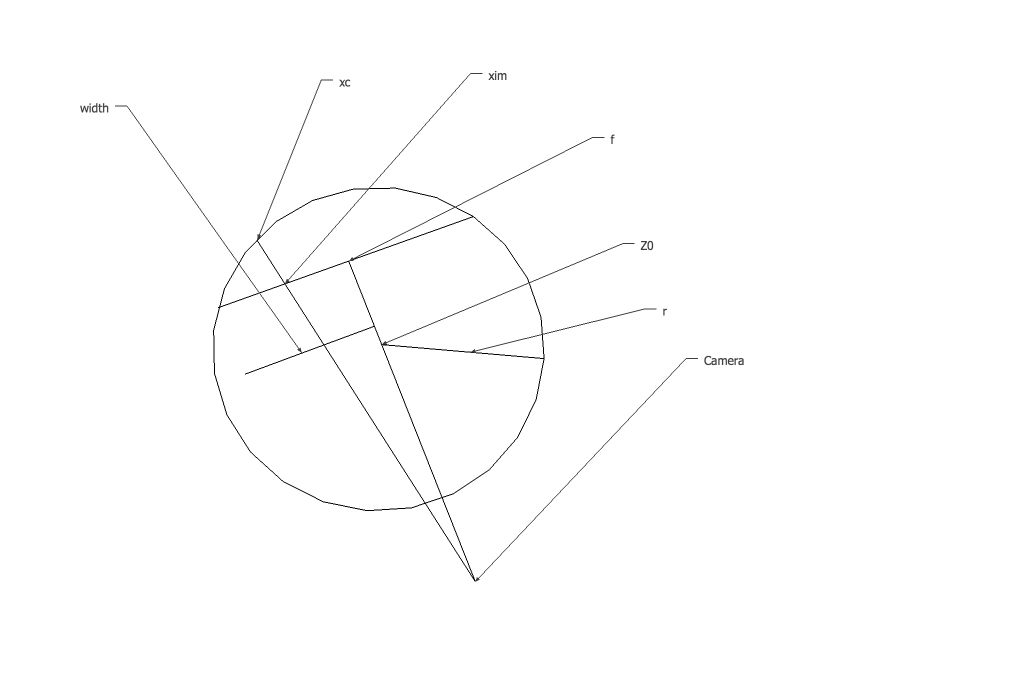 We know the line we are projecting starts at the origin and crosses the image plane at xim. We can write its equation as

You can use the quadratic equation to solve for z and then plug back into the line equation to get x. The two solutions correspond to the two places the line touches the circle, since we are only interested in the one that happens after the image plane, and that one will always have a larger x coordinate, use -b + sqrt(...). Then

The final step of removing the orthographic projection is easy just drop the z component and you are done.

I know you said you are not using openCV but I am going to use it in my demonstration as an image container. All the operations are done on a pixel by pixel basis so it should not be hard for you to convert this to work on whatever image container you are using. First I made a function which converts from image coordinates in the final image to coordinates in the original image. OpenCV puts its image origin at the top left which is why I start by subtracting w/2 and h/2 and end by adding them back in

Now all that is left is to sample every point in the new image at the old image. There are many ways of doing this and I do the simplest one I know of here, bilinear interpolation. Also this is only set up to work on greyscale, making it work on colour is simple just apply the process to all 3 channels. I just thought it would be a bit clearer this way. 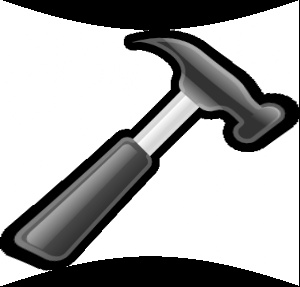 Not the answer you're looking for? Browse other questions tagged image 3d geometry computer-vision cylindrical or ask your own question.

1370
Strange OutOfMemory issue while loading an image to a Bitmap object
860
Changing the image source using jQuery
437
Image comparison - fast algorithm
1910
How do I auto-resize an image to fit a 'div' container?
2
OpenCV: wrap image to cylindrical coordinates
1685
How to vertically align an image inside a div
4
Transform a 2D image to mimic a 3D projection on a 3D plane
1456
Changing image size in Markdown
0
Indexing image according to polar coordinates?