Some context:
I've followed the tutorial on using NuGet without committing packages with some success. After working around this NuGet issue by manually adding <RestorePackages> and a <Import ...> for the nuget.targets file things were working.

However, once I cloned the repository with Mercurial, I got the following error when building:

This makes sense, because my ignore pattern prevented me from checking in the exe file. From this related SO question I inferred that it's not uncommon to have this file in version control (or is it?), but really I'd prefer not to commit NuGet.exe to version control if I can help it.

Question: Is there a convenient way to prevent needing to check in NuGet.exe?

I've tried some Google-fu, skimming the documentation, and fiddling with the NuGet.targets file, no luck so far. It seems preferable if I could just dynamically point to the NuGet.exe of the particular environment that's building the solution.

I know I could just add the exe file, but I'd prefer to know if there are other ways to handle this or know why there are no viable alternatives.

I'm unfamiliar with the workings of .targets files, but this seems to be along the lines of what I'm looking for. With my cowboy-coding hat on I tried changing the false to true in the DownloadNuGetExe element, but this didn't work as expected (with or without the condition attribute).

visual-studio version-control nuget
Share
Improve this question
edited May 23 '17 at 12:26

Just checked: nuget.targets is an msbuild file. And you were on the right way, in:

Change the value to true:

But you must restart Visual Studio or reload the solution (see comments) after this to take effect.

Looking at that .targets file, there's another way to do this if you neither want to check NuGet.exe in, nor download it every time. The key line is this:

Following the MSBuild convention of only setting properties if they haven't already been defined, this value defaults to the solution's local copy of NuGet.exe, downloading it if the DownloadNuGetExe property is true. But MSBuild properties can be overridden by environment variables.

If you already have NuGet downloaded to some central location, you can leave DownloadNuGetExe at false and define an environment variable called NUGETEXEPATH, which will be used instead. 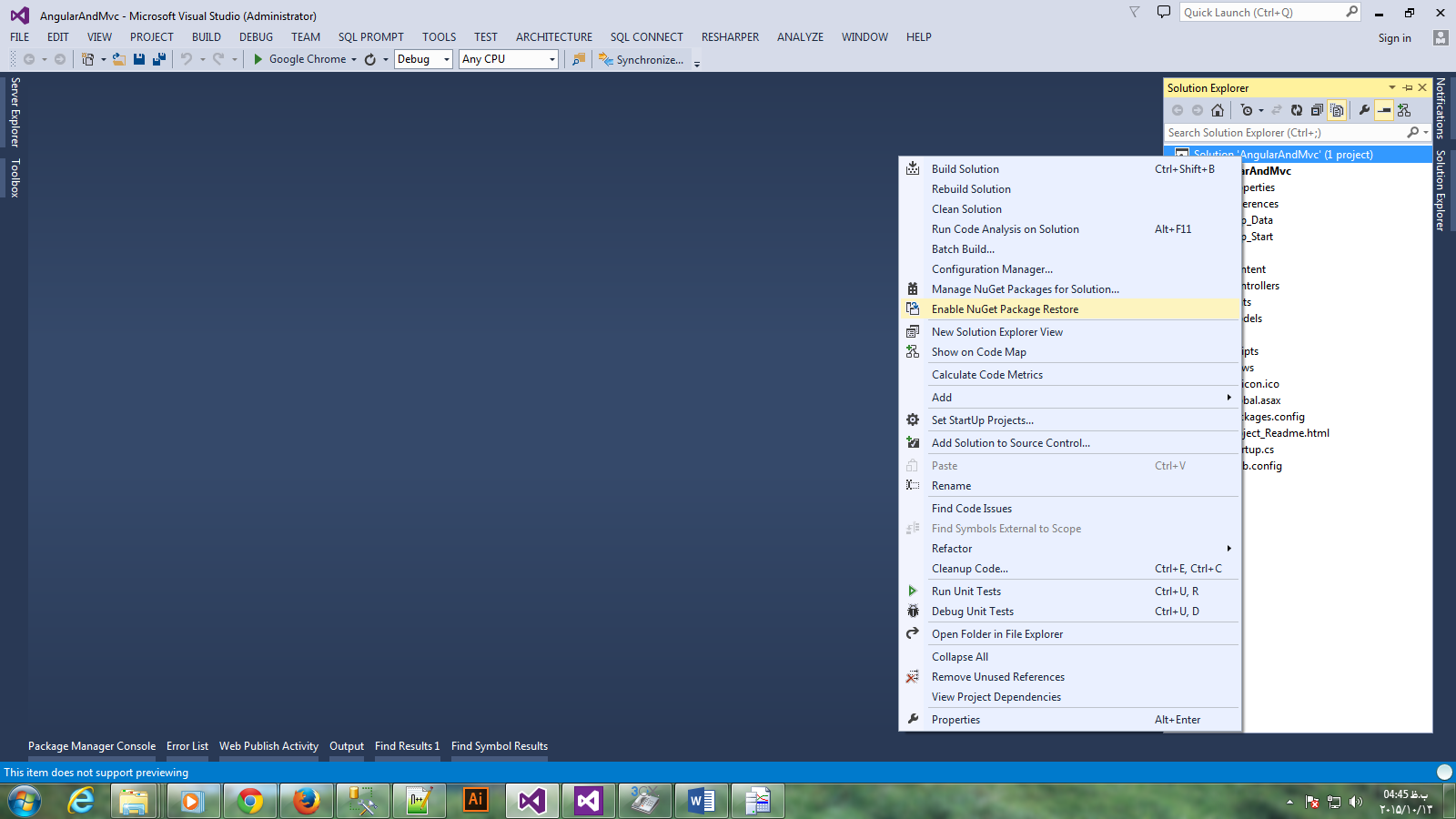 Not the answer you're looking for? Browse other questions tagged visual-studio version-control nuget or ask your own question.

875
Should I add the Visual Studio .suo and .user files to source control?
889
How do I add an existing directory tree to a project in Visual Studio?
1341
How do I remove a single file from the staging area (undo git add)?
148
How to download a Nuget package without nuget.exe or Visual Studio extension?
543
How to use Git for Unity3D source control?
599
Using IPython notebooks under version control
4
Trying to get a PowerShell script to run a nuget.exe command