What is the difference between linear regression and logistic regression? [closed]

Then, what is the difference between the two methodologies?

For instance, if X contains the area in square feet of houses, and Y contains the corresponding sale price of those houses, you could use linear regression to predict selling price as a function of house size. While the possible selling price may not actually be any, there are so many possible values that a linear regression model would be chosen.

Just to add on the previous answers.

Is meant to resolve the problem of predicting/estimating the output value for a given element X (say f(x)). The result of the prediction is a continuous function where the values may be positive or negative. In this case you normally have an input dataset with lots of examples and the output value for each one of them. The goal is to be able to fit a model to this data set so you are able to predict that output for new different/never seen elements. Following is the classical example of fitting a line to set of points, but in general linear regression could be used to fit more complex models (using higher polynomial degrees): 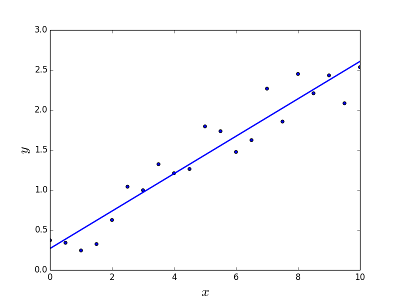 Linear regression can be solved in two different ways:

Is meant to resolve classification problems where given an element you have to classify the same in N categories. Typical examples are, for example, given a mail to classify it as spam or not, or given a vehicle find to which category it belongs (car, truck, van, etc ..). That's basically the output is a finite set of discrete values.

where theta is the model we are trying to fit and [1, x_1, x_2, ..] is the input vector. In logistic regression the hypothesis function is different: 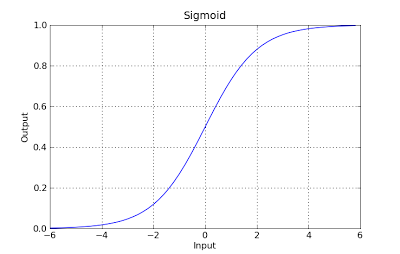 This function has a nice property, basically it maps any value to the range [0,1] which is appropiate to handle propababilities during the classificatin. For example in case of a binary classification g(X) could be interpreted as the probability to belong to the positive class. In this case normally you have different classes that are separated with a decision boundary which basically a curve that decides the separation between the different classes. Following is an example of dataset separated in two classes. 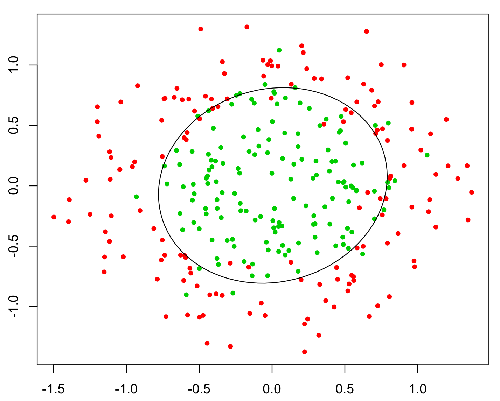 Linear regression is basically a regression model which means its will give a non discreet/continuous output of a function. So this approach gives the value. For example : given x what is f(x)

For example given a training set of different factors and the price of a property after training we can provide the required factors to determine what will be the property price.

Logistic regression is basically a binary classification algorithm which means that here there will be discreet valued output for the function . For example : for a given x if f(x)>threshold classify it to be 1 else classify it to be 0.

For example given a set of brain tumour size as training data we can use the size as input to determine whether its a benine or malignant tumour. Therefore here the output is discreet either 0 or 1.

*here the function is basically the hypothesis function

So if you want to predict if you have cancer Y/N (or a probability) - use logistic. If you want to know how many years you will live to - use Linear Regression ! 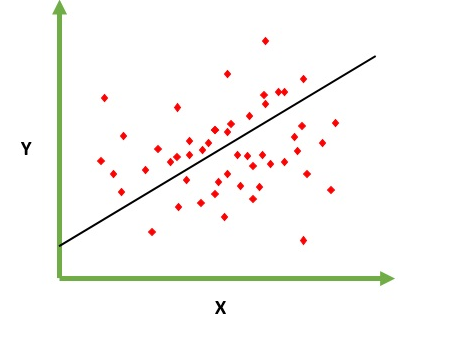 We are trying to find optimum value of constant b0 and b1 which will give us best fitting line for your observation data. It is a equation of line which gives continuous value from x=0 to very large value. This line is called Linear regression model.

Logistic regression is type of classification technique. Dnt be misled by term regression. Here we predict whether y=0 or 1.

Here we first need to find p(y=1) (wprobability of y=1) given x from formuale below. 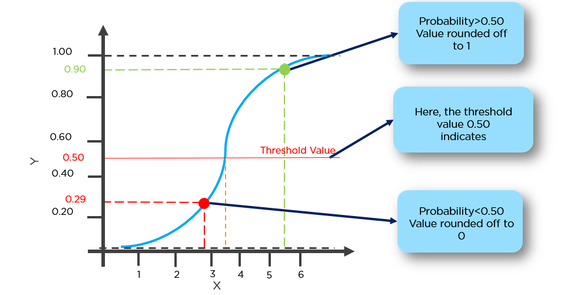 Cannot agree more with the above comments. Above that, there are some more differences like

In linear regression the outcome is continuous whereas in logistic regression, the outcome has only a limited number of possible values(discrete).

example: In a scenario,the given value of x is size of a plot in square feet then predicting y ie rate of the plot comes under linear regression.

Not the answer you're looking for? Browse other questions tagged machine-learning data-mining linear-regression or ask your own question.