Is it bad practice to prefix single lines of CSS with // as a personal comment style?

I have recently started using // to "comment" out single lines of CSS code. I understand that I am not actually commenting out the line; I am just breaking it (I should use /* ... */), but it has the same effect. The line is then terminated by the ; and the following code works fine.

I could delete it, but often I prefer not to in case I want to put it back in later or see what I had been using if I come back to it.

Can I get away with this, or is it likely to cause me problems?

I see that there were/are lots of people complaining about this and since this is an older question, there is probably a lot of people reading it wondering if it is still true, or if there is actually a standard in the first place. Allow me to clear the air. The following are the core reasons for the strict CSS comment policy:

#1 It is not standard

Standardized at least since CSS 2.1, comments are to ONLY be encased in /* and */. While some browsers tolerate //, they aren't supposed to, and are only one inch from someone saying "oh yeah that's non-standard" or "hey! That's non-standard, fix it!"; and then guess what, your CSS code, which WAS working, now doesn't for thousands of people (and may have already not been working for hundreds of others). I will add that <!-- and --> are allowed but only (and I mean ONLY) when they appear within an HTML document, not in a .css source file. If your browser is so old that it can't skip over <style> tags, it's probably time for a new browser 10 years ago. Even Lynx and other text browsers know not to read them, so commenting it out is only useful in very isolated situation where hardware and software are landlocked in their current working state.

#2 It is not (very) cross-platform friendly

The single line comment, which starts anywhere on a line with //, is terminated by 'newline' which is/are not a cross-platform standardized character(s). Worse, some might have one character for a newline, or 2... and when these platforms mix together, a newline could be lost, and there goes your terminator...and some or all of your code is now being commented out that was not supposed to be, you don't have to be a genius to know what the consequences of that might be, especially if you control features of your site solely through CSS which many do.

#3 The Standard IS Friendly and Uniform to All

The /* and */ delimiters are ALWAYS going to be the same characters on EVERY computer regardless of architecture, operating system, etc.

The last reason (yes, there is one more), newline character(s) are considered (in CSS and many other languages) to be whitespace, and */ is not whitespace is it? And if you think about it at this point, it should be pretty clear you should NOT be using a whitespace to terminate a comment especially since whitespace is and can be stripped by many HTML/CSS parsers, or reformatted without you even knowing about it.

Now if you are about to fly out of your seat and yell at me about "Hey, but C++...", remember those compilers and IDEs have tons of newline checking and detection built into them so they can take it. Most compilers do not reformat your code unless asked, and many IDEs will usually ask you what kind of newlines your document is using if it can't guess on its own. If we did this with CSS pages for the end user every time one was loaded, imagine the nightmare it would be trying to get around. Furthermore, C/C++ code is not parsed at run-time and is compiled, so then much of the time, the user never gets the document in question in the first place. The source files are not being constantly viewed by the entire world on hundreds of platforms and many operating systems, and a million different browsers either. The comments are stripped out before they ever get to the end user. CSS source comes right to the user's browser and has to be very resilient not knowing what is on the other side, so the caveat is that it must be ready for anything the end user has or does, not anything the developer does or has!

No, it is very annoying having to type that extra */, but the blame for this mainly goes to developers of CSS editing software who don't offer auto completion. If you use a specialized editor that can do that, preferably out of the box, then you'll find it is just as easy as using //. Get in the habit of typing /**/ and then backspace 2, it will help you to not forget and makes it a little easier. Better still, you can set up a hot key to just lay down those for you. Windows and Linux both have powerful tools to allow this (KDE is very good for that).

I hope this helps everyone understand the "why" behind the "how", and remember just because something works for you, doesn't mean it is the standard, and to sum up:

YES, IT IS BAD PRACTICE to use it, just say NO to the double slash!!! If you need a visual aid to remind you of this important fact, just burn this image into your mind (thanks to those of you who have nothing better to do but make pictures like this): 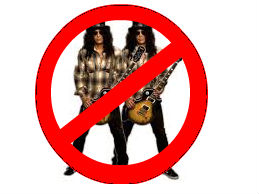 PS: If you really want something to complain to the ones making/breaking CSS standards (W3C, elbow), someone starts a discussion about how unnecessarily long and wrong the "!important" keyword is! But that is not part of this question so I won't go into it.

I don't know how future and/or exotic browsers will interpret non-official hacks like //, so I’d rather stick with the appropriate notation:

I recently read this article which sheds a lot of light on single line commenting practice in CSS.

CSS allows you to use // after a fashion. It's not quite a line comment, but a next construct comment. That is, whenever you use //, the next CSS construct - either declaration or block - will be "commented out".

So in your code snippet list-style-type:none is the next CSS construct and it gets commented out.

Similarly, in the below code snippet

If you try to use // just for writing comments into your stylesheet, you have to be careful - raw text isn't a CSS construct, so it'll look past that and comment out the next construct in your page. So in the below snippet

You can get more information via the linked article mentioned at the start.

Yes, I think that using single-line comments in their current state is bad practice.

For starters, if you're working within a team environment, then code maintainability / readability is of paramount importance, and even if you work alone, writing maintainable code is still good practice, otherwise insanity will ensue.

When you start using single line comments both maintainability and readability are impeded, syntax highlighters within editors won't highlight your comment, and it'll become hard to distinguish comments from rules.

Further, single and multi-line comments aren't inclusively interchangeable, for instance you can't use raw-text comments without using a hack, rather you can only comment out constructs //.foo {...} or rules .foo {//height:10px}.

While using the constructor {}; as a postfix will work, it does IMO defeat the purpose of using it, because you'll use more characters; a multi-line comment uses four characters, /**/, whereas a single-line comment with the hack uses five characters, //{};

The last caveat of single-line comments which hasn't been mentioned yet, is that Chrome developer tools will hide commented-out rules, rather than allowing you to toggle them.

A good use case, IMO, for single-line comments would be when you need to comment-out an entire constructor, which is really long (the example won't be).

Commenting out an entire constructor

In closing, if you are trying to debug something during development, I don't see the harm in commenting-out a constructor with single-line comments to weed out a bug. If you're debugging then it'll be temporary. That said, I don't see any use case for raw-text, so I definitely wouldn't advocate using them there.

I use // to 'comment out' lines in .css files all the time. Because it's bound to a shortcut in Vim, and I always forget what I am editing. In JavaScript it's really handy to comment out blocks of code, test the code, and 'comment in' the block of code again (shortcuts, yes).

But when I tidy op my .css file, I use the following constructs to more easily move declarations in and out of scope:

In .pin I can remove a line and add it to the commented area and vice versa. In .shadow I just redeclare the same property with a different value.

I would recommend not commenting out CSS like this when it's not needed. Remove the stuff that you don't need and commit it to your SVN or GIT repository. Let it do its job and keep track of history for you. Accumulated comments like this become cruft that make your code harder to read and understand.

As others have said, using a double slash is not standards compliant, but if you really want to use it AND want to be standards compliant AND you have gcc installed, you can run your CSS through cpp -P to strip out all double slash and /* ... */ comments from the CSS. As a bonus, you can use macros, includes and conditionals, and comments don't get downloaded by the browser (minor performance boost).

The only major problem is using standalone id tags (i.e., #para { ... }) where cpp barfs. Solution there is double the # (to ##) and pass the output through sed, like this:

I'm sure there are better CSS-oriented preprocessors, but this worked for me.

For inline CSS comments, I use:

or any character you want (i.e. *@!ZZ) So, property becomes unknown and not readable by css.

Just to add some further information and confirming the "only use /* comments" rule. A customer who has access to the website folder just choose by himself to comment out a single line using this:

Actually Chrome and Safari will ignore ANYTHING that follows this line; I would call it a "CSS killer".

5
Do double forward slashes direct IE to use specific css?
0
Trying to give a border-bottom to my nav menu item
1
Why are some of my CSS rules not working?
1
FIXED text inside of div won't style from css sheet but will directly
0
Squarespace div positioning with custom CSS
-2
list item blocks background-image of parent div by expanding background-color to 100%
0
Is there a way to comment out CSS to the line end without a closing tag?

22
Why is '//' style multiline comment bad (in Java)?
483
Is embedding background image data into CSS as Base64 good or bad practice?
1601
How do I style a <select> dropdown with only CSS?
944
How can I remove a style added with .css() function?
308
With CSS, use "..." for overflowed block of multi-lines
40
What source comments does Xcode recognize as tags?
42
Comment style: Imperative or third person
379
Style disabled button with CSS
131
Does HTML5 change the standard for HTML commenting?