What's the randomness quality of the Perlin/Simplex Noise algorithms?

Which algorithm of the two has better randomness?

Compared with standard pseudo-random generators, does it make sense to use Perlin/Simplex as random number generator?

Update: I know what the Perlin/Simplex Noise is used for. I'm only curious of randomness properties.

As stated in "The Statistics of Random Numbers", AI Game Wisdom 2, asking which produces 'better' randomness depends what you're using it for. Generally, the quality of PRNGs are compared via test batteries. At the time of print, the author indicates that the best known & most widely used test batteries for testing the randomness of PRNGs are ENT & Diehard. Also, see related questions of how to test random numbers and why statistical randomness tests seem ad-hoc.

Beyond the standard issues of testing typical PRNGs, testing Perlin Noise or Simplex Noise as PRNGs is more complicated because:

Perlin noise and simplex noise are meant to generate useful noise, not to be completely random. These algorithms are generally used to create procedurally generated landscapes and the like. For example, it can generate terrain such as this (image from here): 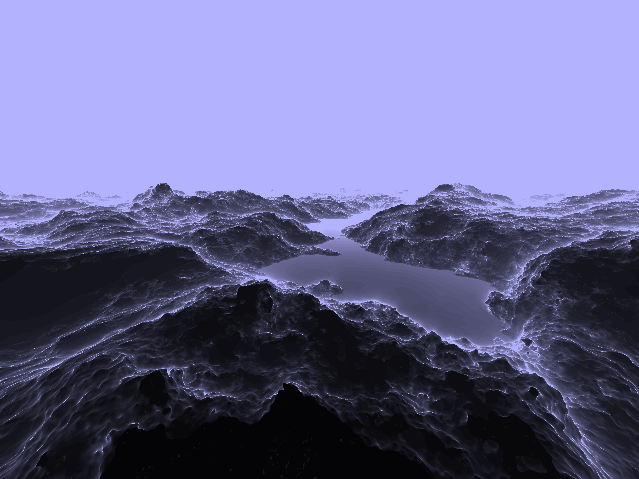 In this image, the noise generates a 2D heightmap such as this (image from here): 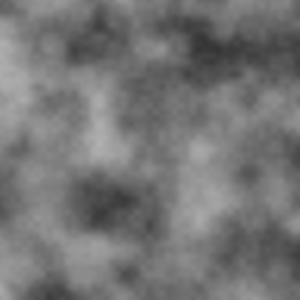 Each pixel's color represents a height. After producing a heightmap, a renderer is used to create terrain matching the "heights" (colors) of the image.

Therefore, the results of the algorithm are not actually "random"; there are lots of easily discernible patterns, as you can see.

Simplex supposedly looks a bit "nicer", which would imply less randomness, but its main purpose is that it produces similar noise but scales to higher dimensions better. That is, if one would produce 3D,4D,5D noise, simplex noise would outperform Perlin noise, and produce similar results.

If you want a general psuedo-random number generator, look at the Mersenne twister or other prngs. Be warned, wrt to cryptography, prngs can be full of caveats.

As for the random properties of these noise functions, I know perlin noise uses a (very) poor man's prng as input, and does some smoothing/interpolation between neighboring "random" pixels. The input randomness is really just pseudorandom indexing into a precomputed random vector.

The index is computed using some simple integer operations, nothing too fancy. For example, the noise++ project uses precomputed "randomVectors" (see here) to obtain its source noise, and interpolates between different values from this vector. It generates a "random" index into this vector with some simple integer operations, adding a small amount of pseudorandomness. Here is a snippet:

The somewhat random noise is then smoothed over and in effect blended with neighboring pixels, producing the patterns.

After producing the initial noise, perlin/simplex noise has the concept of octaves of noise; that is, reblending the noise into itself at different scales. This produces yet more patters. So the initial quality of the noise is probably only as good as the precomputed random arrays, plus the effect of the psuedorandom indexing. But after all that the perlin noise does to it, the apparent randomness decreases significantly (it actually spreads over a wider area I think).

i think you are confused.

and even if they were a source, they would not be a good source (the numbers are strongly correlated).

do NOT use perlin or simplex for randomness. they aren't meant for that. they're an /application/ of randomness.

people choose these for their visual appeal, which hasn't been sufficiently discussed yet, so i'll focus on that.

perlin/simplex with smoothstep are perfectly smooth. no matter how far you zoom, they will always be a gradient, not a vertex or edge.

the output range is (+/- 1/2 x #dimensions), so you need to compensate for this to get it to the range 0 to 1 or -1 to 1 as needed. fixing this is standard. adding octaves will increase this range by the scaling factor of the octave (its usually half the bigger octave of course).

perlin/simplex noise have the bizarre quality of being brown noise when zoomed in and blue noise when zoomed out. neither one nor a middle zoom is especially good for prng purposes, but theyre great for faking natural occurances (which arent really random, and /are/ spacially biased).

both perlin and simplex noise tend to have some bias along the axes, with perlin having a few more problems in this area. edit: getting away from even more bias in three dimensions is very complicated. its difficult (impossible?) to generate a large number of unbiased points upon a sphere.

perlin results tend to be circular with octagonal bias, while simplex tends to generate ovals with hexagonal bias.

most people feel that simplex can't actually handle higher dimensions - it tends to "look worse and worse" for higher dimensions. perlin allegedly doesn't have this problem (it still has bias though).

i believe once "octaved" they both have similar triangular distribution of output when layered, (similar to rolling 2 dice) (id love if someone could double check this for me.) and so both benefit from a smoothstep. this is standard. (its possible to bias the results for equal output but it would still have dimensional biases that would fail prng quality tests due to high spacial correlation, which is /the/ feature, not a bug.)

please note that the octaves technique is not part of perlin or simplex definition. it is merely a trick frequently used in conjunction with them. perlin and simplex blend gradients at equally distributed points. octaves of this noise are combined to create larger and smaller structures. this is also frequently used in "value noise" which uses basically the white noise equivalent to this concept instead of the perlin noise. value noise with octaves will also exhibit /even worse/ octagonal bias. hence why perlin or simplex are preferred.

simplex is faster in all cases - /especially/ in higher dimensions.

so simplex fixes the problems of perlin in both performance and visuals, but introduces its own problems.

Not the answer you're looking for? Browse other questions tagged algorithm random noise perlin-noise prng or ask your own question.

20
How to test random numbers?