Difference between Rebuild and Clean + Build in Visual Studio

What is the difference between just a Rebuild and doing a Clean + Build in Visual Studio 2008? Is Clean + Build different then doing Clean + Rebuild?

Earl is correct that 99% of the time Rebuild = Clean + Build.

But they are not guaranteed to be the same. The 3 actions (rebuild, build, clean) represent different MSBuild targets. Each of which can be overriden by any project file to do custom actions. So it is entirely possible for someone to override rebuild to do several actions before initiating a clean + build (or to remove them entirely).

Very much a corner case but pointing it out due to comment discussions.

Say you have a sln that contains proj1, proj2, and proj3.

So if project dependencies are not configured correctly, there is a chance that when you execute Rebuild sln, some of your projects link to a stale lib. That's because all cleans are not guaranteed to be finished before the first build starts. If you execute Clean sln + Build sln, they will give a link error and let you know that immediately, instead of giving you an app with odd behavior.

Build means compile and link only the source files that have changed since the last build, while Rebuild means compile and link all source files regardless of whether they changed or not. Build is the normal thing to do and is faster. Sometimes the versions of project target components can get out of sync and rebuild is necessary to make the build successful. In practice, you never need to Clean.

Compile just compiles the source file currently being edited. Useful to quickly check for errors when the rest of your source files are in an incomplete state that would prevent a successful build of the entire project. Ctrl-F7 is the shortcut key for Compile.

Actually No!!! they are not equal.

Another difference: Clean clears the test results in Test Explorer, which Rebuild doesn't. 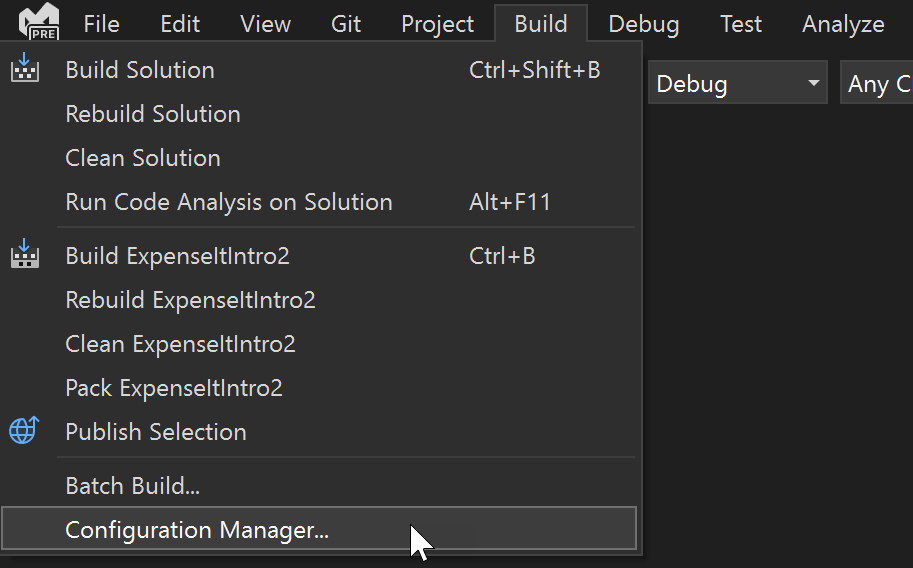 This, and more information, here: https://docs.microsoft.com/en-us/visualstudio/ide/building-and-cleaning-projects-and-solutions-in-visual-studio?view=vs-2022

1951
How do I remedy "The breakpoint will not currently be hit. No symbols have been loaded for this document." warning?
1198
Could not find a part of the path ... bin\roslyn\csc.exe
1268
Difference between Build Solution, Rebuild Solution, and Clean Solution in Visual Studio?
27
Visual Studio "Rebuild all failed"
43
What is the difference between a "build" and a "rebuild" in Visual Studio?
8
Scenarios for Visual Studio's ‘Clean Solution’ Option
10
When should you prefer ReBuild instead of Build?
4
INotifyPropertyChanged.PropertyChanged implemented and not implemented; Visual Studio build error
4
VS2010 LNK1181 when rebuilding project with dependency
2
error: LNK1120: 5 unresolved externals
See more linked questions