Now, the problem is both libraries has same named functions which conflicts with each other:

Please enter to this website. Press Recommend button on table 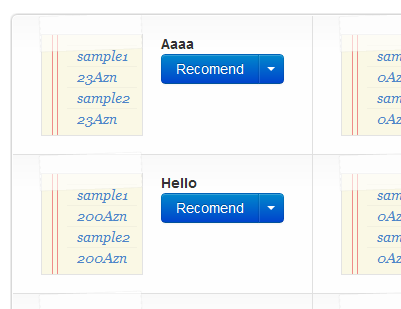 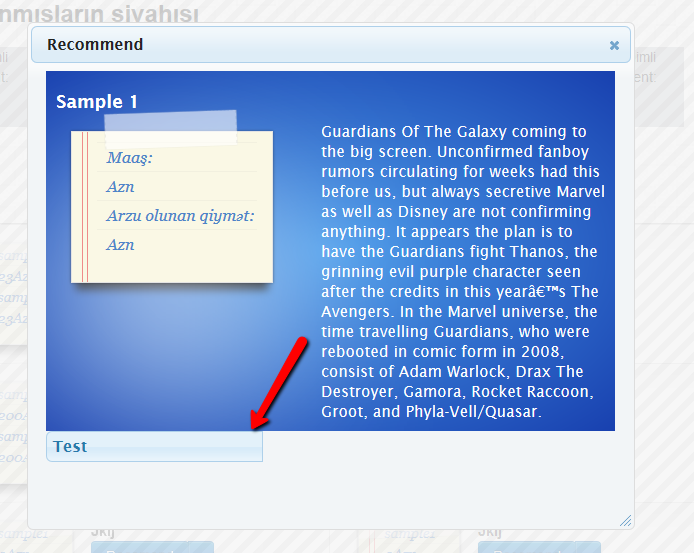 I tried to find what causes the problem: Looked through combobox code, and when it called .button() it went into bootstrap.min.js, not jqui.js.

As you see it's proof of conflict between 2 js libraries.

Btw, Here is jsFiddle where it works well without bootstrap.

I have multiple ways to solve this conflict problem (WITHOUT TOUCHING FUNCTIONALITY OF THE WEBSITE) I need to get exactly same functionality as split button with dropdown menu (Twitter Bootstrap):

and get rid off Twitter Bootstrap. Any solutions greatly appreciated. I'm ready to give 200 reps to good answer (as bounty). Thx in advance

The current version of bootstrap (v2.2.2) now has a noConflict option. Just insert this some place after your bootstrap and jquery script tags but before any usage of the button() function.

Alternatively, you can use $(document).ready(handler), but you still have to make sure substitution occurs before button() is called.

Once that line of code is executed, button() will be JqueryUI's button, and bootstrapBtn() will be Bootstrap's version.

To fix the collision between Bootstrap and jQuery UI functions, rename one of them:

And then you can call each function at will:

You can use this technique for any function you need.

Remember the order include A -> rename A -> include B.

If you are only using the dropdown plugin of Twitter Bootstrap, you don't need the .button() plugin.

Go to the customize bootstrap page and unselect all jQuery plugins, then choose only the dropdown one. You could also unselect some of the CSS if you want.

If you need both implementations (Twitter Bootstrap and jQuery UI), you could rename all .button to something like .bsButton in the bootstrap-button.js file (or find this section in a non-minified version) - not tested.
Share
Improve this answer
answered Sep 23, 2012 at 9:33

All other answers fixing conflict between jQuery UI button and bootstrap button but you can't use bootstrap data-api for renamed button() function. Only manually using new-named bootstrapBtn() function.

I find a solution:

After that you can use bootstrap data-api for button binding and also manually use btn() function in place of button() for Bootstrap while still use jQuery UI button() function.

I suggest to do custom jQueryUI, or Bootstrap build - both offer this possibility on websites.

I use custom build of jQueryUI with core, effects, interactions, but without widgets, which often causes conflicts.

Not the answer you're looking for? Browse other questions tagged javascript jquery jquery-ui button twitter-bootstrap or ask your own question.