I saw this project that basically opens a new terminal window from sublime text-2.
What I'm looking for is a way to open the terminal inside sublime text 2 via console.
Does anyone knows how can I do that?

SublimeREPL does what you want

Of course, there are some limitations because the window of Sublime Text 2 is not originally designed for continuous running buffer of stdin input.

+ 2 years (sorry) - but my solution in ubuntu was to open both sublime and my (real) terminal in the same window, shrink and stretch the terminal to cover the lower portion of the screen, then right click on the terminal and select "keep on top" - works a treat.

I've tried pretty much every terminal package around, what you want is TerminalView:

To bind a key shortcut, simply add it to your user key bindings file:

Use Glue. It is a plugin that provides an interface to your shell from the Sublime Text. So basically it a terminal for Sublime Text.

Like @mikko I also decided that due to the limitations of the shell add-ons for sublime to stick with a real terminal window - I've got too used to the F2-F4 workflow of geany.

So really the issue for me is quickly flip-flopping between the two windows easily. To that end, I knocked this up - to be fired from F12 (or whatever you want) in your desktop manager (XFCE in my case)

Note, I launch sublime a from shortcut with terminator -T st3_bash & st3 so I've got a known bash window title for switching focus to.

I know this code is really, (really) bad, and it'll fail if you have multiple sublime's open, but i don't ever have that anyhow.

Feel free to fork and improve it.

I have always wanted a way to open terminal inside sublime text. After trying out different options I have come to a solution of installing guake terminal as a work around on linux systems, follow the steps below.

Now you can use the terminal without leaving sublime.

Note: This is just a workaround. Guake is basically a terminal package for ubuntu-like linux systems. 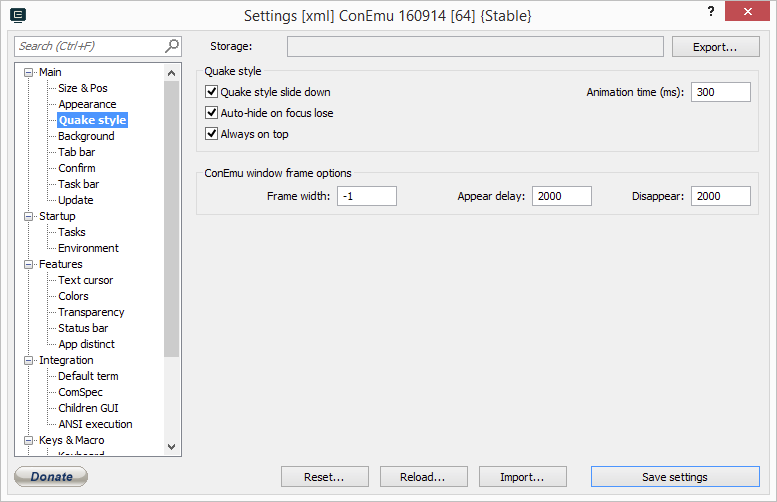