I am using UIImageView to display thumbnails of images that can then be selected to be viewed at full size. The UIImageView has its content mode set to aspect fit.

The images are usually scaled down from around 500px x 500px to 100px x 100px. On the retina iPad they display really well while on the iPad2 they are badly aliased until the size gets closer to the native image size. 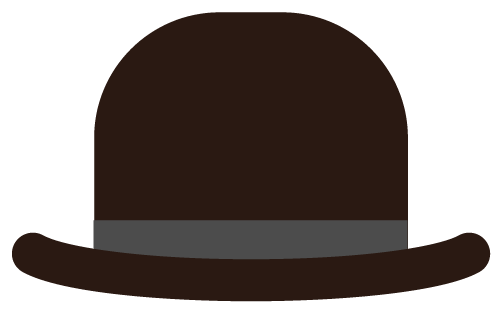 The difference between iPad 2 and new iPad might just be the screen resolution or could be that the GPU is better equipped to scale images. Either way, the iPad 2 rendering is very poor.

I have tried first reducing the image size by creating a new context, setting the interpolation quality to high and drawing the image into the context. In this case, the image looks fine on both iPads.

Before I continue down the image copy/resize avenue, I wanted to check there wasn't something simpler I was missing. I appreciate that UIImage isn't there to be scaled but I was under the impression UIImageView was there to handle scaling but at the moment it doesn't seem to be doing a good job scaling down. What (if anything) am I missing?

Update: Note: The drop shadow on the rendered / resized images is added in code. Disabling this made no difference to the quality of the scaling.

Another approach I've tried that does seem to be improving things is to set the minificationFilter:

The quality is certainly improved and I haven't noticed a performance hit.

Applying a small minification filter bias can help out with this if you don't want to resample the image yourself:

The left image has no filtering applied to it. The right image has a 0.1 filter bias.

Note that no explicit rasterization is required.

Playing around with very small values, you can usually come up with a value that smooths out the scaling artifacts just enough, and it's a lot easier than resizing the bitmap yourself. Certainly, you lose detail as the bias increases, so values even less than 0.1 are probably sufficient, though it all depends on the size the image view's frame that's displaying the image.

Just realize that trilinear filtering effectively enables mipmapping on the layer, which basically means it generates extra copies of the bitmap at progressively smaller scales. It's a very common technique used in rendering to increase render speed and also reduce scaling aliasing. The tradeoff is that it requires more memory, though the memory usage for successive downsampled bitmaps reduces exponentially.

Another potential advantage to this technique, though I have not tried it myself, is that you can animate minificationFilterBias. So if you're going to be scaling an image view down quite a lot as part of an animation, consider also animating the filter bias from 0.0 to whatever small value you've determined is appropriate for the scaled down size.

Finally, as others have noted, if your source image is very large, this technique isn't appropriate if overused, because Core Animation will always keep around the original bitmap. It's better to resize the image then discard the source image instead of using mipmapping in most cases, but for one-offs or cases where your image views are going to be deallocated quickly enough, this is fine.

if you just put the large image in a small imageview it will look real bad.

the solution is to properly resize the image... i'll add an example function that does the trick:

this function might take some time .. so you might want to save the result to a cache file.

If you're not afraid of wasting memory and know what you're doing for a particular case, this works beautifully.

The resulting quality is much better than setMinificationFilter.

I am using images that are 256x256 and scaling them to something like 48 px. Obviously a saner solution here would be to downscale the images to the exact destination size.

Keep an eye on performance if used in scroll lists.

Not the answer you're looking for? Browse other questions tagged objective-c ios ipad uiimageview or ask your own question.

0
iOS UIScrollView Antialiasing
4
How to shrink UIImageview contents with better interpolation
2
Bigger size image in smaller image view
1
iOS - jagged edges on text and image. Why? and how to fix?

50
How to get the size of a scaled UIImage in UIImageView?
0
Image scaling with UIImageView on iPhone
2
Scaling black and white image
2
UIImageView content mode and scale factor
2
iPad displays image to big - but shouldn't
1
How should I design images size to support all iOS Devices Retina Display
0
iOS: Align UIImageView to top
305
UIImageView missing images in Launch Screen on device