The (brief) documentation for scipy.integrate.ode says that two methods (dopri5 and dop853) have stepsize control and dense output. Looking at the examples and the code itself, I can only see a very simple way to get output from an integrator. Namely, it looks like you just step the integrator forward by some fixed dt, get the function value(s) at that time, and repeat.

My problem has pretty variable timescales, so I'd like to just get the values at whatever time steps it needs to evaluate to achieve the required tolerances. That is, early on, things are changing slowly, so the output time steps can be big. But as things get interesting, the output time steps have to be smaller. I don't actually want dense output at equal intervals, I just want the time steps the adaptive function uses.

A related notion (almost the opposite) is "dense output", whereby the steps taken are as large as the stepper cares to take, but the values of the function are interpolated (usually with accuracy comparable to the accuracy of the stepper) to whatever you want. The fortran underlying scipy.integrate.ode is apparently capable of this, but ode does not have the interface. odeint, on the other hand, is based on a different code, and does evidently do dense output. (You can output every time your right-hand-side is called to see when that happens, and see that it has nothing to do with the output times.)

So I could still take advantage of adaptivity, as long as I could decide on the output time steps I want ahead of time. Unfortunately, for my favorite system, I don't even know what the approximate timescales are as functions of time, until I run the integration. So I'll have to combine the idea of taking one integrator step with this notion of dense output.

Apparently, scipy 1.0.0 introduced support for dense output through a new interface. In particular, they recommend moving away from scipy.integrate.odeint and towards scipy.integrate.solve_ivp, which as a keyword dense_output. If set to True, the returned object has an attribute sol that you can call with an array of times, which then returns the integrated functions values at those times. That still doesn't solve the problem for this question, but it is useful in many cases.

The intermediate results from the dopri family of ODE solvers can now be accessed by a solout callback function. 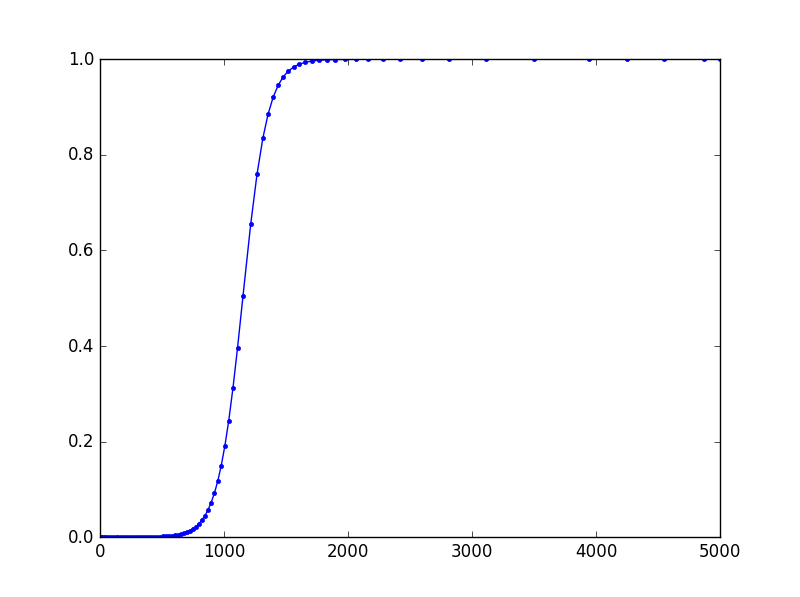 The result seems to be slightly different from Tim D's, although they both use the same backend. I suspect this having to do with FSAL property of dopri5. In Tim's approach, I think the result k7 from the seventh stage is discarded, so k1 is calculated afresh.

Note: There's a known bug with set_solout not working if you set it after setting initial values. It was fixed as of SciPy 0.17.0.

I've been looking at this to try to get the same result. It turns out you can use a hack to get the step-by-step results by setting nsteps=1 in the ode instantiation. It will generate a UserWarning at every step (this can be caught and suppressed). 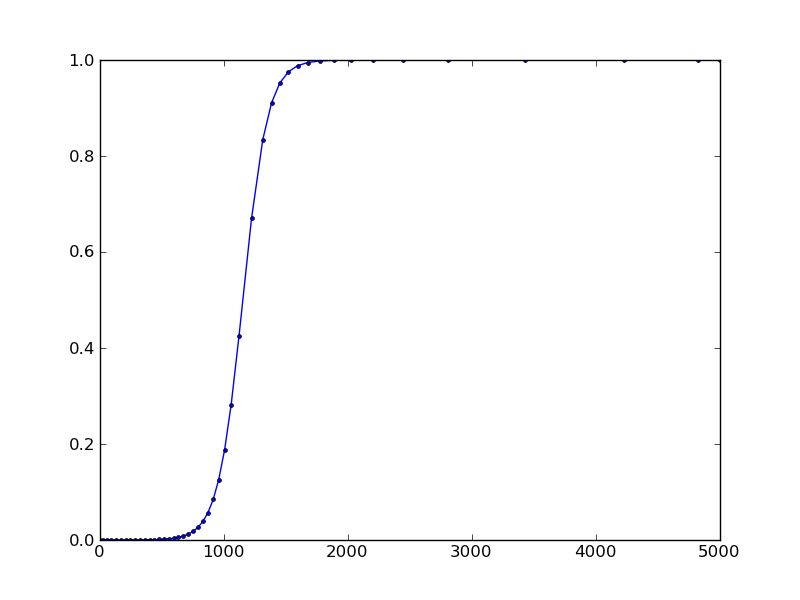 The integrate method accepts a boolean argument step that tells the method to return a single internal step. However, it appears that the 'dopri5' and 'dop853' solvers do not support it.

The following code shows how you can get the internal steps taken by the solver when the 'vode' solver is used: 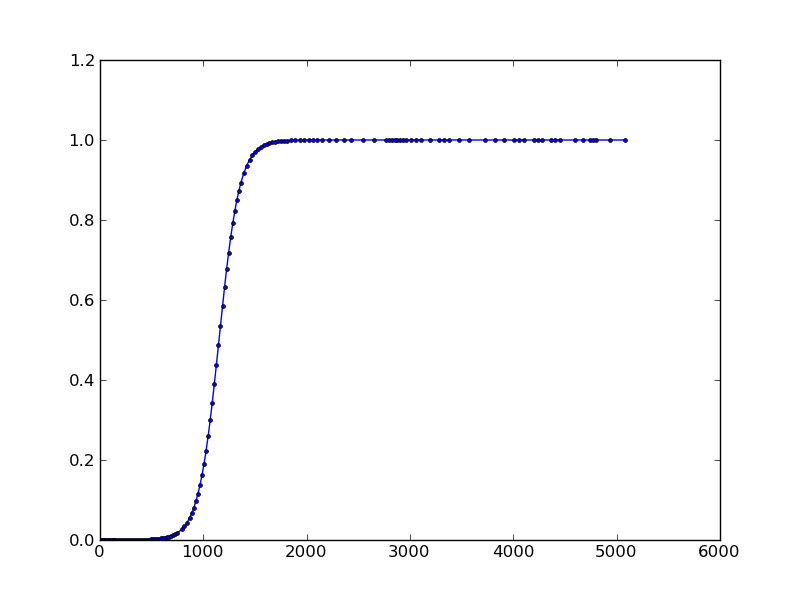 FYI, although an answer has been accepted already, I should point out for the historical record that dense output and arbitrary sampling from anywhere along the computed trajectory is natively supported in PyDSTool. This also includes a record of all the adaptively-determined time steps used internally by the solver. This interfaces with both dopri853 and radau5 and auto-generates the C code necessary to interface with them rather than relying on (much slower) python function callbacks for the right-hand side definition. None of these features are natively or efficiently provided in any other python-focused solver, to my knowledge.

Here's another option that should also work with dopri5 and dop853. Basically, the solver will call the logistic() function as often as needed to calculate intermediate values so that's where we store the results:

Not the answer you're looking for? Browse other questions tagged python scipy ode or ask your own question.

2213
Calling a function of a module by using its name (a string)
2871
How do I change the size of figures drawn with Matplotlib?
3659
Using global variables in a function
927
How to use a decimal range() step value?
2495
How to upgrade all Python packages with pip
3884
Iterating over dictionaries using 'for' loops
2
Stepsize control of dopri5 integrator
12
Multiple scipy.integrate.ode instances
0
scipy.integrate.ode gives up on integration