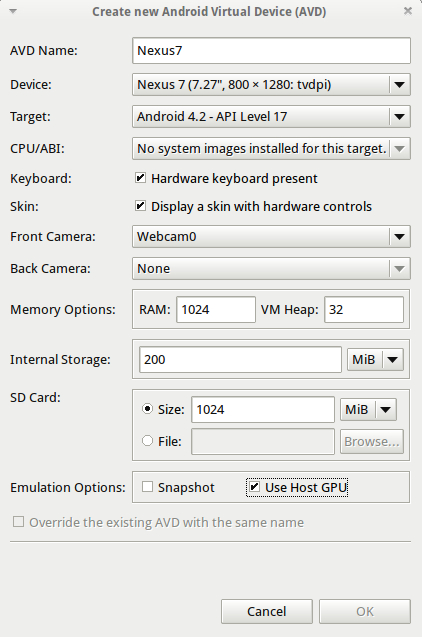 For some reason, the OK button is not clickable when I try to create an AVD. Does anyone know what I'm doing wrong?

In the Android SDK Manager check that you have installed "ARM EABI v7a System Image" (for each Android version from 4.0 and on you have to install a system image to be able to run a virtual device)

In your case only ARM system image exsits (Android 4.2). If you were running an older version, Intel has provided System Images (Intel x86 ATOM). You can check on the internet to see the comparison in performance between both.

In my case (see image below) I haven't installed a System Image for Android 4.2, whereas I have installed ARM and Intel System Images for 4.1.2

As long as I don't install the 4.2 System Image I would have the same problem as you.

UPDATE : This recent article Speeding Up the Android Emaulator on Intel Architectures explains how to use/install correctly the intel system images to speed up the emulator.

What I show in the picture is for Android 4.2, as it was the original question, but is true for every versions of Android.

Of course (as @RedPlanet said), if you are developing for MIPS CPU devices you have to install the "MIPS System Image".

Finally, as @SeanJA said, you have to restart eclipse to see the new installed images. But for me, I always restart a software which I updated to be sure it takes into account all the modifications, and I assume it is a good practice to do so. 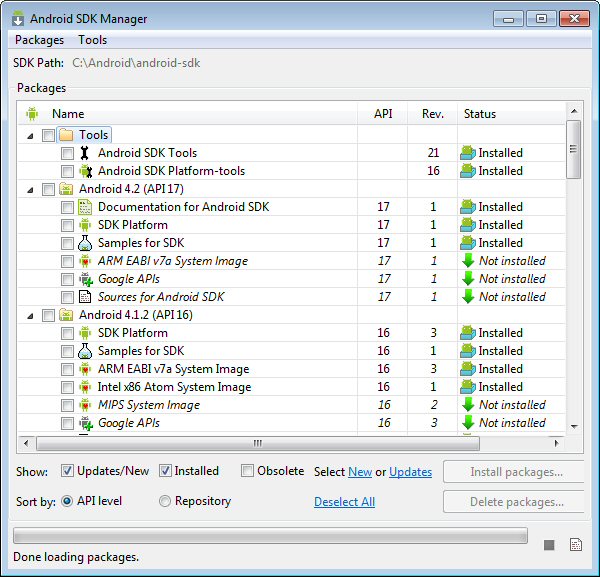 Had to restart the Eclipse after completing the installation of ARM EABI v7a system image.

This can happen when:

For Ubuntu and running android-studio run to install the packages (these are not installed by default):

I had the same problem while creating AVD with 4.2.2 images, I resolved it by doing the following :

I want to update this question with a screenshot of a recent Android Studio. It took a bit of poking around to find where to install new system images.

You get to the SDK Manager through one of two paths. Option 1. Tools > Android > SDK Manager Option 2. Android Studio > Preferences > Appearance & Behavior > System Settings > Android SDK (This is for Mac; adapt for others.)

In the pane "SDK Platforms," check the "Show Packages" box to see the system images.

Select the ones you want, click "Apply" and voilà! 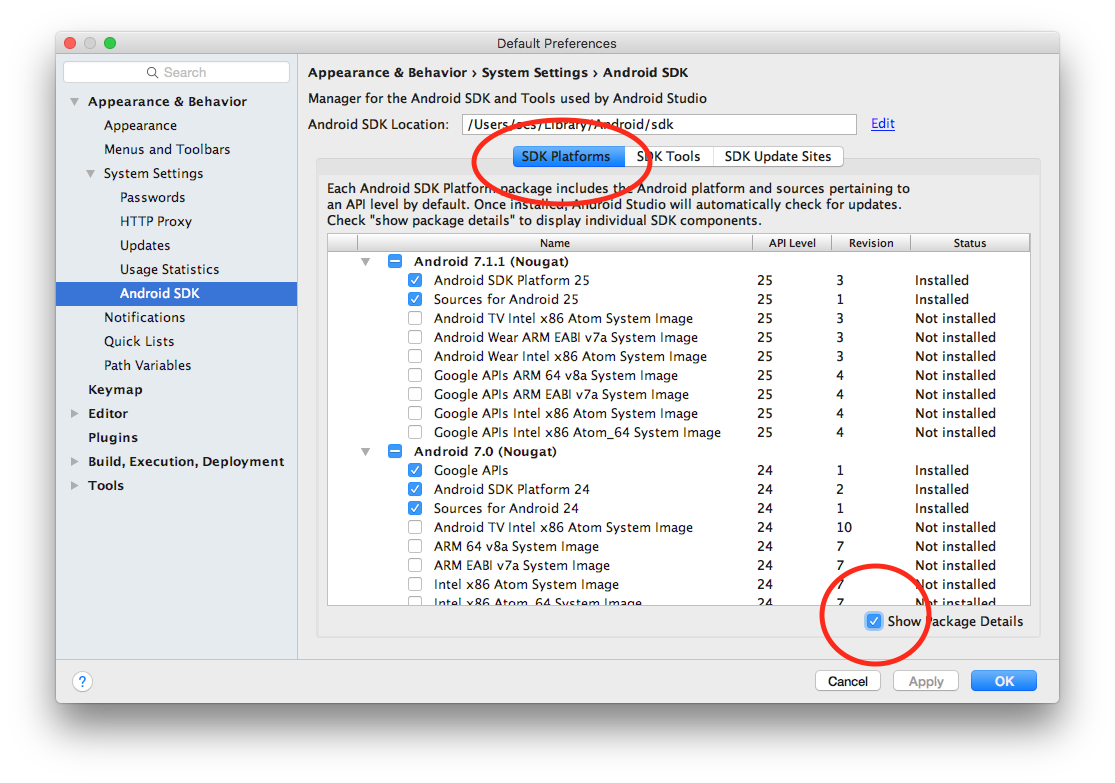 I had to move the folders inside a folder named "default" to the android-## folder so Eclipse could see the images.

There is a new possible error for this one related to the latest Android Wear technology. I was trying to get an emulator started for the wear SDK in preparation for next week. The API level only supports it in the latest build of 4.4.2 KitKat.

So if you are using something such as the wearable, it starts the default off still in Eclipse as 2.3.3 Gingerbread. Be sure that your target matches the lowest possible supported target. For the wearables its the latest 19 KitKat.

Not the answer you're looking for? Browse other questions tagged java android or ask your own question.

3513
Create ArrayList from array
1610
Does Java support default parameter values?
3719
Close/hide android soft keyboard
732
Standard Android Button with a different color
2690
Is there a unique Android device ID?
3153
How to create a memory leak in Java?
954
How to manage startActivityForResult on Android?
3576
Proper use cases for Android UserManager.isUserAGoat()?
1017
Android Studio: Add jar as library?