Is !important bad for performance?

I hate them, it defies the cascading nature of CSS, and if you don't use them with care you end up in a loop of adding more !important.

But I want to know are they bad for performance?

EDIT
From the (fast) replies I can conclude it won't have a (significant) impact on performance. But it's nice to know, even if it's just as an extra argument for discouraging others ;).

EDIT 2
BoltClock pointed out that if there are 2 !important declarations the specs says it will pick the most specific one.

It shouldn't have any effect upon the performance really. Seeing firefox's CSS parser at /source/layout/style/nsCSSDataBlock.cpp#572 and I think that is the relevant routine, handling overwriting of CSS rules.

it just seems to be an simple check for "important". 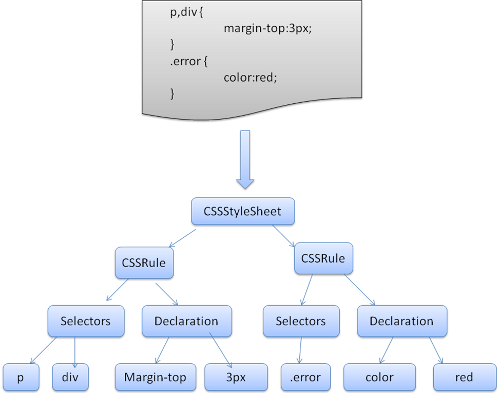 Now, you can easily see, in such as case with the Object Model described above, the parser can mark the rules affected by the !important easily, without much of a subsequent cost. Performance degradation is not a good argument against !important.

However, maintainability does take a hit (as other answers mentioned), which might be your only argument against them.

I don't think that !important is inherently bad in terms of how quickly the browser matches rules (it does not form part of the selector, only part of the declaration)

However, as has already been stated, it will reduce the maintainability of your code, and thus likely cause it to grow unnecessarily in size due to future changes. The usage of !important would also likely reduce developer performance.

If you were being really picky, you could also say that !important adds 11 extra bytes to your CSS file, this isn't really much, but I guess if you have a fair few !importants in your stylesheet it could add up.

Just my thoughts, unfortunately I couldn't find any benchmarks on how !important could affect performance.

!important has its place. Trust me on that one. It's saved me many times and is often more useful as a short-term solution, before a longer and more elegant method to your problem can be found.

However, like most things, it's been abused, but there's no need to worry about 'performance'. I'll bet one small 1x1 GIF has more of a performance hit on a web page than !important would.

If you want to optimize your pages, there are many more !important routes to take ;) ;)

What's going on here behind the scenes is that as your CSS is being processed, the browser reads it, encounters an !important attribute, and the browser goes back to apply the styles defined by !important. This extra process might seem like a small additional step, but if you are serving up many requests then you will take a hit in performance. (Source)

The thinking of a developer when using !important:

However its not a good approach to use !important just because we did not manage the CSS well. It creates lots of design issues -- which are worse than performance issues -- but it also forces us to use many extra lines of code since we are overriding other properties with !important and our CSS becomes cluttered with useless code. What we should do instead is first manage the CSS very well, and not let properties override one another.

We can use !important. But use it sparingly and only when there is no other way out.

I agree with you on not using it because it's bad practice, regardless of performance. On those grounds alone, I'd avoid using !important wherever possible.

But on the question of performance: No, it shouldn't be noticeable. It might have some effect, but it should be so tiny you should never notice it, nor should you worry about it.

If it is significant enough to be noticable then you've likely got bigger problems in your code than just !important. Simple use of a normal syntax element of the core languages you're using is never going to be a performance issue.

Let me answer your question with a retorical question in return; an angle that you probably didn't consider: Which browser do you mean?

Each browser obviously has its own rendering engine, with its own optimisations. So the question now becomes: what are the performance implications in each browser? Perhaps !important performs badly in one browser but really well in another? And perhaps in the next versions, it'll be the other way round?

I guess my point here is that we as web developers shouldn't think about (or need to think about) the performance implications of individual syntax constructs of the languages we're using. We should use those syntax constructs because they're the right way to achieve what we want to do not because of how they perform.

Performance questions should be asked in conjunction with the use of profilers to analyse where the pinch-points are in your system. Fix the things that are truly slowing you down first. There are almost certain to be far far bigger issues for you to fix before you get down to the level of individual CSS constructs.

It does not noticeably affect performance. It does however reduce the maintainability of your code, and therefore is likely to degrade performance in the long run.

Having had to use !important several times before, I have personally noticed no demonstrable performance hit when using it.

As a note see the answer to this stack question for a reason you might want to use !important.

Let's go through this step by step:

So I guess !important actually has better performance as it can help parser skip many properties that it won't skip otherwise.

and as @ryan mentions below, the only way to override inline css and avoid using javascript... so another way to avoid an unnecessary performance hit

hmm... turns out out that !important is important

So I guess using !important can make developers happy, and I think that's very important :D

I can't foresee !important impeding performance, not inherently anyway. If, however, your CSS is riddled with !important, that indicates that you've been over qualifying selectors and being too specific and you've run out of parents, or qualifiers to add specificity. Consequently, your CSS will have become bloated (which will impede performance) and difficult to maintain.

If you want to write efficient CSS then you want to be only as specific as you need to be and write modular CSS. It's advisable to refrain from using IDs (with hashes), chaining selectors, or qualifying selectors.

IDs prefixed with # in CSS are viciously specific, to the point where 255 classes won't override an id (fiddle by: @Faust). ID's have a deeper routed problem too though, they have to be unique, this means you can't re-use them for duplicate styles, so you end up writing linear css with repeating styles. The repercussion of doing this will vary project to project, depending on scale, but maintainability will suffer immensely and in edge cases, performance too.

How can you add specificity without !important, chaining, qualifying, or IDs (namely #)

Okay, so how does that work?

The first and second examples work the same, the first is literally a class, and the second is the attribute selector. Classes and Attribute selectors have identical specificity. .eg1/2-bar doesn't inherit its color from .eg1/2-foo because it has its own rule.

The third example looks like qualifying or chaining selectors, but it's neither. Chaining is when you prefix selectors with parents, ancestors, and so on; this adds specificity. Qualifying is similar, but you define the element the selector's applying to. qualifying: ul.class and chaining: ul .class

I'm not sure what you'd call this technique, but the behavior is intentional and is documented by W3C

Repeated occurrances of the same simple selector are allowed and do increase specificity.

What happens when the specificity between two rules is identical?

As @BoltClock pointed out, If there's multiple !important declarations then spec dictates that the most specific one should take precedence.

In the example below, both .foo and .bar have identical specificity, so the behavior fallsback to the cascading nature of CSS, whereby the last rule declared in CSS claims precedence i.e. .foo.

Not the answer you're looking for? Browse other questions tagged css performance or ask your own question.

123
How are the points in CSS specificity calculated
2
Twitter bootstrap override `a` in `navbar`
2
Cursor not working in a:hover
2
Adding CSS class or style to p:message
0
select the first selection from dropdownlist using CSSSelector
1
Is it possible in HTML to set child element width based on parent element width?
0
Unable to remove bottom space for the Bootstrap Navbar
4
#id#id : Repeated occurrences of the same simple selector should increase specificity but don't for IDs in IE9
-1
How to change CSS attribute at all div inside td with class
1
jquery.addClass() is not working on adding the already existing attribute with different value
see more linked questions…

564
Which method performs better: .Any() vs .Count() > 0?
2904
Improve INSERT-per-second performance of SQLite?
707
How to apply !important using .css()?
42
What is the performance impact of the universal selector?
1505
Why does changing 0.1f to 0 slow down performance by 10x?
53
Which CSS selectors or rules can significantly affect front-end layout / rendering performance in the real world?
468
What is the runtime performance cost of a Docker container?
918
Swift Beta performance: sorting arrays
1390
Replacing a 32-bit loop counter with 64-bit introduces crazy performance deviations with _mm_popcnt_u64 on Intel CPUs