The current file encoding is set to MacRoman, which is the default setting inherited from container. As far as I know, nothing here has changed.

Update (December, 2012): Another user on eclipse forums is having a similar issue: http://www.eclipse.org/forums/index.php?t=rview&goto=990973

Update (January, 2013): I have opened APSTUD-7664 in PyDev's Jira. Hopefully, a developer will pick it up and find a solution.

A possible clue as to what's going on (I don't know): the User column is set to "C" before fixing the binding, and set to "U" afterward.

Ed's unbind/rebind trick didn't work for me, but changing "When" from "In Windows" to the more specific "Editing Java Source" seems to have done the trick.

I guess it's a bit more restrictive, but for my workflow Java is really the only place I'll be doing any refactoring.

If anyone is still having this issue (and it is still an issue with the most recent Eclipse Kepler when you install PyDev), this is the solution that worked for me. It's very similar to Ed's, but I had to unbind on the PyDev command specifically. 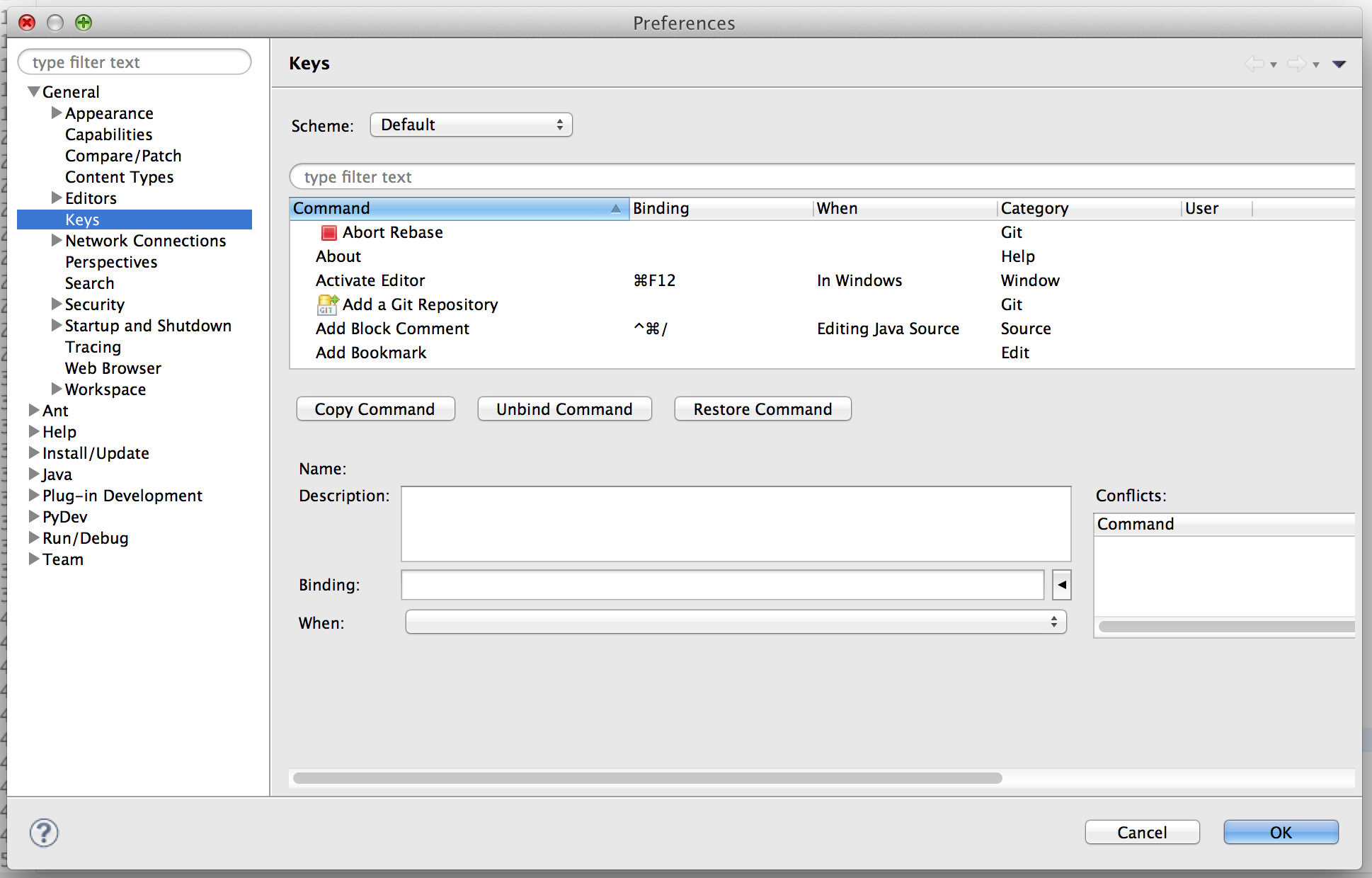 Filter by the word "refactor" in the filter box. What you'll see is that there's a conflict ("C" in user column):

You need to sort by the highlight the Rename - Refactoring command and sort by binding. Then remove the filter. This will show all conflicts (including the PyDev one that is fouling things up) 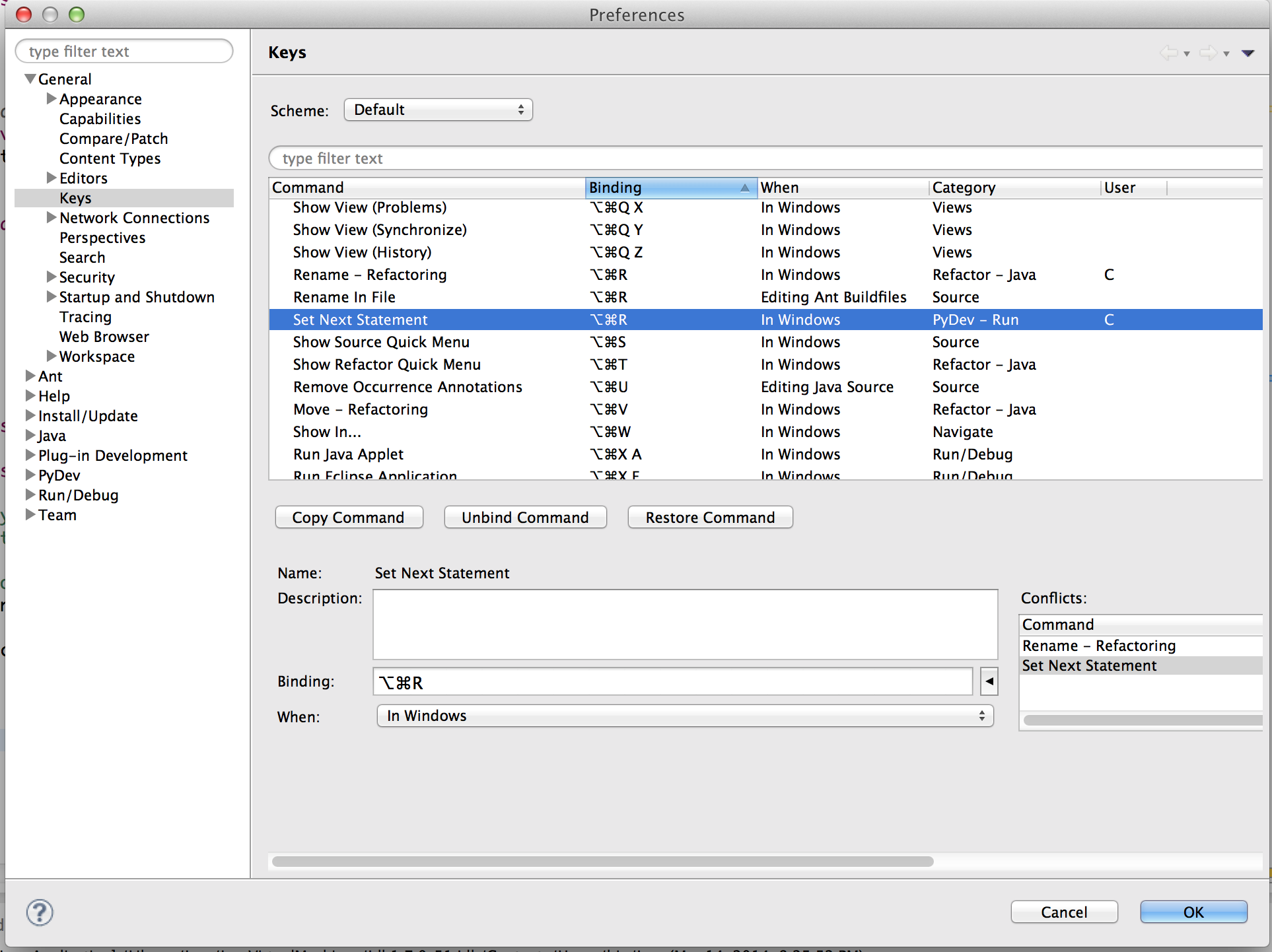 Now nothing will be bound to that key combination, so just go back up to the correct command, "Rename - Refactoring" and rebind Command-Option-R to it. 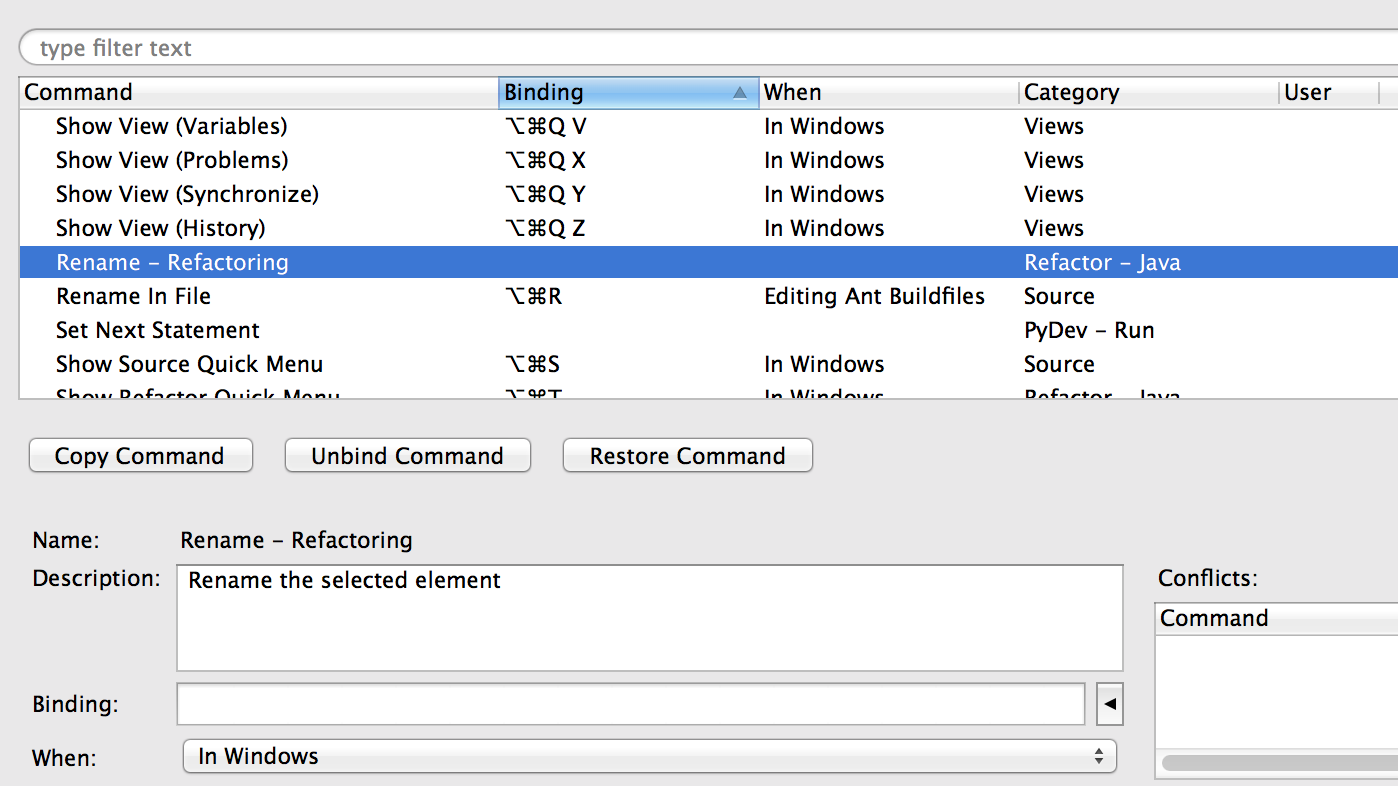 When you're finished, it will show as a User defined command (U in user column), but it will work properly in both the project menu and in the code editor. The only thing that won't work is the PyDev command that was bound to it. If you want, feel free to bind that command to an alternative key combination.

I think .. the solution is full resetting. So i do as follow. My environment is Eclipse kepller and Mac Mountain lion.

Have a nice development time.

Not the answer you're looking for? Browse other questions tagged eclipse macos pydev or ask your own question.