What is a StoryBoard ID and how can I use this?

I am new to IOS developing and recently started in Xcode 4.5. I saw for every viewController that i could set some identity variables including the storyboard ID. What is this, and how can I use it? 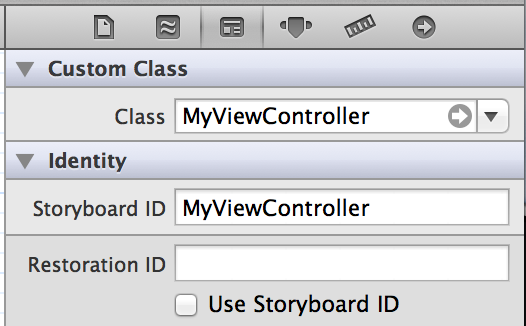 I started searching on stackoverflow and couldn't find any explanation for it.

I assumed it's not just some stupid label that I can set to remember my controller right? What does it do?

And if you are in your app delegate you could use

To add to Eric's answer and update it for Xcode 8 and Swift 3: 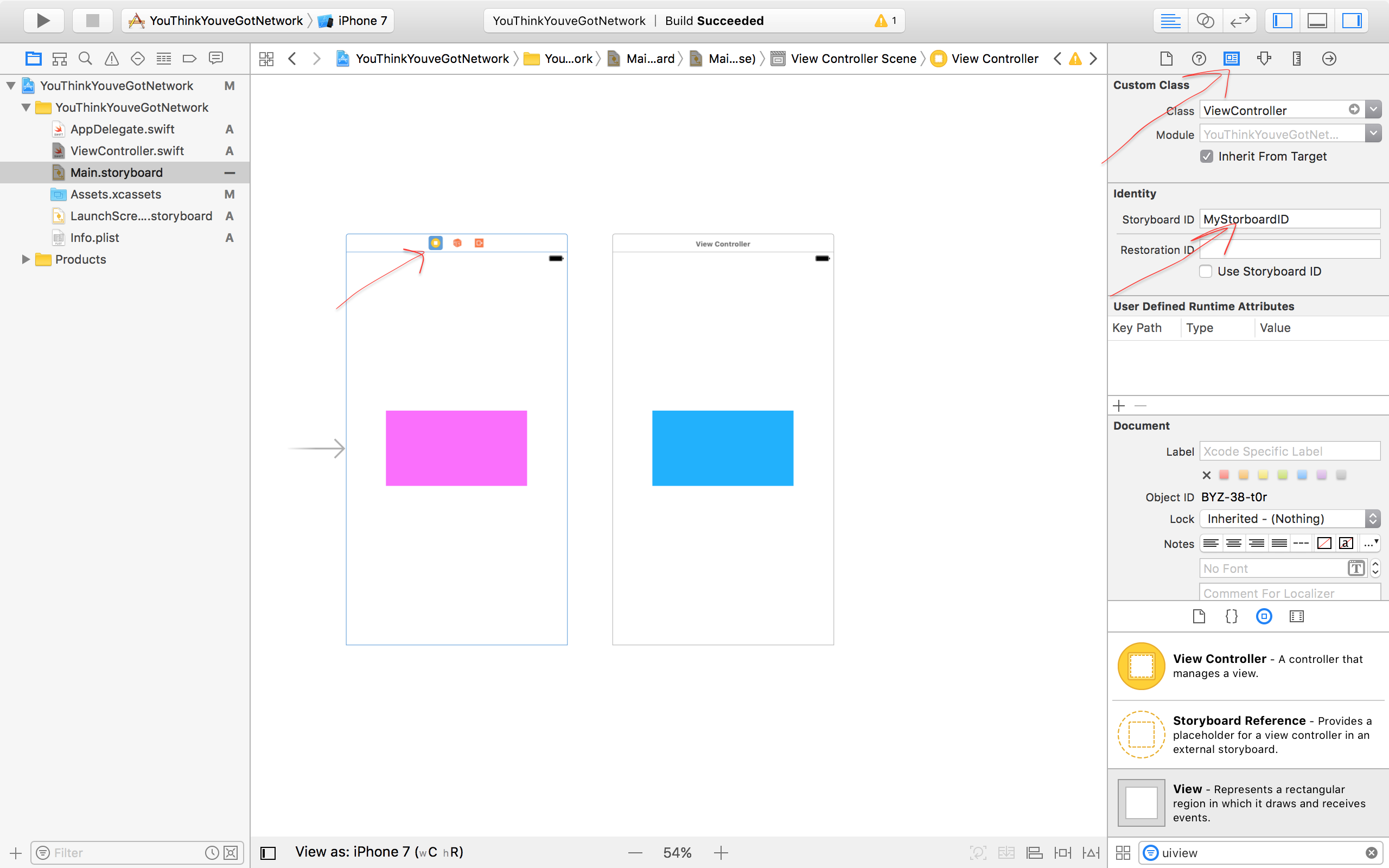 You can use a view controller's storyboard ID to instantiate and return that view controller. You can then go ahead to manipulate and present it however you want. To use Eric's example, say you want to present a view controller with identifier 'MyViewController' when a button is pressed, you would do it this way:

Not the answer you're looking for? Browse other questions tagged xcode storyboard interface-builder or ask your own question.

1286
Xcode - How to fix 'NSUnknownKeyException', reason: … this class is not key value coding-compliant for the key X" error?
1364
How can I disable ARC for a single file in a project?
15
Storyboard, UIViewController and UISplitViewController
2
Storyboard and Container View crazy behaviour
0
How to start an app with storyboard
100
Failed to instantiate the default view controller for UIMainStoryboardFile 'Main' - perhaps the designated entry point is not set?
0
StoryBoard can not find ViewController
0
How does Xcode sets rootViewController implicitly via storyboard?
1
What is more preferable, one storyboard many viewController OR many storyboard with each have one viewController?