Move existing, uncommitted work to a new branch in Git

I started some work on a new feature and after coding for a bit, I decided this feature should be on its own branch.

How do I move the existing uncommitted changes to a new branch and reset my current one?

I want to reset my current branch while preserving existing work on the new feature.

Git 2.23 adds the new switch subcommand in an attempt to clear some of the confusion that comes from the overloaded usage of checkout (switching branches, restoring files, detaching HEAD, etc.)

Starting with this version of Git, replace the checkout command with:

The behavior is identical and remains unchanged.

This will leave your current branch as it is, create and checkout a new branch and keep all your changes. You can then stage changes in files to commit with:

and commit to your new branch with:

The changes in the working directory and changes staged in index do not belong to any branch yet. This changes the branch where those modifications would end in.

You don't reset your original branch, it stays as it is. The last commit on <old-branch> will still be the same. Therefore you checkout -b and then commit.

Tip: use tab key to reduce typing the stash name.

If you have been making commits on your main branch while you coded, but you now want to move those commits to a different branch, this is a quick way:

Warning: git branch -f master origin/master will reset the tracking information for that branch. So if you have configured your master branch to push to somewhere other than origin/master then that configuration will be lost.

Warning: If you rebase after branching, there is a danger that some commits may be lost, which is described here. The only way to avoid that is to create a new history using cherry-pick. That link describes the safest fool-proof method, although less convenient. (If you have uncommitted changes, you may need to git stash at the start and git stash pop at the end.)

The common scenario is the following: I forgot to create the new branch for the new feature, and was doing all the work in the old feature branch. I have commited all the "old" work to the master branch, and I want my new branch to grow from the "master". I have not made a single commit of my new work. Here is the branch structure: "master"->"Old_feature"

If you commit it, you could also cherry-pick the single commit ID. I do this often when I start work in master, and then want to create a local branch before I push up to my origin/.

There is alot you can do with cherry-pick, as described here, but this could be a use-case for you.

There is actually a really easy way to do this with GitHub Desktop now that I don't believe was a feature before. 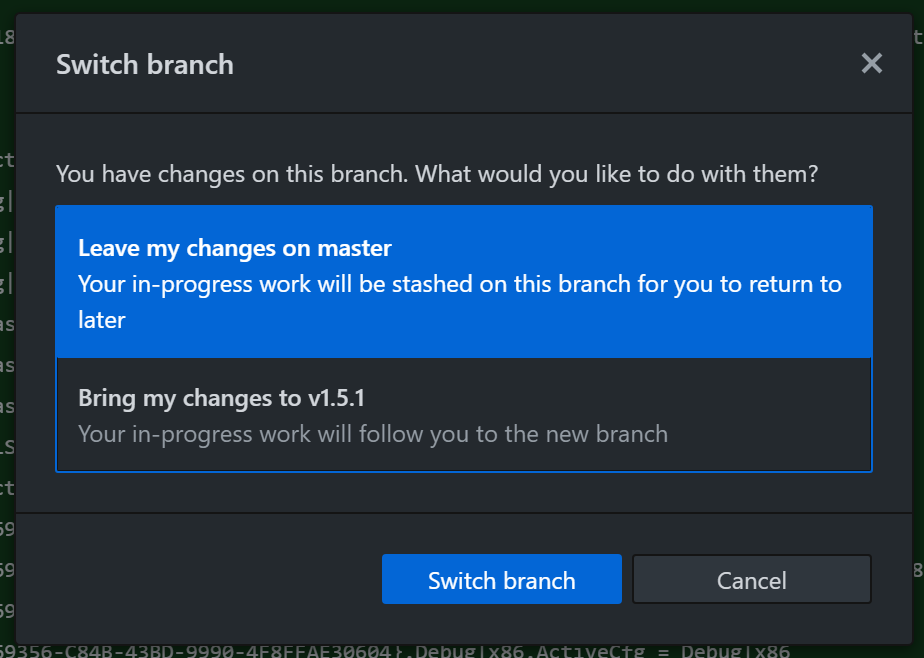 This may be helpful for all using tools for GIT

Switch branch - it will move your changes to new-branch. Then you can commit changes.

Right-click on your repository and then use TortoiseGit->Switch/Checkout 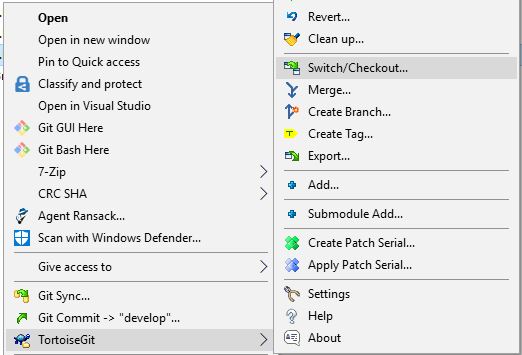 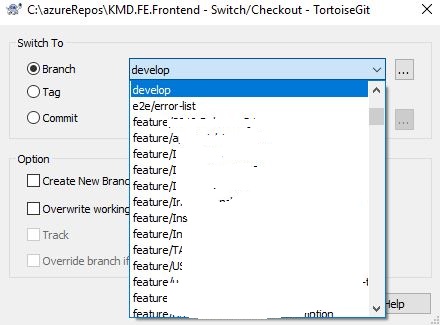 Use the "Checkout" button to switch branch. You will see the "checkout" button at the top after clicking on a branch. Changes from the current branch will be applied automatically. Then you can commit them.

I used @Robin answer & listing all that I did,

! If the repo has more than one stash, see which one to apply to the new-branch:

and inspect the individual stash by,

Or inspect all stashes at once:

3 Steps to Commit your changes

Suppose you have created a new branch on GitHub with the name feature-branch.

Checkout and switch to the feature-branch directory. You can simply copy the branch name from the output of branch -a command above

Next use the git branch command to see the current branch. It will show feature-branch with * In front of it

Take update and the push changes on the origin server

Option 1 (with an existing branch)

This is the only answer that tells you to use git stash -k, which you will need...

if you already spent an hour with git add -p

and then decided you want to test what you added to the index before doing the actual commit. In that case do not use plain git stash!

That keeps the index and removes the rest that is still in the working directory and wasn't added to the index yet. Exactly what you want.

Now you can try to compile/test and commit. I.e.

Then get back the uncommitted changes with

If you discover that it does NOT compile however, then making changes and adding those also the index and committing that might confuse git stash pop. It isn't that good when it comes to merging. In that case you probably should just commit anyway; thus:

Then create a new branch,

do your work there (changing code, doing testing and more commits)

Once everything works commit it to the new branch

go back to the old branch and then do the git stash pop with the same working directory as where you was when you pushed to the stash.

Commit that too, otherwise you can't merge the tmpbranch. Then merge the temporary branch that you created.

Now you can do a rebase to put the 'Still working on this' at the top and squash/fixup the rest into a single comment. For example

Then change that to:

And finally undo the last commit (the 'Still working on this')

Not the answer you're looking for? Browse other questions tagged git git-branch git-stash git-reset or ask your own question.