Favicon request not showing in network tab of developer toolbars

I've set up my ASP.NET MVC app with a favicon in the Content folder (instead of the root) along these lines. This works well, the favicon shows in all browsers.

However when I installed ELMAH I started seeing 404 errors because apparently the favicon is still being requested at the root of my site! I would love to know why this is happening and who is doing this. Under the assumption my browser was causing this I opened up the developer toolbars, here's what I find: 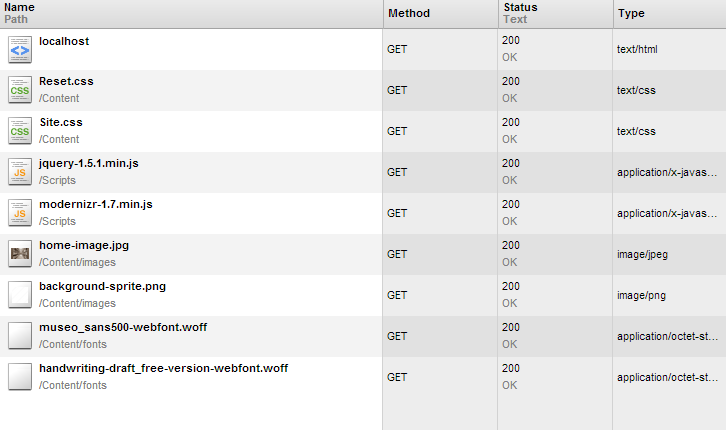 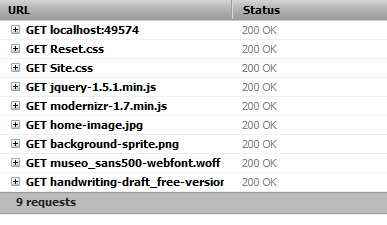 All of them show 9 similar requests, but none of them show favicon.ico requests ... at all? I would've expected at least one (the one in the Content folder, which I'm seeing in my browser), and rather even two (also the one that's giving me the 404 in ELMAH).

So, my question: Can anyone explain why developer toolbars generally don't show favicon requests? Can this be turned on somehow or seen somewhere?

All browsers fetch /favicon.ico by default to use it in the address bar, tabs, bookmarks etc. It's just a convention (and W3C doesn't like it).

Using Chrome you can see this request here: chrome://net-internals/#events.

You can override the icon using <link rel="shortcut icon" href="http://test.com/myicon.ico" /> HTML tag in the <head> section. This seems to prevent Chrome from checking the default location. However, even with this tag set up Chrome DevTools are not displaying favicon.ico as a resource that was downloaded during the page load. The reason for this may be that favicon is not used by the website, it's used by the browser. The browser request it for it's own purposes.

[EDIT] There is an open Chrome issue classifying missing favicon.ico in the Network panel as a bug. [EDIT] Its also a bug in a Firebug.

Not the answer you're looking for? Browse other questions tagged internet-explorer google-chrome firefox google-chrome-devtools favicon or ask your own question.

258
Serving favicon.ico in ASP.NET MVC
8
Why doesn't the favicon icon show in Firebug Net Panel
4
What are the reasons that a browser would not request favicon.ico?

1585
How do I force a favicon refresh?
31
How to clear IE's favicon cache?
650
How to add a browser tab icon (favicon) for a website?
0
favicon not showing up in directory
73
favicon not displayed by Firefox
299
Find JavaScript function definition in Chrome
285
Automatically open Chrome developer tools when new tab/new window is opened
176
HTML 5 Favicon - Support?
1
Favicon is not visible
1
WordPress Favicon not showing on Google Chrome tab