Title pretty much says it all. I have a video which automatically starts playing when arriving on the page.

In the HTML code I have put muted="muted". And here comes the weird part. When looking at the controls it clearly is muted, but the music is still playing and can be heard. Even when I looked at the HTML5 Video example on W3Schools it plays the music while muted.

Is there any way, trough jQuery for example to bypass this? I have a jQuery line in it which stick the muted to the video but that has no effect.

Here is the HTML code is use:

Hope you can help me out. The jQuery line is as following:

I'm not entirely sure as to why the muted attribute is malfunctioning when defined within the video tag. However, this is what you can do :

Firstly, remove the muted="muted" attribute from the video tag. Keep it simply as :

Now, define a function that on loading of the page, mutes the video.

I have verified this, and it works.

There are no real new answers in my answer - just trying to bring this question up to date and hope to avoid people wasting a whole day with this like I just did.

As far as I can tell (especially since this question is so old) that muted has never worked when the video is dynamically added to the page. And since muted doesn't work then muted autoplay won't work either.

I think what happens is that the browser makes certain decisions on page load, and for some super odd reason, a video later to the page added will NOT mute even if it has muted property. This I believe is a bug in Chrome, not occurring for me in Safari - but it looks like we're stuck with it for now.

Google's blog entry on autoplay/mute is only a year old, and provides the following insight:

So what is the impact of this:

I ran into this in Angular and spent way too much time assuming it was related to the fact I was using a template, or something Angular related.

I made a test app on StackBlitz. You will need to uncomment the line // video.muted = true to get it to work properly.

The other important things to realize are:

And finally, if you are using Angular (where everything is dynamically added), the following works to mute the video:

Then when you want to play it:

This work fine for me.

looks like this muted stopped working in chrome 64. still works in 63.

To mute via HTML5 directly instead of jQuery, you can also use volume="0" within the video tag, i.e:

// Try this. It is correctly working fine with my device. when your video has a sound browser(google) tries to block the video. So video does not autoplay. So try to mute the audio. By mentioning only muted it did not work with me. So I tried the binding method. Now it is working fine with me. I suggest trying this once

Make sure your audio codec is set to AAC when producing a video. I had the same problem using OpenShot where the default setting is AC3. 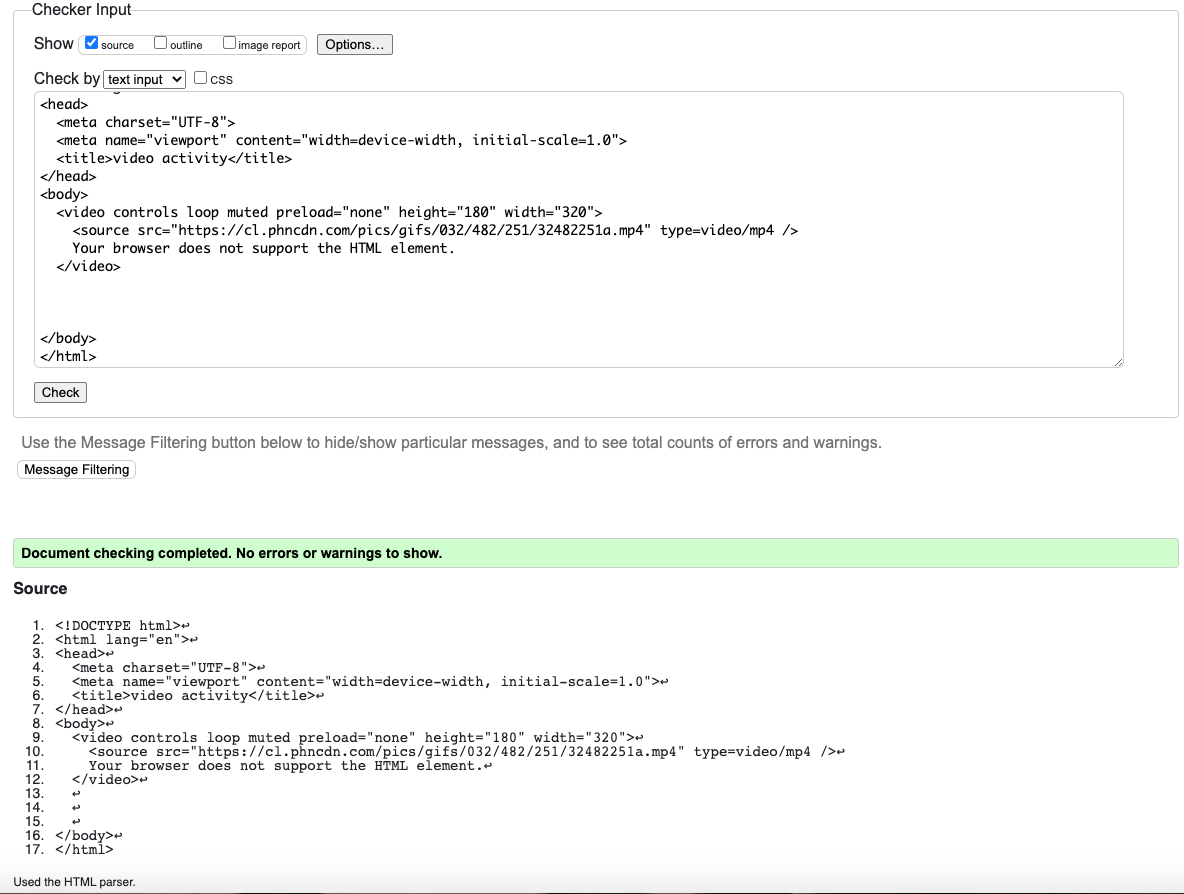 try this for unmuted videos in html5

and in tag html try this

Not the answer you're looking for? Browse other questions tagged html google-chrome video or ask your own question.

2907
How to store objects in HTML5 localStorage
4232
Change a HTML5 input's placeholder color with CSS
1
HTML5 Video Tag Not Playing
1595
Hide scroll bar, but while still being able to scroll
1
html5 video autoplay delay in safari
0
HTML5 video I want autoplay & muted until sound is initiated, but is permanently muted on iPhone Mobile
2
No audio when playing HTML5 video on iOS