How to find my Subversion server version number?

I want to know if my server is running Subversion 1.5.

How can I find that out?

Also would be nice to know my SVN client version number. svn help hasn't been helpful.

Note: I don't want my project's revision number, etc. This question is about the Subversion software itself.

To find the version of the subversion REPOSITORY you can:

If not displayed, view source of the page

Now for the subversion CLIENT:

For REPOSITORY / SERVER (the original question):

If another custom SVN servers

Please edit to finish this answer

For CLIENT (not the original question):

On the server: svnserve --version

Here's the simplest way to get the SVN server version. HTTP works even if your SVN repository requires HTTPS.

For an HTTP-based server there is a Python script to find the server version at: http://svn.apache.org/repos/asf/subversion/trunk/tools/client-side/server-version.py

You can get the client version with

If the Subversion server version is not printed in the HTML listing, it is available in the HTTP RESPONSE header returned by the server. You can get it using this shell command

There should be an "SVN/1.7.4" string or similar there. Again, this will probably only work if you have "ServerTokens Full" as mentioned above.

There really isn't an easy way to find out what version of Subversion your server is running -- except to get onto the server and see for yourself.

The last release where the server version really made a difference to the client was the change from release 1.4 to release 1.5 when merge tracking was added. Merge tracking had been greatly improved in version 1.6, but that doesn't really affect the interactions between the client and server.

Of all the features, only one depends upon the version of the server being 1.5 or greater (and 1.4 has been obsolete for quite a while. The newer features of 1.8 will improve performance of your working copy, but the server being at revision 1.8 isn't necessary. You're much more affected by your client version than your server version.

For a svn+ssh configuration, use ssh to run svnserve --version on the host machine:

It is necessary to run the svnserve command on the machine that is actually serving as the server.

Just use a web browser to go to the SVN address. Check the source code (Ctrl + U). Then you will find something like in the HTML code:

Browse the repository with Firefox and inspect the element with Firebug. Under the NET tab, you can check the Header of the page. It will have something like:

If you use VisualSVN Server, you can find out the version number by several different means.

Follow these steps to find out the version via the management console: 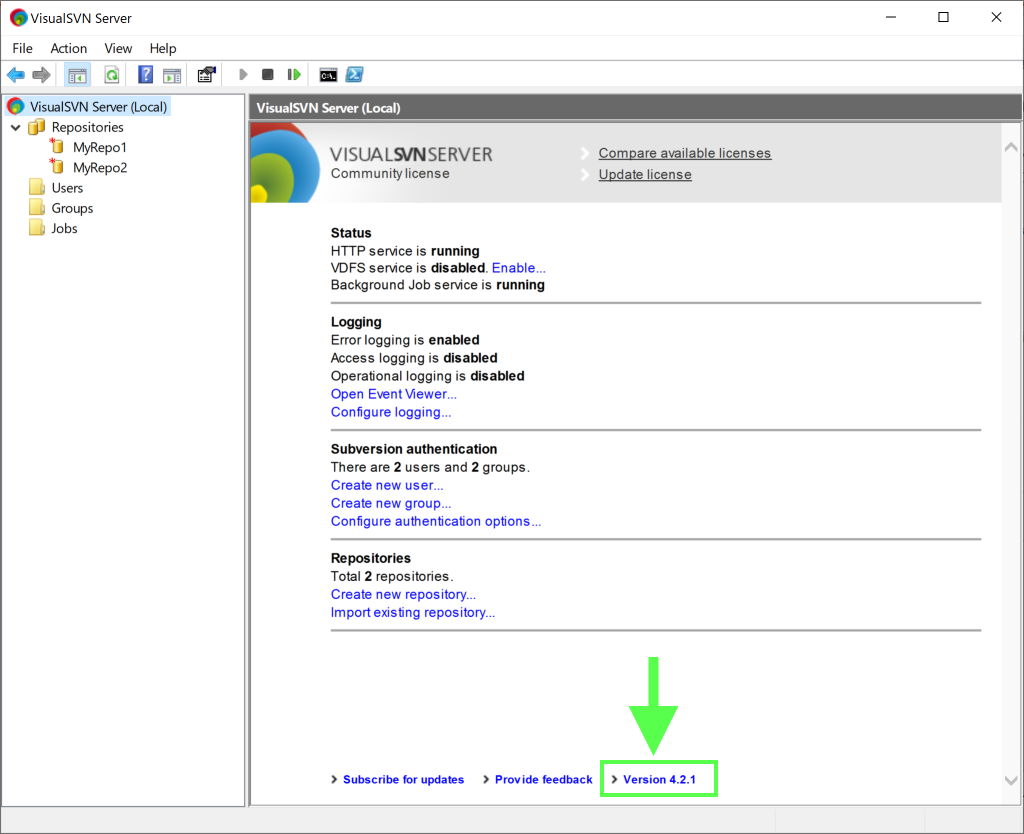 If you click Version you will also see the versions of the components.

Follow these steps to find out the version from the readme.txt file: 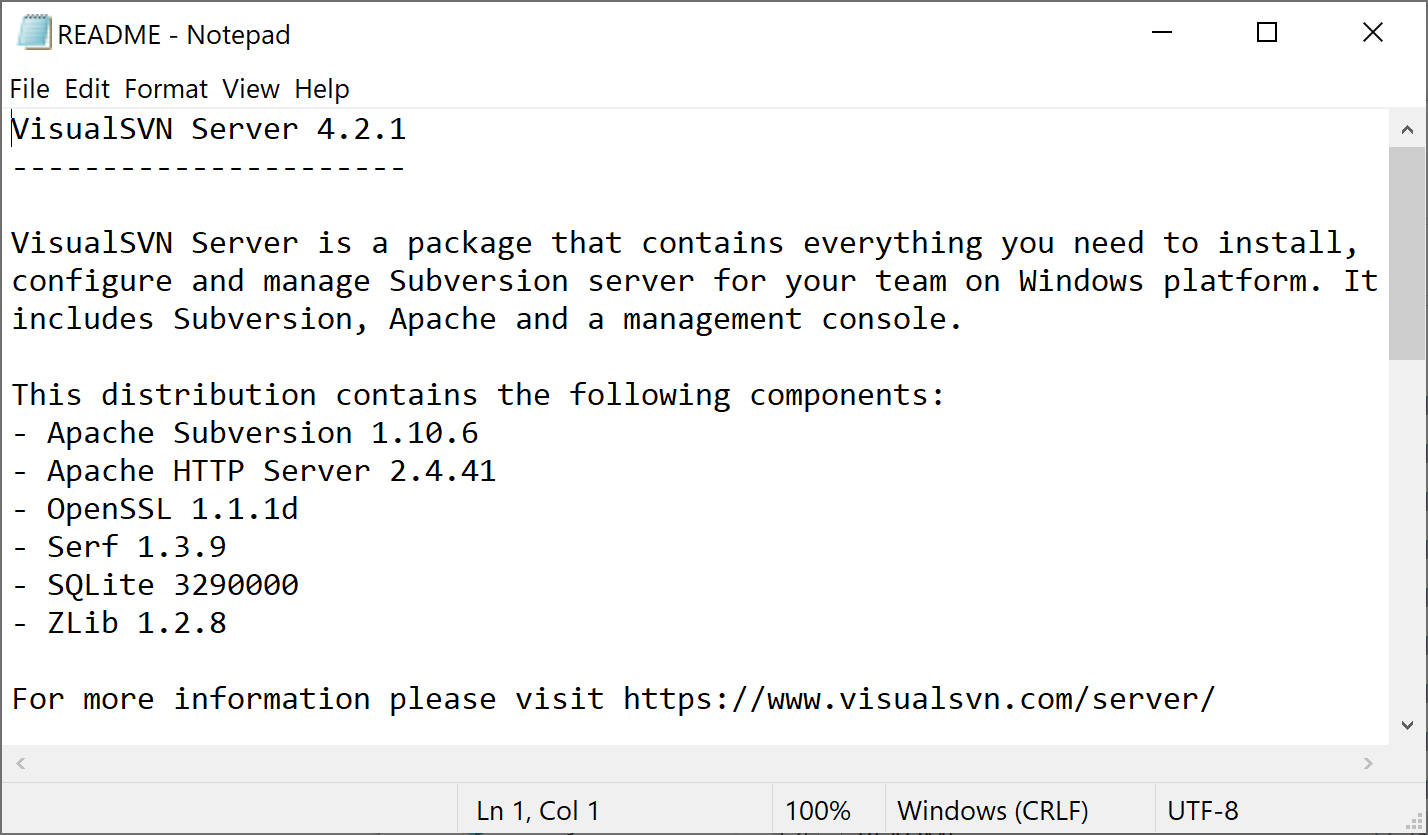 For Subversion 1.7 and above, the server doesn't provide a footer that indicates the server version. But you can run the following command to gain the version from the response headers

Note that this also works on Subversion servers where you don't have authorization to access.

You can connect to your Subversion server using HTTP and find the version number in the HTTP header.

0
How to check the svn server version
76
How to find out Subversion repository version?
18
How can I find the version number for my SVN server software, using TortoiseSVN?
7
How to find SVN version?
5
version of SVN server
0
How to Tell Which Version of the Subversion Server Using Tigris Subclipse within Eclipse
0
Upgrade SVN Client (w/Tortoise) from 1.7.2 to 1.14.1. Play nice with existing SVN server?
1
HPUX Subversion client no longer connects to remote repository
0
How to get CollabNet Subversion Repository server version
-1
Add new repository in Subversive
See more linked questions