When running the ndk-build command I get the following error:

The contents of my Android.mk file:

You can use the following command

Hope this will answer your question.

NDK_PROJECT_PATH is an environment variable so you don't have to include in the Android.mk file. Is nkd-build launched in the project directory?

For more info read the docs in docs/HOWTO.html in the NDK folder where I read

Starting with NDK r4, you can simply place the file under $PROJECT/jni/ and launch the 'ndk-build' script from your project tree.

If you want to use 'ndk-build' but place the file to a different location, use a GNU Make variable override as:

I haven't found a single answer which is satisfactory for me, perhaps it depends whether you're trying to build an existing application, create a new one, or perhaps you are porting some existing native app. These guidelines work with android-ndk-r9b but should work with the last few releases

The makefile build-local.mk used by ndk-build will make some guesses about the location of the application makefile.

By default it seems the NDK is oriented towards having you stow your NDK application Application.mk and Android.mk files under a sub-directory called jni. This works nicely, and you can just use the command line:

If you don't want to have a jni sub-directory, for example, perhaps you're porting a linux command-line tool to Android, the following maybe appropriate for you:

Now create an Application.mk file with the following contents:

Then create an Android.mk file, for example:

To build the application use:

You need to specify 3 things.

These are needed to override the default values of the build script, which expects things to be in the jni folder.

This is what I use, cd into the project directory and do: 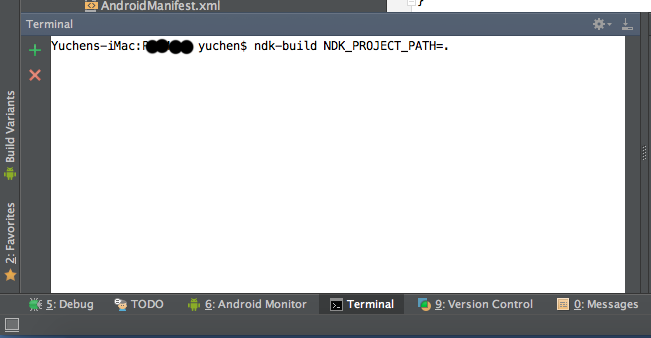 This worked for me. No environment variables and no setups. Go to the root directory where you unzipped ndk on command line and run ndk-build command:

A sample would look like this in my dev machine:

-C worked for me. 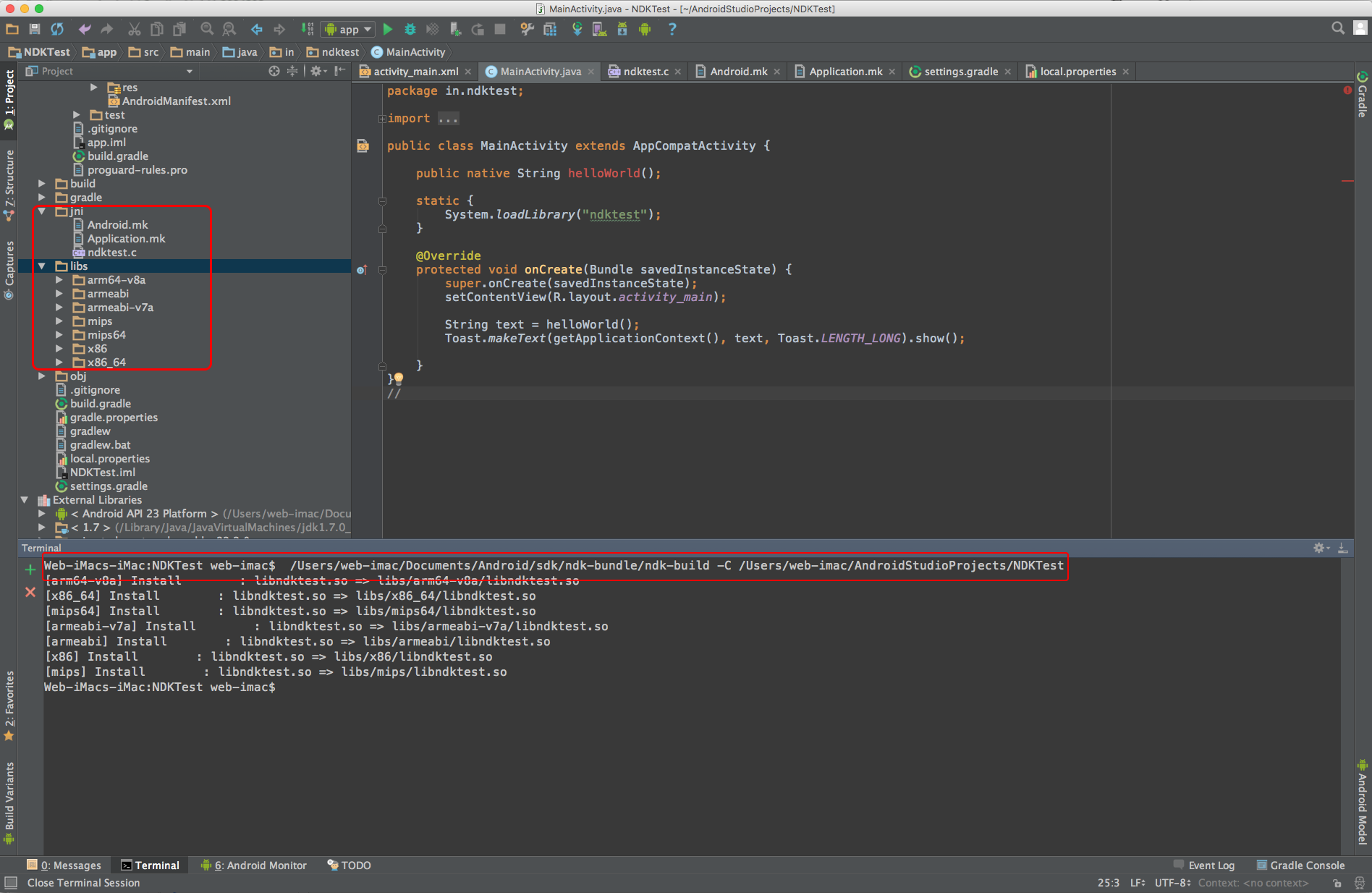 You can also use the mac terminal to do this.

Set your ndk builder's working directory could solve your problem as I got the same problem and solved it in this way.

2306
What is the purpose of .PHONY in a Makefile?
3
ndk-build failed to build PocketSphinxAndroidDemo project
4
Android.mk wilcard extra 'jni' in path?
4
How to compile a custom folder structure with ndk-build?
4
How to compile two different libraries in same Android.mk linking one of them to other
3
Use NDK in Android Studio (OpenCV)
11
FFmpeg support for libstagefright hardware decoding
0
LOCAL_SRC_FILES should point to a file ending with ".so"
0
Not able to build the android project with ndk support
3
android NDK ndk-build error