How to download Google Play Services in an Android emulator?

Check out Setting Up Google Play Services which says:

If you haven't installed the Google Play services SDK yet, go get it now by following the guide to Adding SDK Packages.

To test your app when using the Google Play services SDK, you must use either:

For api 21+ you can use system image with Google Play as I describe below.

I was able to install Google Play and Google Services as separate apks to pure system image api 16 and 17, but they don't really work after that (services crush and play not opens). So seems like it is not possible to make them work on pure AVD image because they should be installed with root access. The same for updating Google Services on AVD system image with Google API preinstalled - can't update because of incompatible certificates, can't uninstall even using adb because don't have access.

How to setup AVD system image with Google Play

Now even better solution exist: using AVD image with build-in Google Play Services. It will enable you to use Google Services including Google Play. Also you will be able update it without re-creating AVD image. 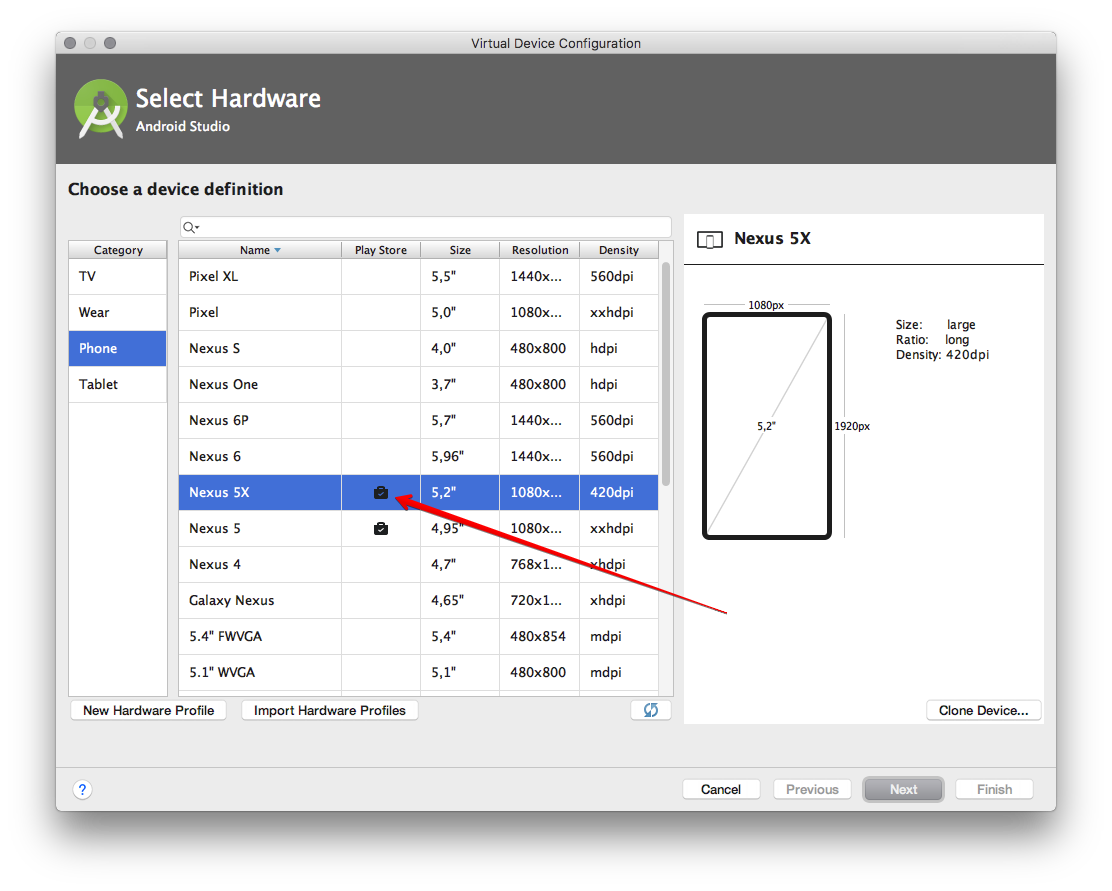 Then choose system image for it. You should choose one with Google Play and NOT with Google API. 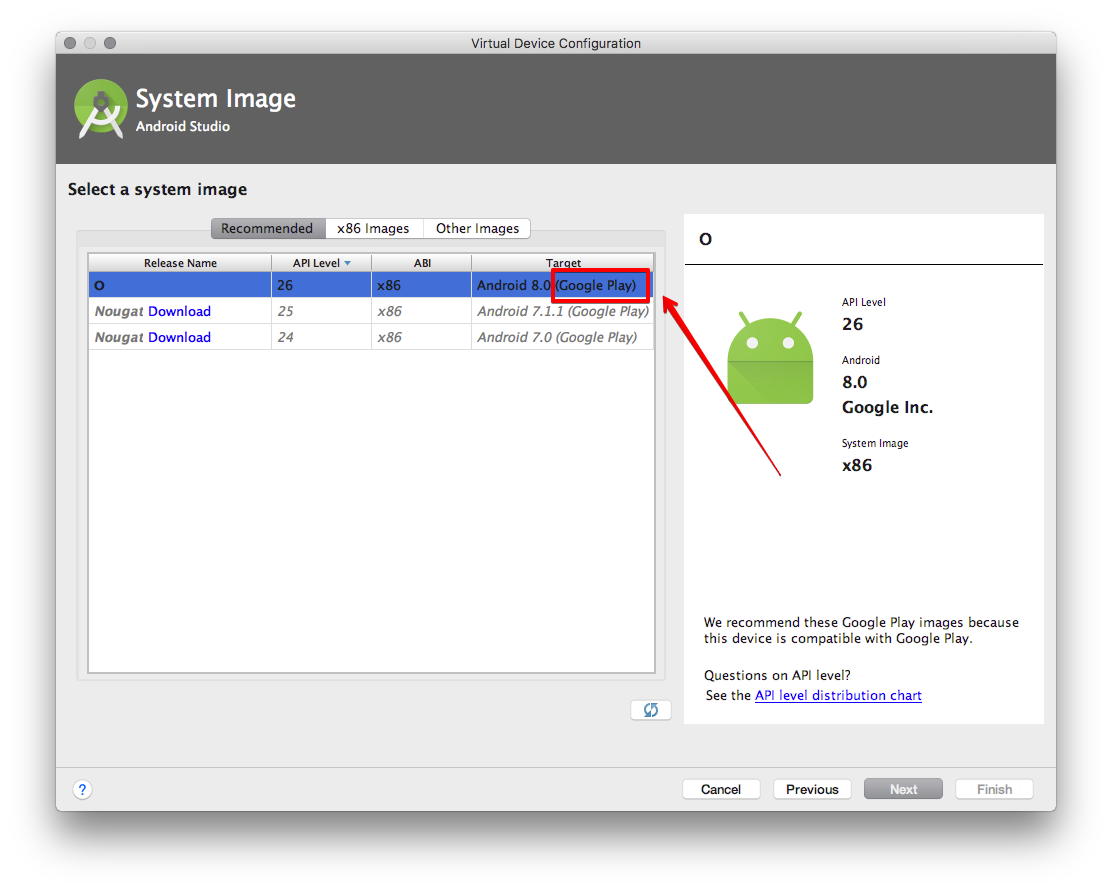 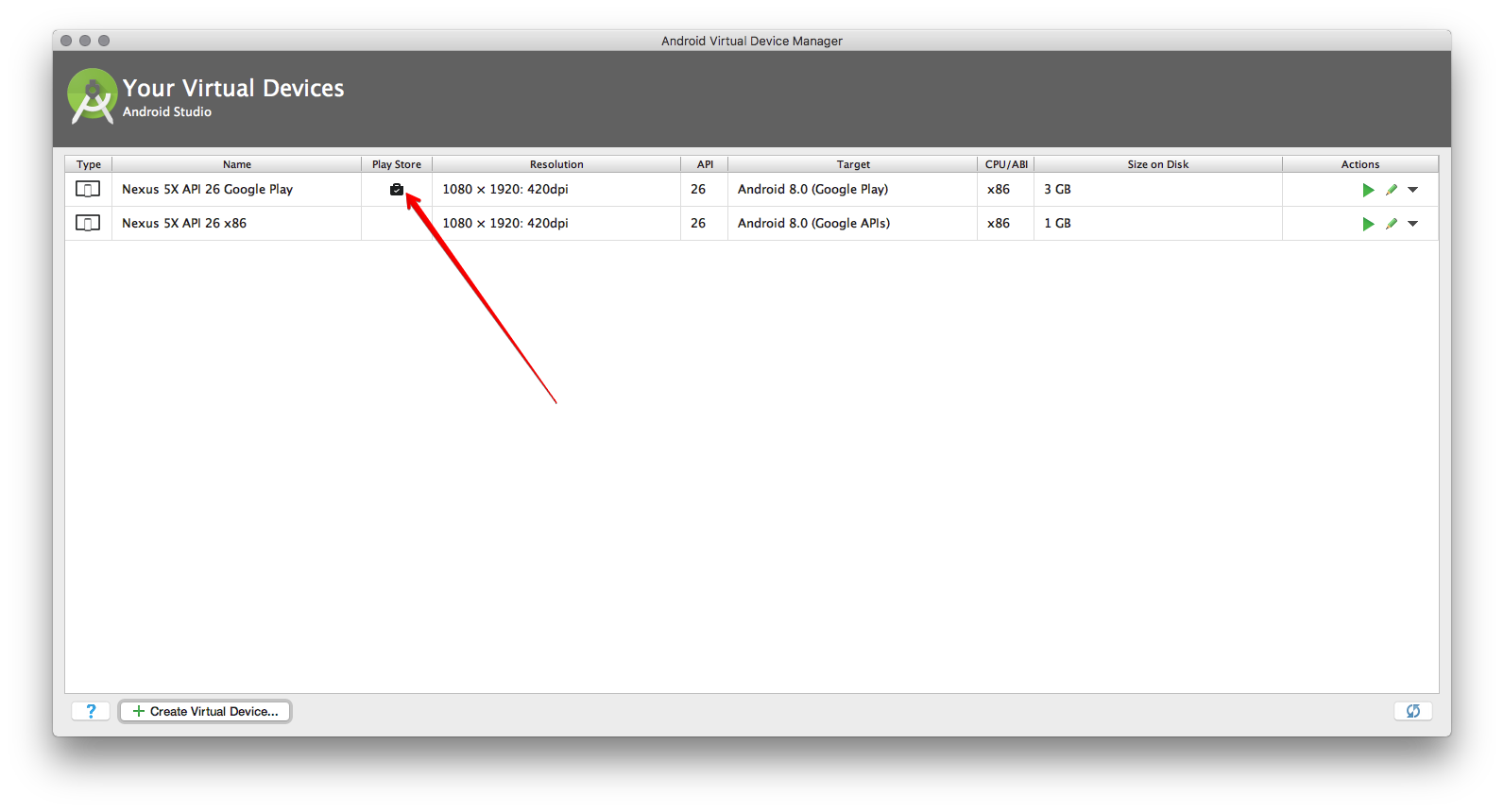 You can update Play Services as shown on screenshot, or manually on device.. 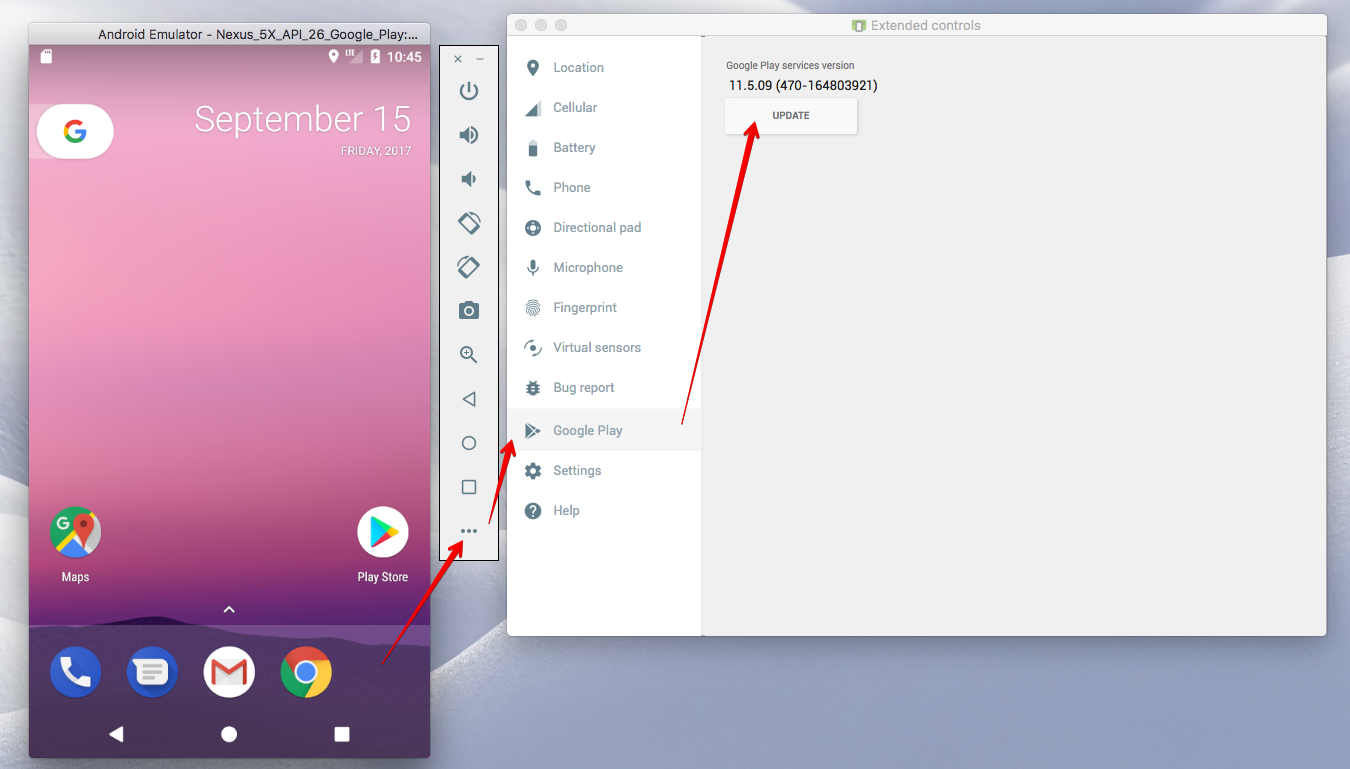 This is how you make Android Google Maps API v2 work on your emulator.

these are the settings that are working for me. I don't know for different ones.

The longer answer is on my blog post about this issue https://medium.com/nemanja-kovacevic/how-to-make-android-google-maps-v2-work-in-android-emulator-e384f5423723

I came across another solution to use the Google play services on an emulator. The guys at http://www.genymotion.com/ provide very fast emulators on which you can install Google play services. They just need you to sign up to begin downloading and you need Virtual box installed. At the moment they cater for Android 16 and 17 but more are on the way.

The key is to select the target of your emulator to, for example: Google APIs (ver 18). If you select, for example, just Jellybean 18 (without API) you will not be able to test apps that require Google services such as map. Keep in mind that you must first download the Google API of your favorite version with the Android SDK Manager.

This is a good practice and it is far better than juggling with most workarounds.

I tried to develop google MAP API V2 application recently and tried to run it through emulator but I everytime it showed me error "Google Play Servcies is not installed in this phone". From my perpective even I think google MAP API V2 doesn't work on emulator.

Then I tried to run the same example on my Sony Experia you and again it showed me same error. Then I installed google play services on my mobile and amazingly it started working..:)))

I got it working by

Go to https://university.xamarin.com/resources/working-with-android-emulators . Scroll down to the "Installing Google Play Services" section. Step by step walk through there.

Directly plagarized from xamarin here so I don't get dinged for linking and not including solution. Posting this as I found the hit in stack before I found the solution that worked across the board on the xamarin page.

Now you can run applications that depend on Google Maps in the Xamarin Android Player.

To the latest setup and information if you have installed the Android Studio (i.e. 1.5) and trying to target SDK 4.0 then you may not be able to locate and setup the and AVD Emulator with SDK-vX.XX (with Google API's).

See following steps in order to download the required library and start with that. AVD Emulator setup -setting up Emulator for SDK4.0 with GoogleAPI so Map application can work- In Android Studio

But unfortunately above method did not work well on my side. And was not able to created Emulator with API Level 17 (SDK 4.2). So I followed this post that worked on my side well. The reason seems that the Android Studio Emulator creation window has limited options/features.

I know this is an old question, but I got here because I had a similar problem as everyone above. I solved it by just reading a little closer!

I hadn't noticed there were 2 possible system Images I could choose from, one that contained Google APIs and one that didn't (on my laptop the menu was too small for me to read the (with Google APIs) text appended.

It's a stupid thing to miss, but someone else might have a small screen like I did, and miss this :D

If your emulator x86 this method works your me. 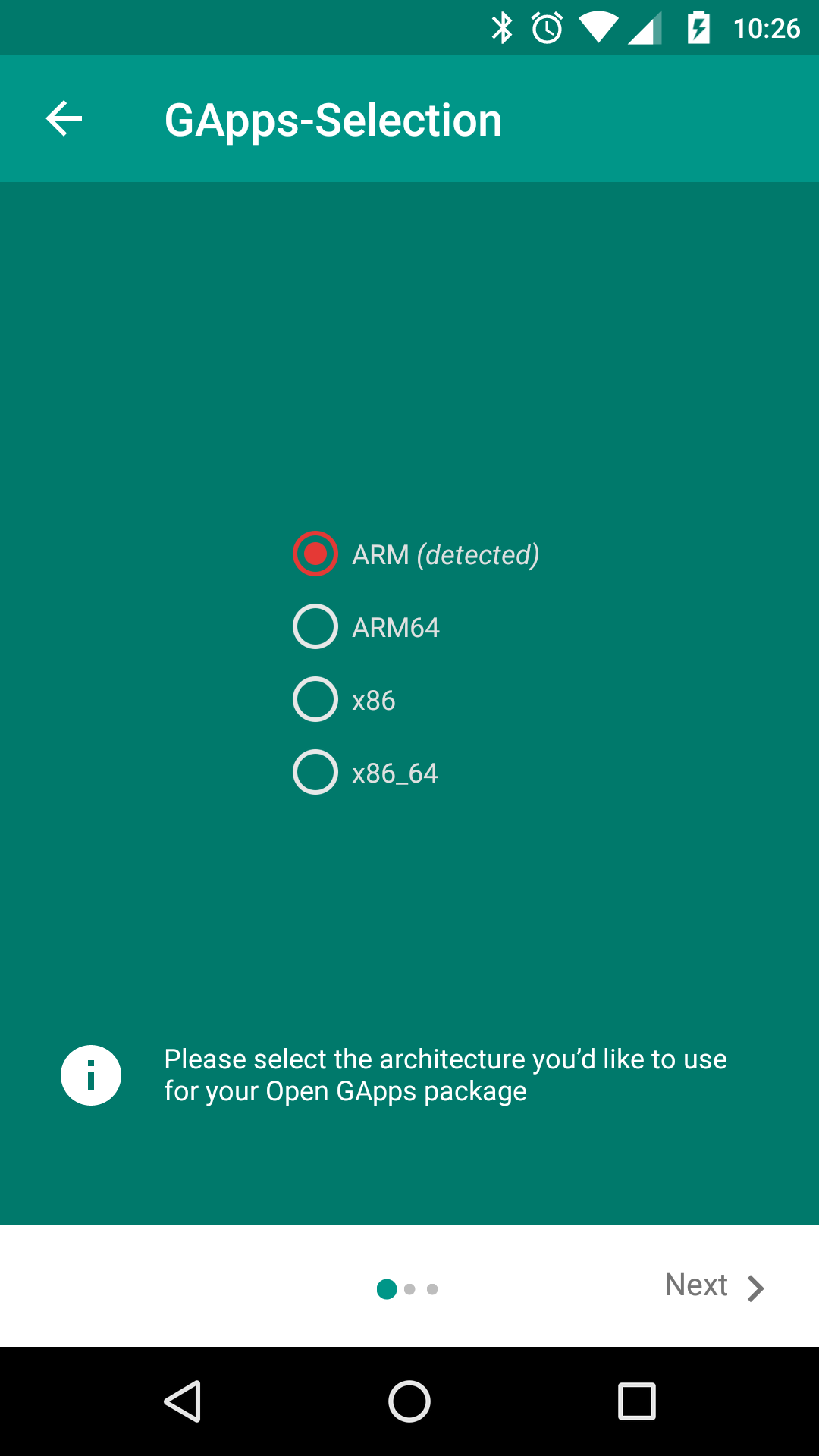 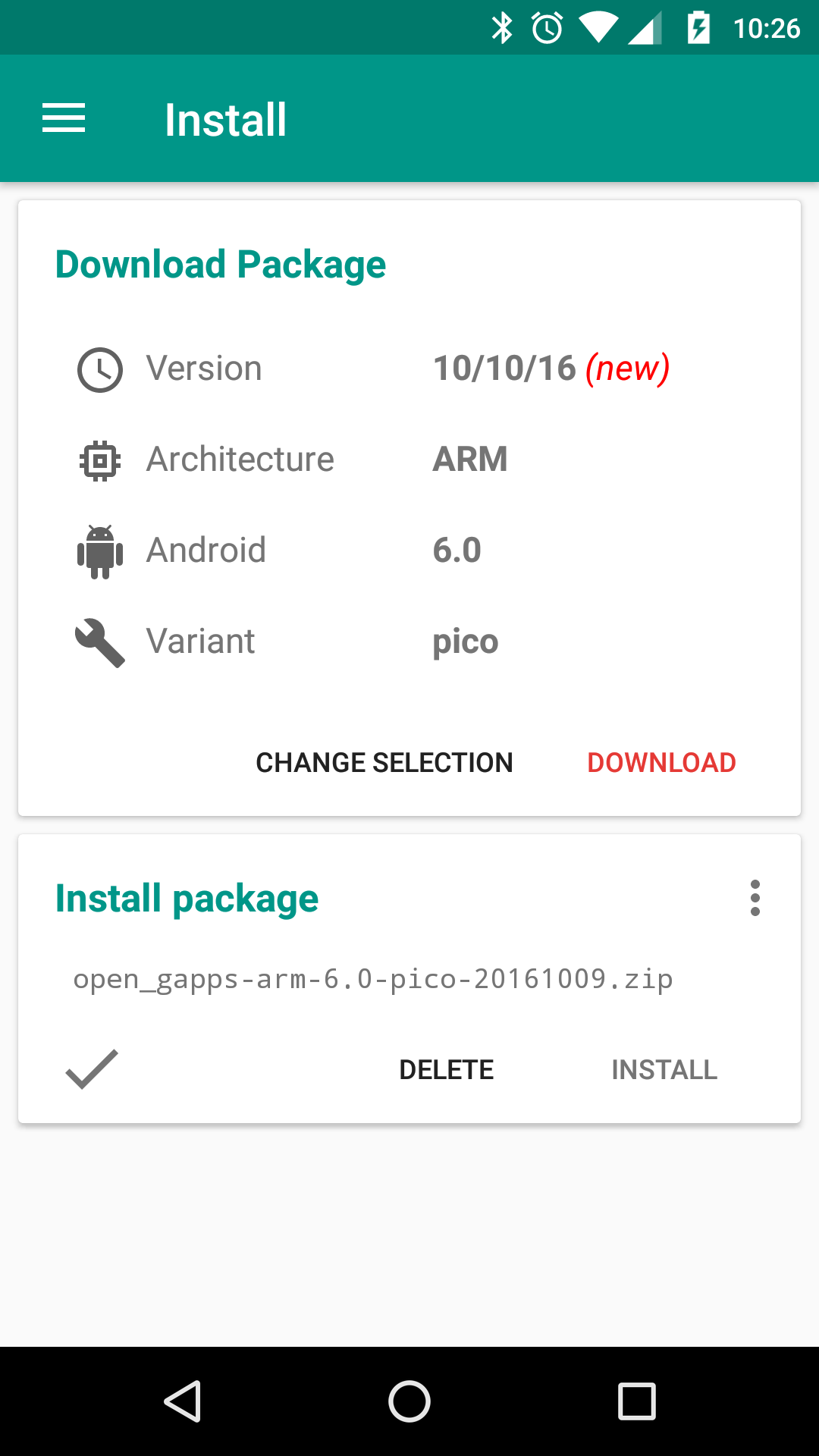 Not the answer you're looking for? Browse other questions tagged android android-emulator google-play-services google-maps-android-api-2 or ask your own question.

4026
How do you close/hide the Android soft keyboard programmatically?
3002
How to stop EditText from gaining focus at Activity startup in Android
1404
How can you get the build/version number of your Android application?
408
Google Play app description formatting
101
This app won't run unless you update Google Play Services (via Bazaar)
320
LogCat message: The Google Play services resources were not found. Check your project configuration to ensure that the resources are included
645
How to install Google Play Services in a Genymotion VM (with no drag and drop support)?
142
updating Google play services in Emulator