Using Xcode 4.5.1. Our project has been building fine for the last three months, but suddenly, when I try to build, it says "Build failed", but does not show any errors on the triangle exclamation mark tab, nor does it give a reason when it pops up build failed.

We have not changed the bundle identifier, or any other project properties. I tried a clean, then build, but no luck.

What may be causing the problem?

Similar to this question, but none of the solutions apply.

Figured it out. On the tab with three lines in a speech bubble, it shows a build log. I guess my storyboard file had become corrupt during the last git pull.

You can see reasons for failure on Report Navigator present in Navigator window.

Here you can view reasons either By Group or By Time

Click the last icon in the top bar of the left most panel in your Xcode window to reveal the secret Archive build errors. 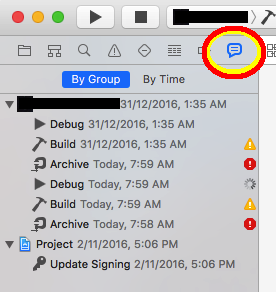 It will likely be something related to code signing if you are able to build and run the app, but not Archive. Further googling of your error message should resolve that now that it has been revealed.

Click the last icon in the top bar of the left most panel in your Xcode window to reveal the "secret" Archive build errors. I had permission issues which solved for me. 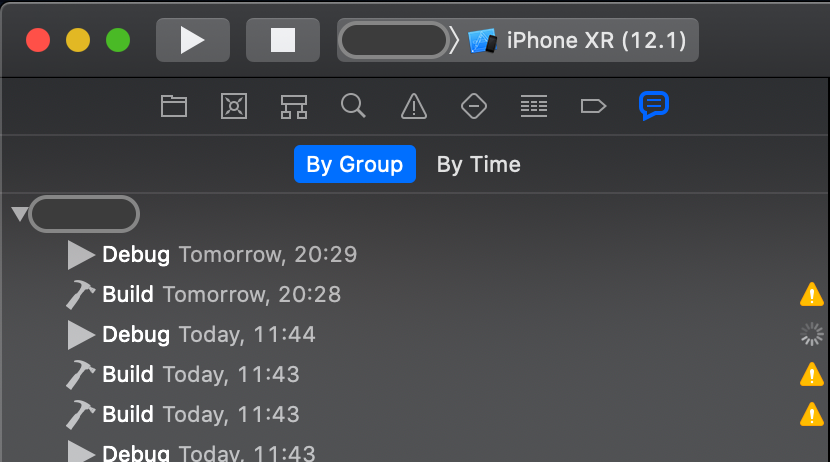 If you changed the Build System to the new one, change back to the Standard. It solved for me. 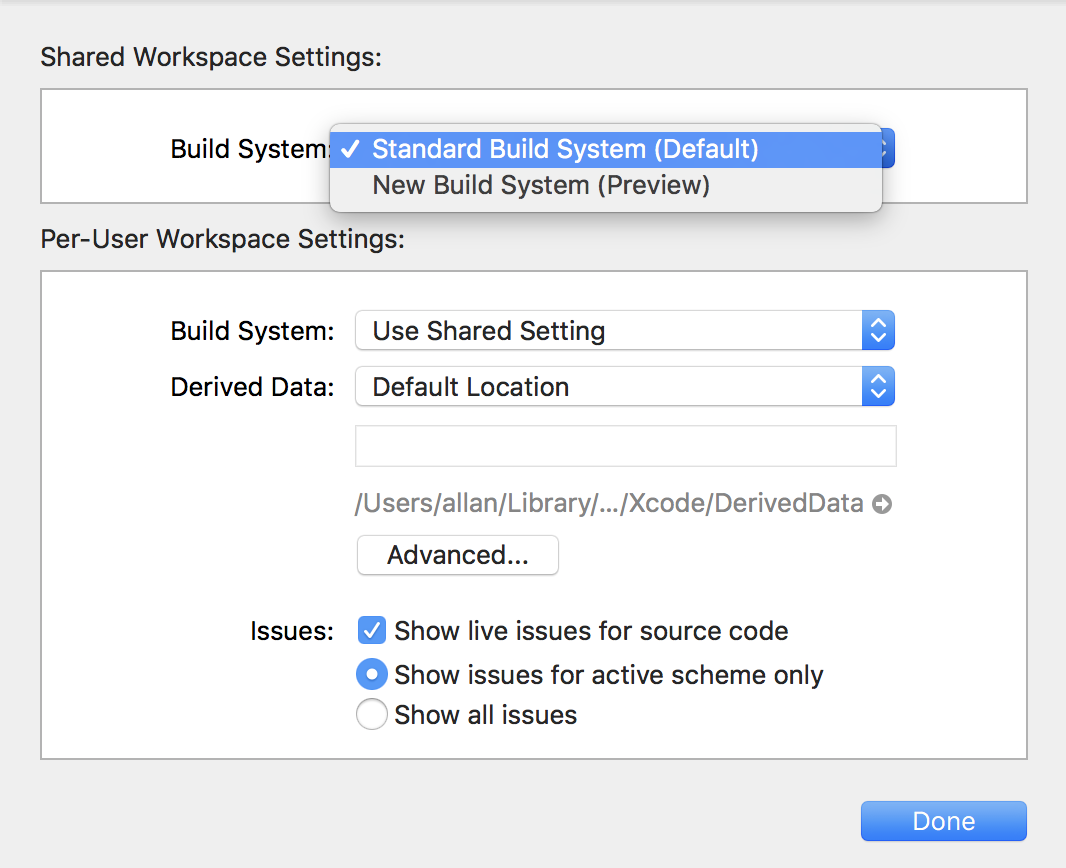 Faced same issue with xCode 8 the reason was that my Apple Id session expired and xCode was not able to renew it because of network connection problems once i signed in with my Apple id in preferences. I was able to build normally again

I agree with Jason. You must did something wrong. It is Xcode's bug that it could not produce the error. Just move back on your path. Open screens you edited/opened last time. In My case ; was missing in one controller.

In my case what I did and it helped:

After this project tried to compile and showed errors. The error was here:

I passed wrong variable name in observer.onNext(timing). It should have been pTiming.

Other answers helped me find the Report Navigator. The only error displayed was:

Build operation failed without specifying any errors. Individual build tasks may have failed for unknown reasons. One possible cause is if there are too many (possibly zombie) processes; in this case, rebooting may fix the problem.

I fixed this by closing the Simulator.

With me it was the dev provisioning profile I was using for that scheme. I changed it to release and it worked

This will also often happen if the "magical" macOS automatically restarts XCode after boot. That auto-started XCode instance will be completely broken. Quit and restart.