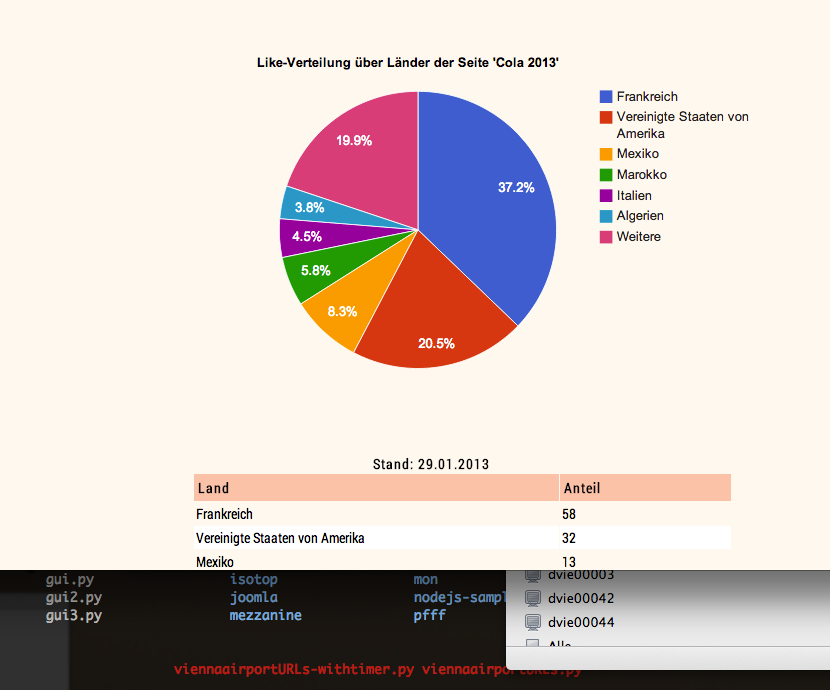 I've found an interesting app . This fb-app get all likes from any fanpage and sort it by mass and country!

how do these app get the data from the graph api ?

now i will receive all fan-page which "cocacola" like, but i need all users which like cocacola!

Maby its only possible with FQL Query ?

With FB 2.6 API you can get total likes with fan_count field.

Facebook will not give you a list of users who like a page. You don't need this to create this app. You can get this data by querying publicly available insights data.

This URL will get you the raw data this app uses to create this graph:

You can get this information with any valid access_token.

You can get the facebook page member likes using the field fan_count. But you have to pass page access token rather than the user access_token.

Not the answer you're looking for? Browse other questions tagged facebook facebook-graph-api facebook-fql or ask your own question.