VS 2010 Setup Project is NOT removing previous versions

You should not be changing the UpgradeCode property, this will have exactly the effect that you are seeing:

The UpgradeCode should only be set for the first version; it should never be changed for subsequent versions of the application, nor should it be changed for different language versions. Changing this property will keep the DetectNewerInstalledVersion and RemovePreviousVersions properties from working properly.

Assuming you want to remove the old version and replace it with the new one (as opposed to having them installed side-by-side, which is actually what you're doing) you should change the Version (of both the MSI and the file(s) being updated) and the ProductCode (of the MSI) and set RemovePreviousVersions to True.

I encountered same problem.
and I resolved with changing those four.
(I used Visual Studio Community 2019) 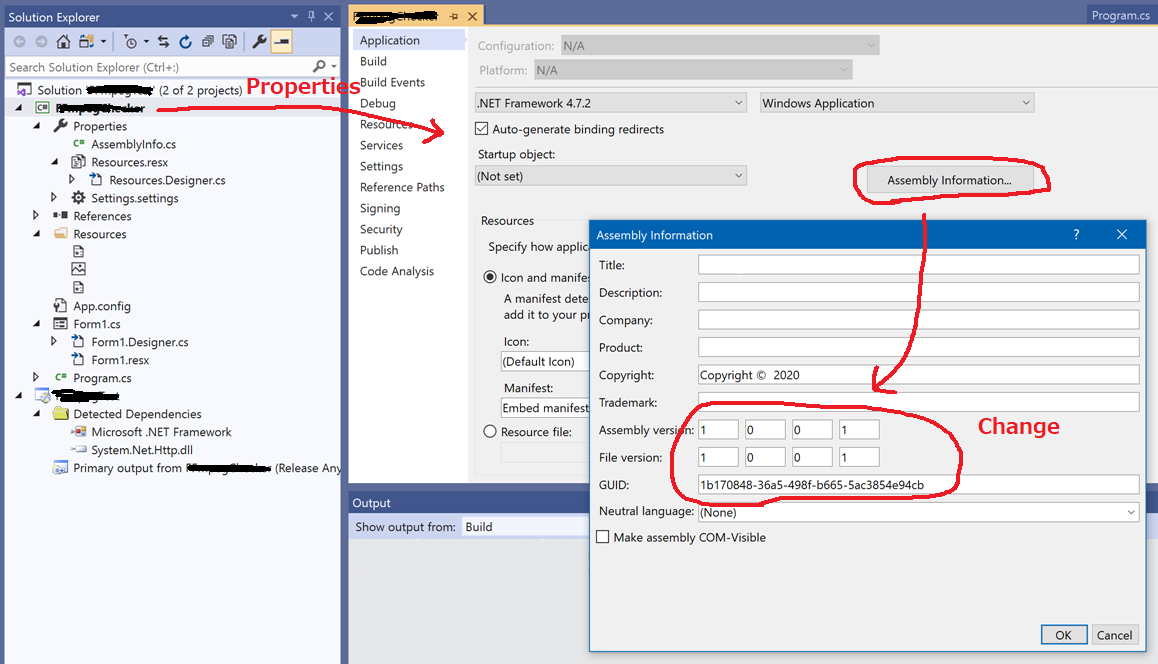 Not the answer you're looking for? Browse other questions tagged visual-studio-2010 visual-studio-setup-proje or ask your own question.