There are many blogs and discussions about WebSocket and HTTP, and many developers and sites strongly advocate WebSockets, but I still can not understand why.

For example (arguments of WebSocket lovers):

HTML5 Web Sockets represents the next evolution of web communications—a full-duplex, bidirectional communications channel that operates through a single socket over the Web. - websocket.org

During making the connection with WebSocket, client, and server exchange data per frame which is 2 bytes each, compared to 8 kilobytes of HTTP header when you do continuous polling.

Why do that 2 bytes not include TCP and under TCP protocols overhead?

This is ~48 bytes HTTP header.

Also, both protocols work over TCP, so all TCP issues with long-live connections are still there.

Before WebSockets, the only method for JavaScript applications to interact with a server was through XmlHttpRequest. But these have a major disadvantage: The server can't send data unless the client has explicitly requested it.

A regular REST API uses HTTP as the underlying protocol for communication, which follows the request and response paradigm, meaning the communication involves the client requesting some data or resource from a server, and the server responding back to that client. However, HTTP is a stateless protocol, so every request-response cycle will end up having to repeat the header and metadata information. This incurs additional latency in case of frequently repeated request-response cycles. 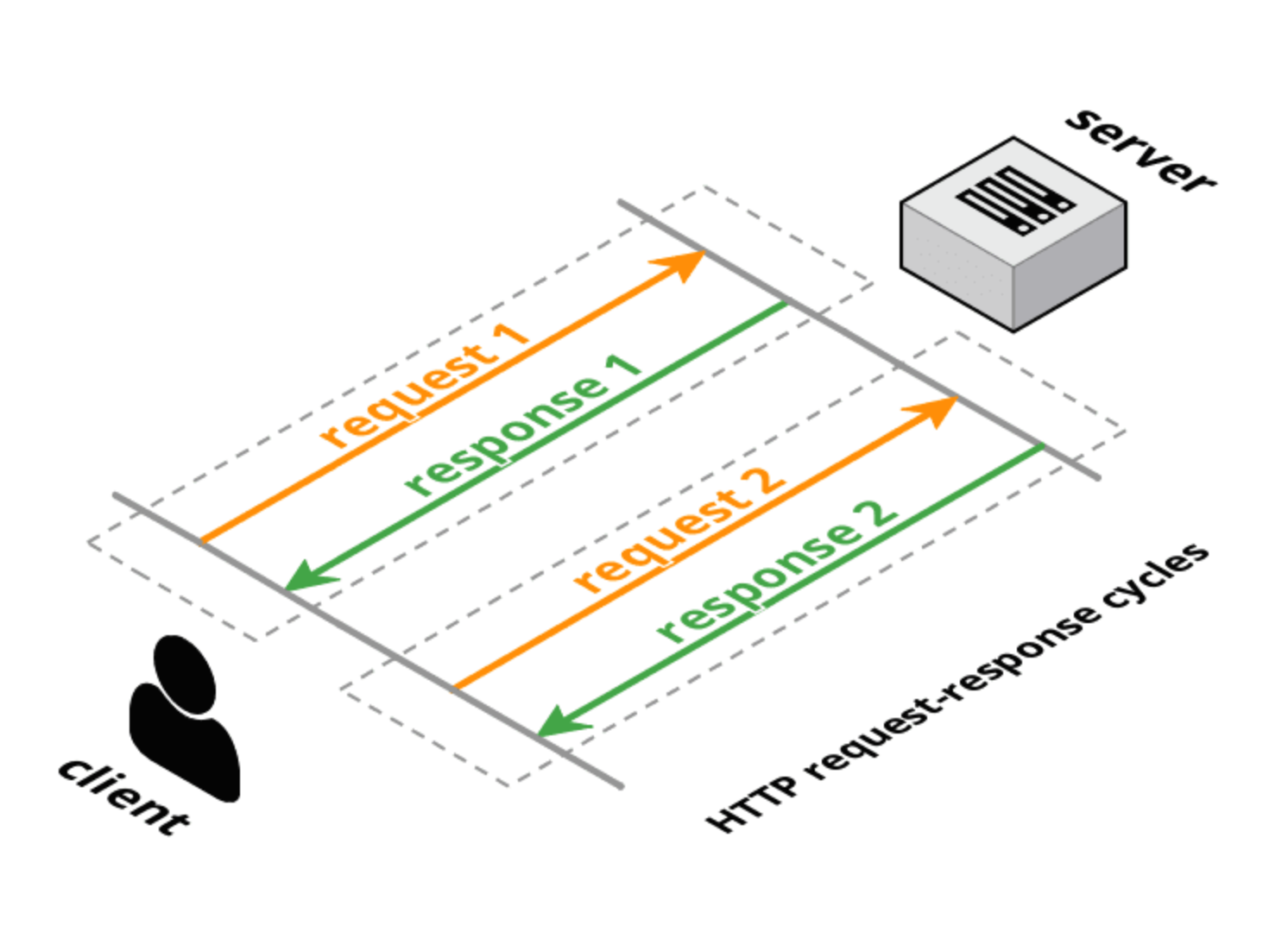 Now with WebSockets, it is possible to establish a full-duplex and persistent connection between the client and a server. This means that unlike a request and a response, the connection stays open for as long as the application is running (i.e. it’s persistent), and since it is full-duplex, two-way simultaneous communication is possible i.e now the server is capable of initiating communication and 'push' some data to the client when new data (that the client is interested in) becomes available. 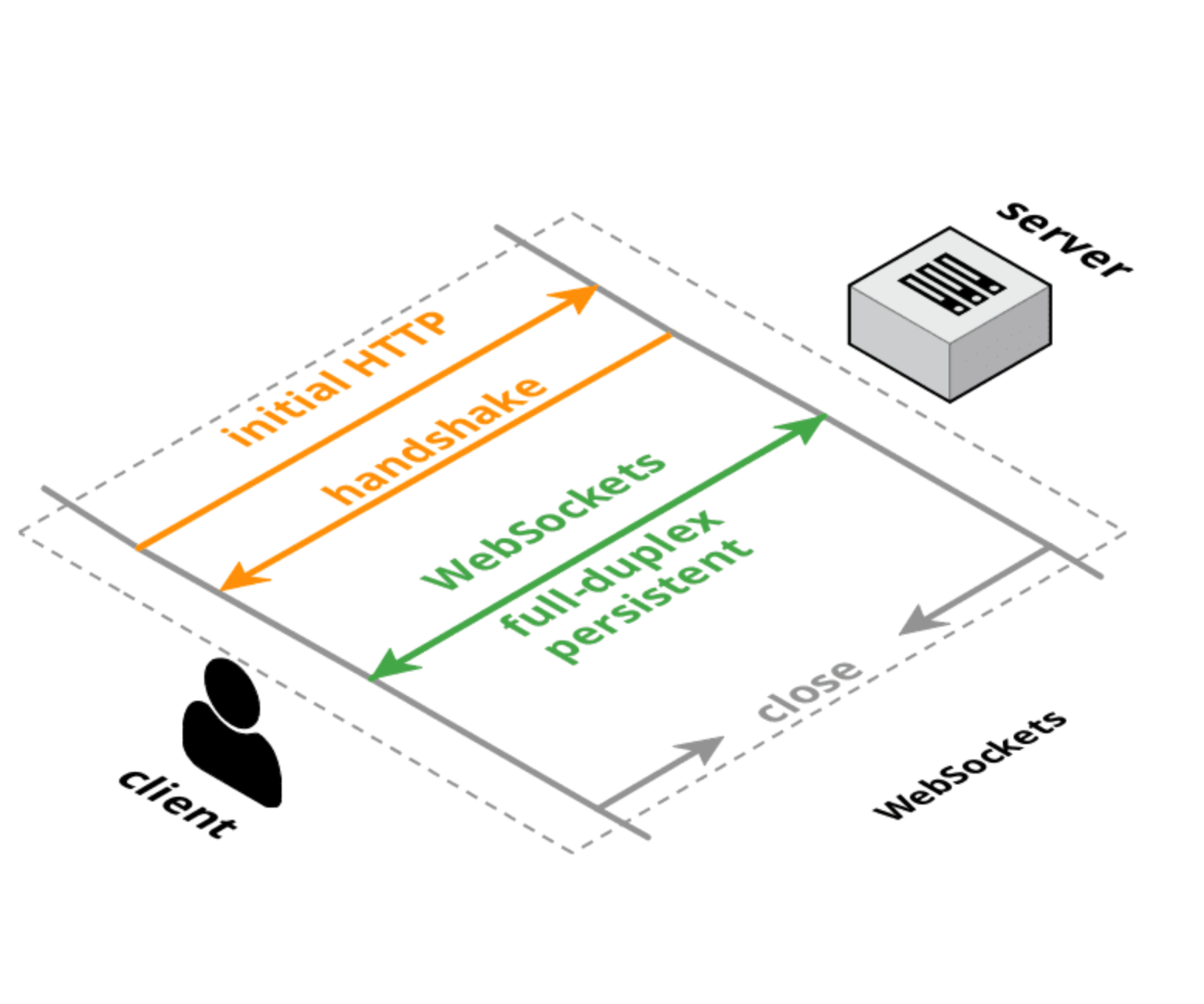 Here's a video from a presentation I did about WebSockets and how they are different from using the regular REST APIs: Standardisation and leveraging the exponential rise in data streaming

Why is the WebSockets protocol better?

I don't think we can compare them side by side like who is better. That won't be a fair comparison simply because they are solving two different problems. Their requirements are different. It will be like comparing apples to oranges. They are different.

HTTP is a request-response protocol. The client (browser) wants something, the server gives it. That is. If what the data client wants is big, the server might send streaming data to avoid unwanted buffer problems. Here the main requirement or problem is how to make the request from clients and how to response the resources(hypertext) they request. That is where HTTP shine.

In HTTP, only client requests. The server only responds.

WebSocket is not a request-response protocol where only the client can request. It is a socket(very similar to TCP socket). Mean once the connection is open, either side can send data until the underlining TCP connection is closed. It is just like a normal socket. The only difference with TCP socket is WebSocket can be used on the web. On the web, we have many restrictions on a normal socket. Most firewalls will block other ports than 80 and 433 that HTTP used. Proxies and intermediaries will be problematic as well. So to make the protocol easier to deploy to existing infrastructures WebSocket use HTTP handshake to upgrade. That means when the first time connection is going to open, the client sent an HTTP request to tell the server saying "That is not HTTP request, please upgrade to WebSocket protocol".

Once the server understands the request and upgraded to WebSocket protocol, none of the HTTP protocols applied anymore.

Why was it implemented instead of updating the HTTP protocol?

Well, we can make everything under the name called HTTP as well. But shall we? If they are two different things, I will prefer two different names. So do Hickson and Michael Carter .

The HTTP protocol is fully capable of full-duplex communication; it is legal to have a client perform a POST with a chunked encoding transfer, and a server to return a response with a chunked-encoding body. This would remove the header overhead to just at init time.

So if all you're looking for is full-duplex, control both client and server, and are not interested in extra framing/features of WebSockets, then I would argue that HTTP is a simpler approach with lower latency/CPU (although the latency would really only differ in microseconds or less for either).

2
What's the major difference between WebSocket and http protocol?
0
why engine io use polling first to establish the connection and then use websocket
5
SignalR and WebAPI, why use a combination of the two?
8
Why do we still use HTTP instead of WebSockets for building Web Applications?
3
Android: What is the benifit to use Socket over Web API for chatting?
4
Transmission of data in HTTP
7
Angular HttpClient stream
4
Decision whether to use simple HTTP requests or WebSockets
6
http Post and socket IO
3
Using node.js as a gaming server to keep track of game state
See more linked questions

6022
What is the difference between POST and PUT in HTTP?
2747
HTTP GET with request body
1672
HTTP status code for update and delete?
2078
How to use java.net.URLConnection to fire and handle HTTP requests
1369
Custom HTTP headers : naming conventions
1084
WebSockets vs. Server-Sent events/EventSource
1148
What are Long-Polling, Websockets, Server-Sent Events (SSE) and Comet?
145
My Understanding of HTTP Polling, Long Polling, HTTP Streaming and WebSockets
1659
How are parameters sent in an HTTP POST request?
1526
Android 8: Cleartext HTTP traffic not permitted