the other day I was trying to come up with an example of closure in Clojure. I came up with and example I had seen before and thought it was appropriate.

Alas, I was told it was not a good one and that I should provide something with let.

Can anyone shed some light?

A closure is a function that has access to some named value/variable outside its own scope, so from a higher scope surrounding the function when it was created (this excludes function arguments and local named values created within the function). Your examples do not qualify, because every function just uses named values from their own scopes.

Now foo is a function that returns the value of an atom that is outside its scope. Because the function still holds a reference to that atom, the atom will not be garbage-collected as long as foo is needed.

Another example of closure. There are two functions that share the same environment (state).

I wanted to have something that setup constant value(s) that are to be used each time.

This will only set a value for "constrand" once. This is a very contrived example, but I wanted to be able to do something like: 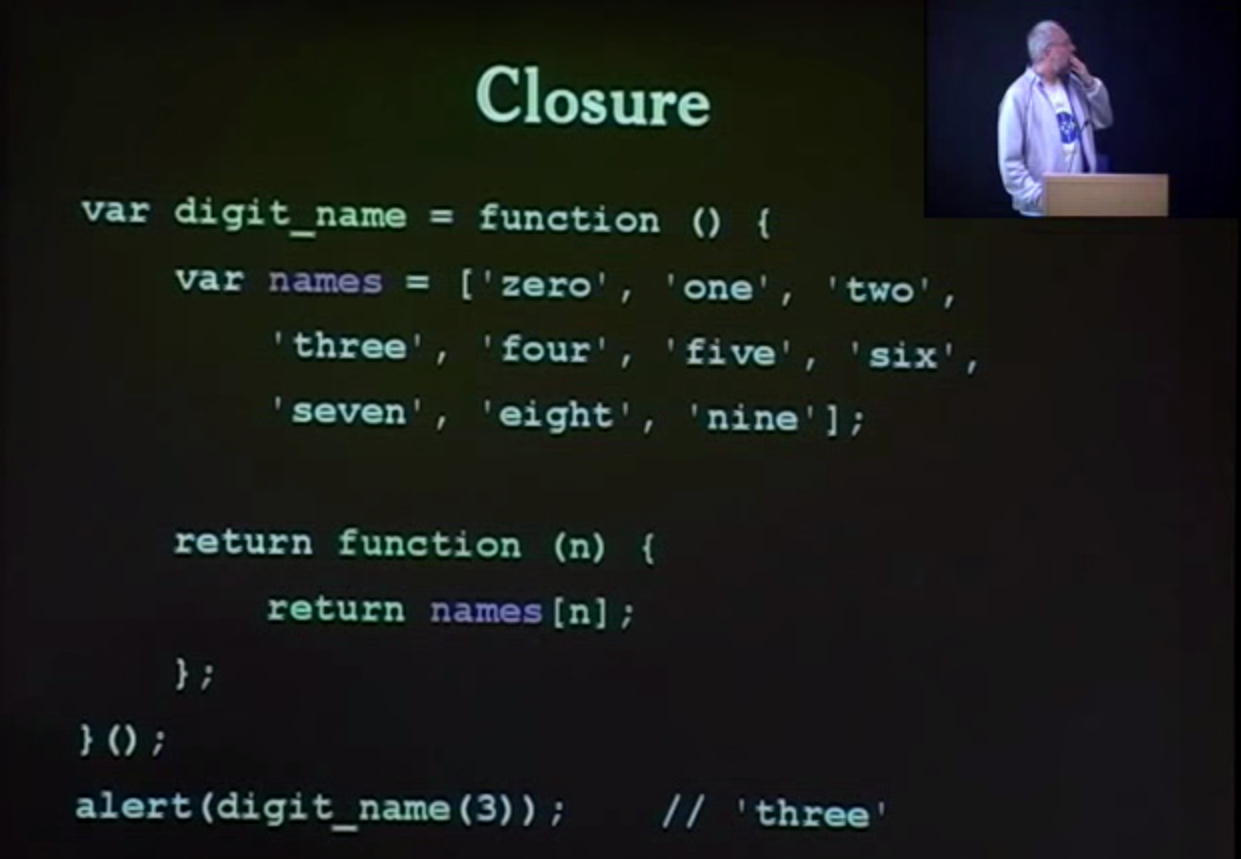 This is from: JavaScript: The Good Parts

Not the answer you're looking for? Browse other questions tagged clojure or ask your own question.

1
Numbering strings inside a vector in clojure

47
Best practices in building and deploying Clojure applications: good tutorials?
11
Clojure Metaprogramming Question (for a beginner!)
6
DSL in Clojure that replaces an object-oriented software solution?
2
Functions with closures and eval in Clojure
2
Transforming a map with a map of functions in clojure
3
Import local Java class into Clojure
4
How to implement fixtures in clojure expectations?