How to decode a packet received through WireShark & resolving some errors

We are capturing traffic using JN5148EK010 nodes via WireShark. The packets received are shown in the screenshot provided.

How to resolve that? 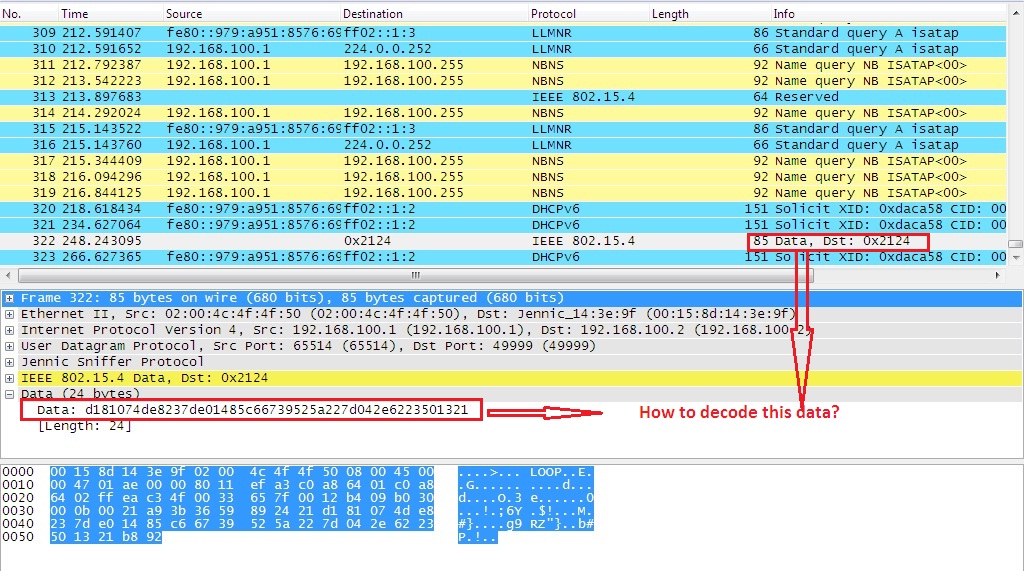 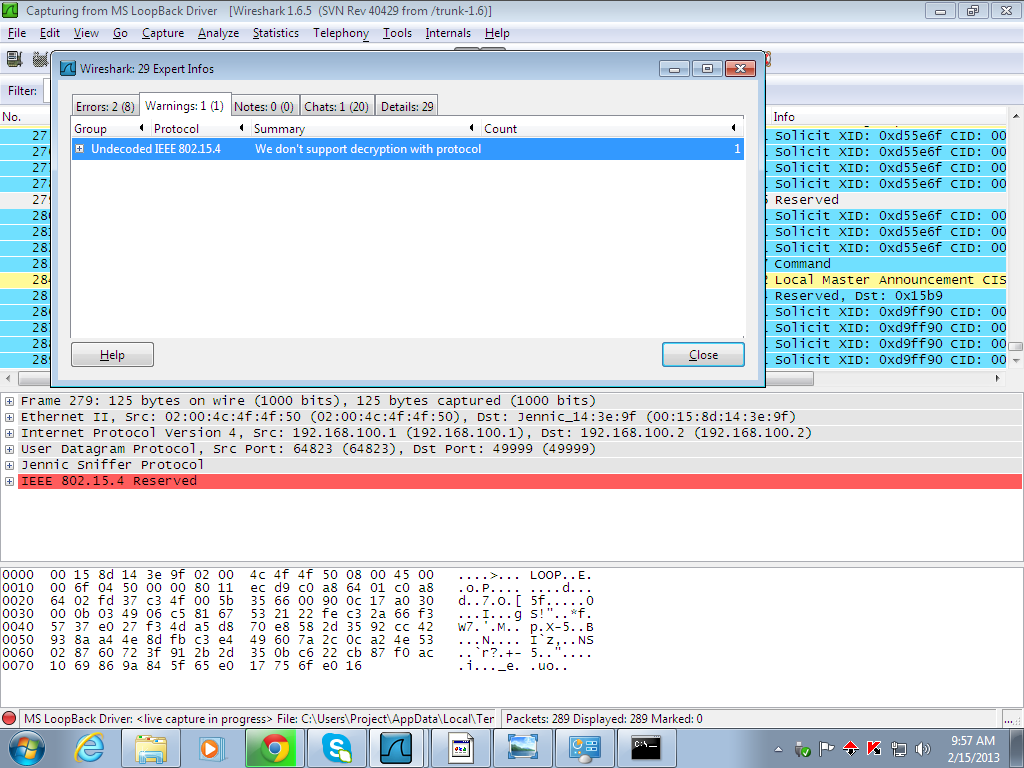 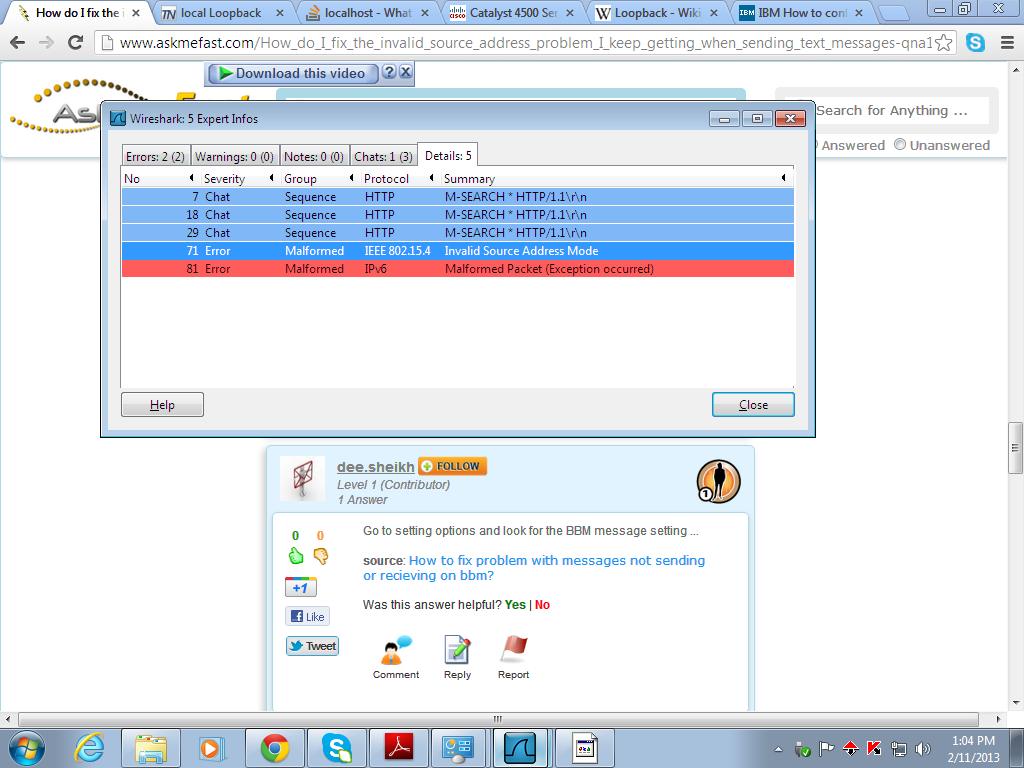 A quick web search suggests that Wireshark is being used with customized plugins (provided by Jennic ?).

The string "Jennic Sniffer protocol" is not found in the current Wireshark sources which suggests strongly that a customized version of Wireshark is being used.

So: i suspect you'll need to consult with the vendor and/or the vendor documentation (which I note discusses various configuration preferences).

In any case, it's basically impossible to say much without being able to analyze the actual capture; based only on the screen shots I'll just say the following.

Does that refer to the frame 322 that you've highlighted. If so, the message means just what it says (assuming that the attempted dissection is valid).

The "malformed" messages mean that the dissector(s) are unable to make sense of the data.

Bigger picture: Given the various "malformeds"and the warning about decryption not being supported, anything is possible...

Again, your best approach might be to consult with the vendor.

There have been many updates to the IEEE 802.15.4 dissector since then and as such, there's probably a very good chance that the updated dissector dissects the data you're interested in now.

I would recommend that you update your version of Wireshark.

Not the answer you're looking for? Browse other questions tagged wireshark packet-capture or ask your own question.

292
How to filter by IP address in Wireshark?
3
Filter traffic using wireshark's display filters
0
Wireshark Capture Filter Example
0
WinPcap doesn't collect any packets until Wireshark is started
2
How does work capturing packets (NPF; WinPcap)?
0
What is the best way to access data from a particular field in wireshark decoded packets