why does my colorbar have lines in it?

Edit: Since this seems to be a popular post, here's the solution that seems to be working well for me. Thanks @gazzar and @mfra.

Does anyone know why my colorbar has what appear to be lines in it? Or rather why is the color transition not smooth? I'm using basemap, obviously, but that shouldn't matter since it's all matplotlib calls under the hood AFAICT. I create the map doing something like

I tried without and without alpha and the result was the same. Maybe it is because my color_values array is not fine enough? Can I set the underlying values that are mapped to the colorbar somewhere? I don't see how, and I don't see this problem elsewhere. Ie., I can replicate the matplotlib show_colorbars example without this problem. 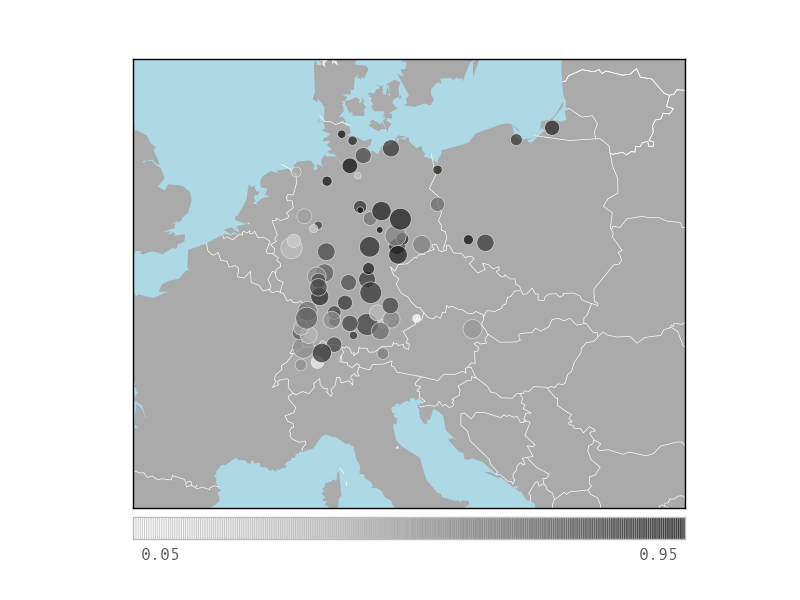 In case you create vector graphics, have you tried this (taken from http://matplotlib.org/api/pyplot_api.html?highlight=colorbar#matplotlib.pyplot.colorbar):

"It is known that some vector graphics viewer (svg and pdf) renders white gaps between segments of the colorbar. This is due to bugs in the viewers not matplotlib. As a workaround the colorbar can be rendered with overlapping segments:

However this has negative consequences in other circumstances. Particularly with semi transparent images (alpha < 1) and colorbar extensions and is not enabled by default see (issue #1188)."

It looks like your plot uses some transparent (alpha) values. I was having this same problem (semi-transparent plot, but wanted the color bar to be solid), and this question and answer fixed it for me! For reference:

I generally prefer to rasterize the colorbar contents to avoid this issue using Eric Firing's advice here by adding the following line.

This workaround supposedly fails for images with transparency, but for most normal cases it produces the desired result.

I tried both settings given on the other comments, namely

and unfortunately neither worked for me.

So I tried a completely different approach which is a huge hack, but at least gets the job done. When you pass alpha to imshow it sets an alpha value that will be used to blending with other images. Due to reasons of higher power (as @mfra has mentioned) this creates the white lines we so despise. Clearly the key then is to not pass an alpha value to imshow. However, we still need to somehow create the colorbar.

Thus as a workaround we can do the alpha blending ourselves before ever giving colormaps to imshow. As an example, let's use the winter colormap:

Here I create a new colormap, my_cmap_rgb, based on winter and then edit the non-alpha channels (0, 1 and 2) to do the alpha blending myself. I can then simply use this new colormap to plot my figure. 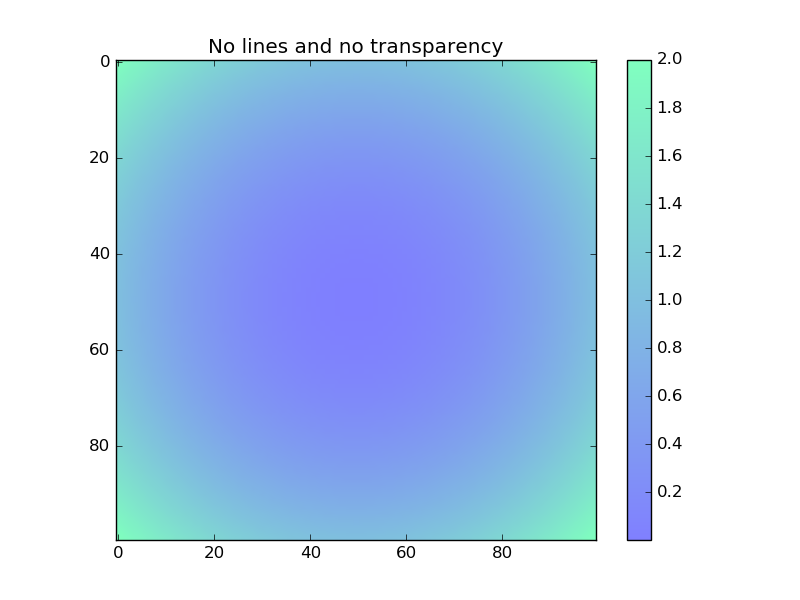 Now compare it with the image you'd obtain without this trick: 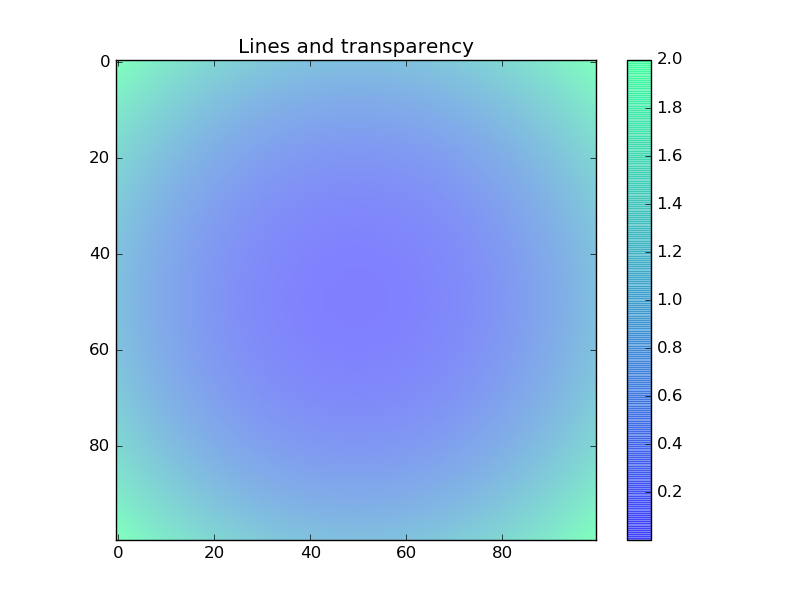 Clearly the problem is solved if you require no transparency. On the other hand, if you do require transparency, there is one more workaround. You have to first plot an image without transparency to obtain the colorbar, and then plot one with transparency, but whose colorbar won't be used.

This results in an image whose colorbar has no lines and yet still retains the transparency. While it remains a massive hack, at least we don't have to put up with these lines anymore! 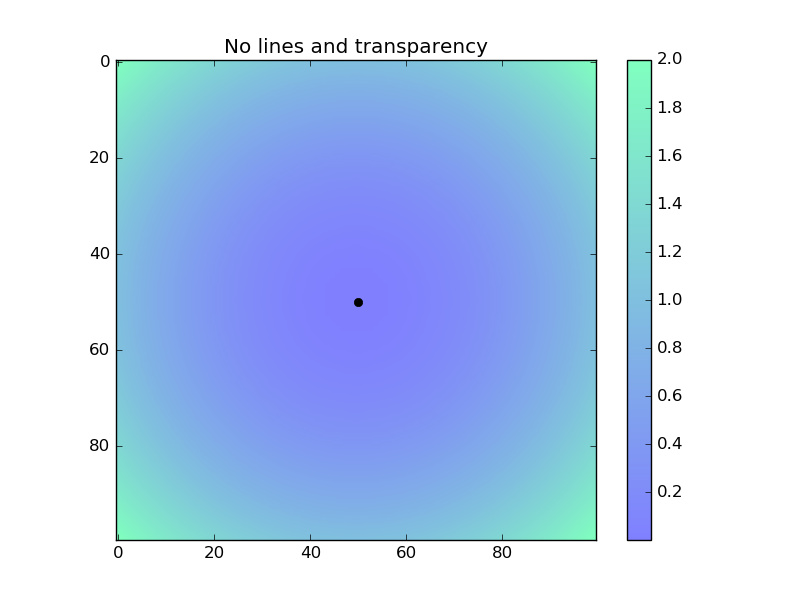 It is now well documented on the web (that I could find), but

(pulled from matplotlib/lib/matplotlib/colorbar.py) I think by setting drawedges to True you are telling it to draw those lines.

Since none of the other suggestions worked for me I ended up removing the alpha channel from the colorbar instance:

The colorbar had to be drawn once before being able to access the face colors.

The following can be another solution even if it is not elegant.

Not the answer you're looking for? Browse other questions tagged python matplotlib matplotlib-basemap or ask your own question.

21
Hide contour linestroke on pyplot.contourf to get only fills
32
Partially transparent scatter plot, but with a solid color bar
19
White lines in matplotlib's pcolor
3
Heat maps in python - with colors
5
How do I use colourmaps with variable alpha in a Seaborn kdeplot without seeing the contour lines?
0
Matplotlib: Add a custom colorbar that runs from full transparent to full color (remove artifacts)